On his new solo album, David Bazan searches for decency 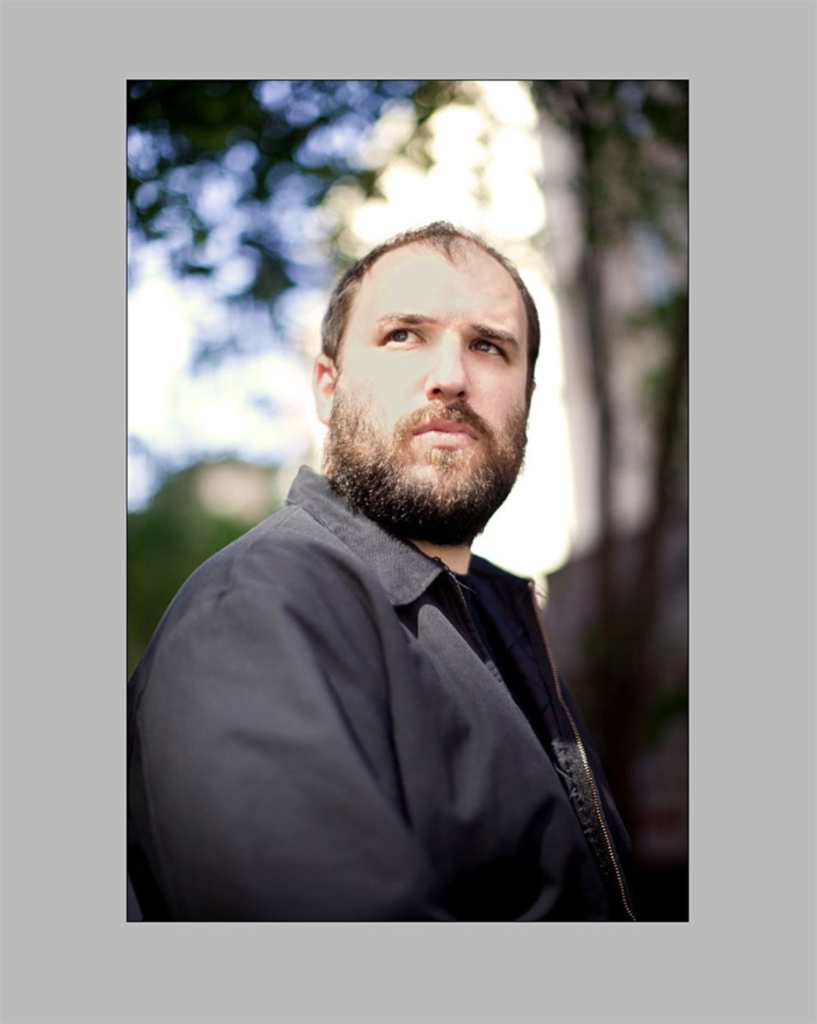 Toward the beginning of his new solo debut full-length, Curse Your Branches, David Bazan sings a chorus that, whether he means it to or not, encapsulates the basic premise of his entire body of work.

As the elaborate, midtempo rhythm of “Hard to Be” falls away, with just a keyboard wailing like a steel guitar in the distance, the weary-voiced Bazan sings, It’s hard to be a decent human being.

Throughout the album, Bazan dodges one temptation after another, most notably alcohol, which pops up as an insistent lure and source of near-constant regret.

If a clear conscience is hard for Bazan to come by — and, judging from his latest lyrics, it is — certainty is even harder to get.

A more overtly Christian songwriter earlier in his career, Bazan estimates that he first started drawing attention from a secular audience with It’s Hard to Find a Friend, the first full-length from his former band, Pedro the Lion.

“I was overjoyed when I first started to reach a wider audience because I was very dissatisfied in the Christian subculture,” Bazan says over the phone from his backyard in Washington state.

“There’s some very sincere pro-belief expressions on It’s Hard to Find a Friend,” he continues. “But it wasn’t universally accepted within the Christian community that I was a part of because the expressions were a little darker than they tended to prefer. But I didn’t feel like I was compromising anything. I felt like I had made a true expression of my struggling faith at the time.”

Though he is part of a small group of Christian artists who have found acceptance in indie rock circles — the Danielson Famile, Sufjan Stevens and Sunny Day Real Estate, to name a few — Bazan puts some of the acts in that group on a different artistic plane from himself.

“I hesitate to put Pedro the Lion in that same category. I don’t think Pedro’s music had going for it what Dan’s music does,” he says, referring to Danielson leader Dan Smith. “The template that I was working from was more stock pop and rock and roll. Dan’s thing was very imaginative, very punk. Just astounding. There’s a lot to grab onto that has nothing to do with the lyrics.”

Clearly, listeners found enough to grab onto in Pedro the Lion’s music. And, though Branches is rife with the same self-consciousness that Bazan wore on his sleeve throughout Pedro’s 10-year journey, he hasn’t exactly been harping on the same topic over and over.

Bazan has confronted his own agnostic tendencies for years, and faith itself isn’t the issue it once was.

“In 2004,” he explains, “if I filled out a questionnaire detailing my beliefs, people would say, ‘Well, you are a Christian; you just don’t identify as one.’ But then my answers for that questionnaire started to change. The question became, ‘If I stop believing certain points of doctrine, does the whole thing fall apart — like Jenga?’

“Since then,” he continues, “it’s definitely been a period of trial and error. But my moral center, my being, still hangs on something. Early on, I decided that empathy was a core value of mine, even with everybody who’s incompatible with the expression of Christianity that I grew up with.”

Without doctrine to focus on as much, Bazan tends to worry more about himself.

As far as demons go, however, the ones Bazan conjures on Branches don’t seem to have very sharp teeth. The image that he draws of himself on “Please, Baby, Please,” for example — in which he sings of phoning his wife after a gig and confessing to having just had a drink — falls closer to domesticated teddy bear than tormented artist.

But at the bottom of the beer glass where Bazan sometimes finds himself, alcohol merely stands in as a momentary distraction from doubt, which, more than God or love or anything else, has served as Bazan’s muse for the better part of his songwriting career. If doubt has been the source of Bazan’s enduring troubles, it has also provided him with the means to release himself from the shackles of religious dogma.

Ultimately, Branches argues that if you can make it into adultood and spare yourself the increasingly destructive denial it takes to cling to a belief system, then you’ve come out on top. Bazan may be weary, but he isn’t disillusioned. He knows where he stands — an agnostic with a cultural rather than spiritual attachment to Christianity — and he knows what he doesn’t know. That in itself brings a kind of peace.

As a musician, it always helps to have a wealth of catchy hooks at your disposal, and Branches is full of them. Arguably, it’s Bazan’s adherence to pop formula that continues to make his message compelling, even to people who don’t necessarily relate to his experiences.

For the first time in his career, though, he’s starting to open up to new, more group-oriented ways of capturing that formula.

His solution: Play bass in his touring band.

“If I can become fluent on the bass guitar,” he reasons, “I can dictate the chord structure of a tune. I’m not necessarily that keen on letting go of that at the moment. But if I have the chord structure and the melody that I like, the rest of the players can do what they want to do. I’m still not there yet, but hopefully by the time the next record rolls around, I can go into different guys’ studios with bass lines and some vague sense of the drums and have everybody just pile shit on top.”

Likewise, he’s “still not there yet” with his beliefs. He still struggles with how to define his own sense of decency. But his unremitting sense of uncertainty plays to his advantage.

“It’s such a benefit,” Bazan says, “to at least even realize you’re seeing life through a lens that might be distorting what you’re seeing.”