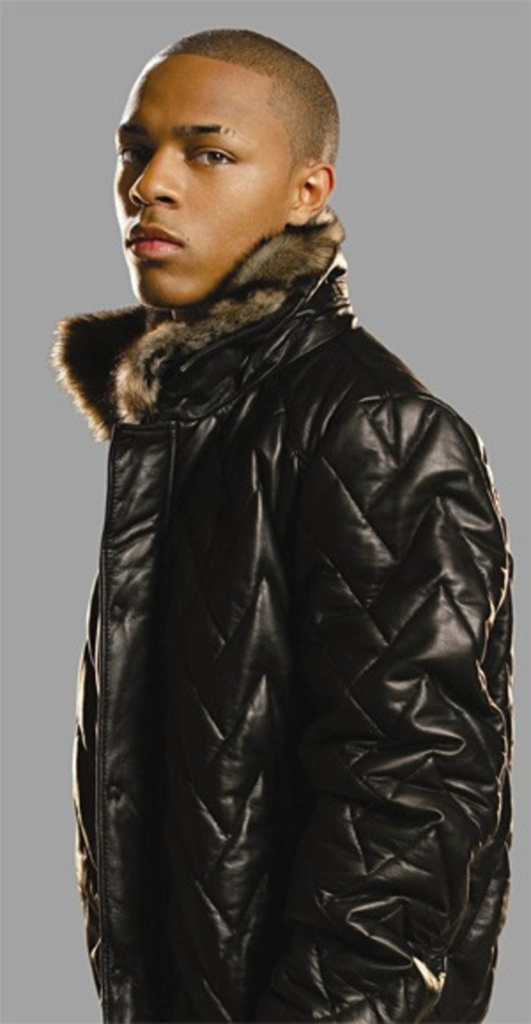 A pint-sized novelty who made preteen girls swoon with his 2000 debut, Beware of Dog, Bow Wow has somehow evolved into an elder statesman in the hip-pop genre. Now 20, he has split with longtime producer Jermaine Dupri, and his sixth CD, Face Off — a collaboration with B2K’s Omarion — arrived last month. The Columbus, Ohio, native, whose real name is Shad Gregory Moss, answered questions by phone from his suburban Atlanta home. He talked about Dupri, his infamous comments about Will Smith and his advice for tourmate Soulja Boy, the rap newcomer with a penchant for urinating off hotel balconies.

The Pitch: On Face Off, you do the rapping and Omarion does the singing. Kind of like the Jay-Z and R. Kelly collaboration.

Bow Wow: It’s sort of similar, but it’s not. There’s a lot of things that are different. I have a lot of pressure on me with this album. I’m stepping away from Jermaine and just trying to prove to myself and to other people that I can do it.

Do you and Omarion have different taste in women?

My taste is different because I’m pretty much open to anything. O has an ideal picture of how he wants his woman to act. His level of maturity is very, very far. I’m kind of different. I’m still the one who likes to wild out, go out. I like the more wild girls, and O is into the more conservative type of thing.

”Shortie Like Mine” by Bow Wow feat. Chris Brown

As a rap veteran of sorts, what advice would you give to Soulja Boy?

Number one, don’t listen to what nobody got to say, because right now Soulja Boy’s been catching flack. [Some artists] feel like anybody can go into the studio and say “you” a hundred times and have a hit record. But one thing that you can’t take away from him is his stats. Right now, he’s got the biggest record out, period. If you asked a lot of rappers to make records like Soulja Boy, they couldn’t do it.

What do you think about that video circulating of him peeing off a hotel balcony?

[Laughs.] People don’t realize that he’s only 17. He’s just a kid. I’m not saying that’s the right thing to do, to pee off a hotel balcony. But people need to realize that Soulja Boy is Soulja Boy. He’s a wild 17-year-old. I would tell him, Don’t do that no more, because it’s nasty! That’s very disgusting. I actually saw the clip. It’s crazy. But that’s what makes Soulja Boy Soulja Boy.

Do you still believe what you told XXL in 2005, about Will Smith not being a real rapper? You also said, “The only real rappers out there right now are me, Kanye, 50 and maybe Jay. But Jay ain’t in it like that no more.”

That a crazy statement! [Laughs.] I look at that, and I’m like, Why did I say that? What I meant was … I get so many comparisons to Will Smith. It’s not a bad thing. It’s a great thing. I do like Will a lot. Actually, after that interview, I called him personally and asked him to have a one-on-one with me in my trailer. So we talked everything out. What I meant by the comment was, at that moment, I had two No. 1 records already, and I was the only rapper who was headlining his own arena tour. And the only rappers that was hot at that moment — at that moment — was 50, Kanye, and Jay was on the Fade to Black thing. They didn’t put all of that in the interview.

Why did you break off from Jermaine?

The main reason was to discover who I am. My whole career, I’ve wanted to write my records. I want to be more involved with the direction my music goes, and I can’t do that when I have a coach that I’m playing for, and he draws up the plays. I’ve learned everything I can from Jermaine, and now I’m ready to move on. I’m so smart that, when my fans hear the music — especially my next album which I might do myself — they’re really not going to be able to tell whether Jermaine was part of the project or not.