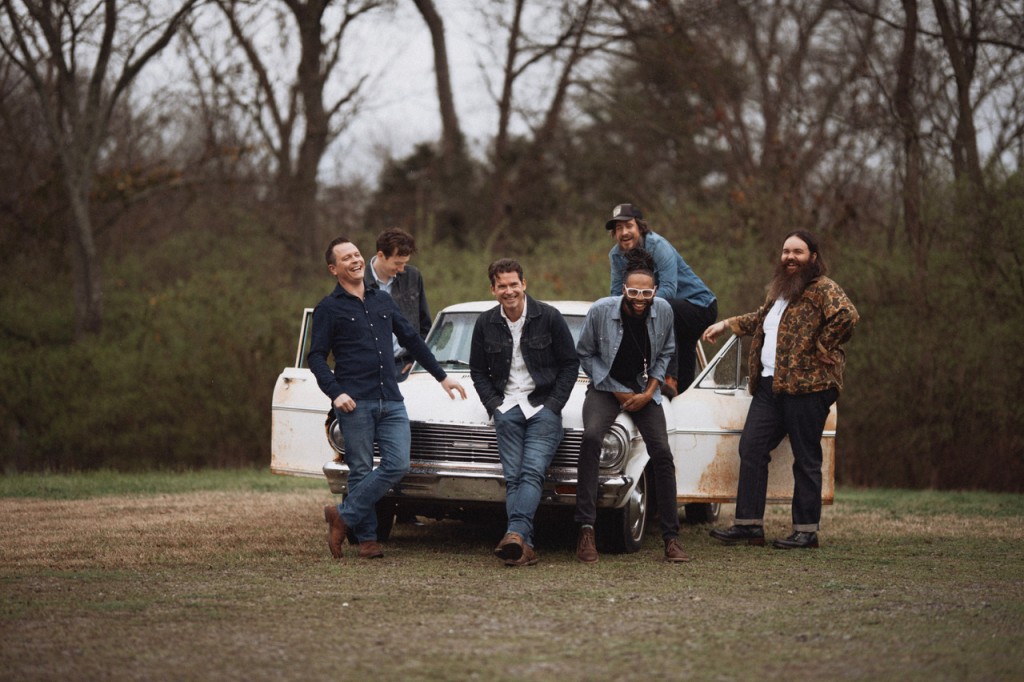 Over the last 20 years, Old Crow Medicine Show has gone from bluegrass buskers to a genuine musical institution.

Their song, “Wagon Wheel,” was co-written by the band’s frontman and fiddle player, Ketch Secor from a snippet of unfinished Bob Dylan music. It’s now one of those omnipresent country songs to which everyone knows the words—like a 21st century “Friends in Low Places.”

The band just announced their latest album, Paint This Town, due out on ATO Records in April.

The longtime road warriors make their return to Kansas City on Thursday, December 16, at the Uptown. We reached out to Old Crow Medicine Show’s Ketch Secor to discuss touring, the new album, and their connection to the area.

The Pitch: As anyone who watched Ken Burns’ Country Music series knows, you all have a deep connection to the roots of country music. How do you keep that connection, while also not wallowing in nostalgia?

Ketch Secor: I’ve always been a fan of roots music, especially country’s roots, but working with Ken and his amazing staff helped me further appreciate the depth and richness of the whole country music story. Looking forward to the next century of our genre, I hope Nashville will always remember its roots and lift up those seminal figures who paved the way.

A lot of people watched that series during the global pandemic and the intensity of Trump’s last year in office (?) and that makes me happy to be a small part of of a free American television event where people went looking inward during a time when so much strive was occurring outward.

Your next album, Paint This Town, will be the first in four years, and follows the release schedule you’ve had over the course of your career. Is part of the lengthy time between releases due to your extensive touring schedule?

A lot has happened in the past 4 years, both in our lives and in so many others’, it’s a wonder anybody gets to the privilege of talking about their new music these days and so I’m glad ya asked!

Yup, we didn’t put out a studio record cuz we were in the process of turning this old tool and dye factory into a recording studio, and then once it was ready to rock, the tornado hit.

Then John Prine died and the heaviness of COVID-19 struck Nashville, and it’s kinda been a wash since then. Lucky enough, we got our place ready to record by late winter of 2021 and waxed an exciting new album, with a brand new lineup and a whole lotta good vibes and spirit(s).

The new album is described as one which “shines a light on the darker aspects of the American experience.” Given that Tennessee Pusher explored the Appalachian drug epidemic long before most folks were aware of the opioid crisis, how is that even possible?

Every band has their Big Pink and we had ours on the backside of Beech Mtn. It was gritty and sometimes ungodly and mostly far out. But the thing about Old Crow’s brief time as inside outsiders in Appalachian squalor that hindsight always reminds me of is that we did it before the opioids hit.

See, in 1999 nobody in the mountains of Ky, W.Va, Tenn. had swallowed enough oxycontin to know the hurricane was about to hit, and yet you could hear the hunger for a shitstorm medicine that takes pain away.

The Southern Highlands, and especially the coalfields, are a soulful American place that should be lifted up and revered. Celebrated. And yet over the past century by some dope dealer or another they’ve always been preyed upon, misled, ruled over, and pillaged.

The video for “Paint This Town” is a raucous series of parties and a paeon to youth. When you think back to your time busking and playing rough, what does that bring to mind now?

Well, we sure had a good time on the curb, yes indeed. It was a damn ball being a busker band in Nashville before all the bachelorettes showed. But I wouldn’t do it again unless I had one of those big aprons like Gallagher used to spread over the front row. Too much watermelon in this town.

There’s a song on the new album called “John Brown’s Dream.” Given your longtime connection to Lawrence, Kansas, was that part of the impetus behind it?

As a mostly Easterner who happened to turn age seven in St Louis in ’85, everything I knew about Kansas came from the not-from-Kansas KC Royals.

When I learned in high school American history about Bleeding Kansas—about Quantrill and Frank James and Cole Younger—I was riveted. Then when Old Crow first traveled to Lawrence and played on Massachusetts Street, and I tried to make sense of why it was called that, well that’s when it all started coming together. Places like Lecompton and Pottawattamie started having a special ring to ‘em. Wakarusa, too. And I began to understand how Kansas had this unique legacy.

I love John Brown, I think he’s the most American hero ever. Fuck the rest of these so-called outlaws. Here’s this fundamentalist, evangelical, gun-toting, murderous zealot who plans an insurrection because of the voices he can’t stop hearing. But this guy was doing it in the name of ending slavery.

This is neither here nor there, but I’ve always been curious as to what it’s like for the members of OCMS to see “Wagon Wheel” go from this underground song to a massive cultural phenomenon over nearly two decades. How is, it being a new addition to the Great American Songbook (and, maybe, the “no more ‘Wagon Wheel'” pushback)?

I wrote it when I was a teenager, away at school, in the year when girls my little sister’s age had posters of Hootie and The Blowfish on their walls. My sister didn’t: she had TLC. I had a poster of Robert Smith in lipstick on mine. In my CD rack, probably the best collection of Bob Dylan bootlegs a 17 year-old could have pre-internet anywhere in New Hampshire.

I heard a 38-second song fragment that sounded to me about as powerful as John Brown marching into Harper’s Ferry the night of October 16th, 1859. The rest is history.

A previous version of this piece incorrectly stated David Rawlings as a co-writer on “Wagon Wheel.”