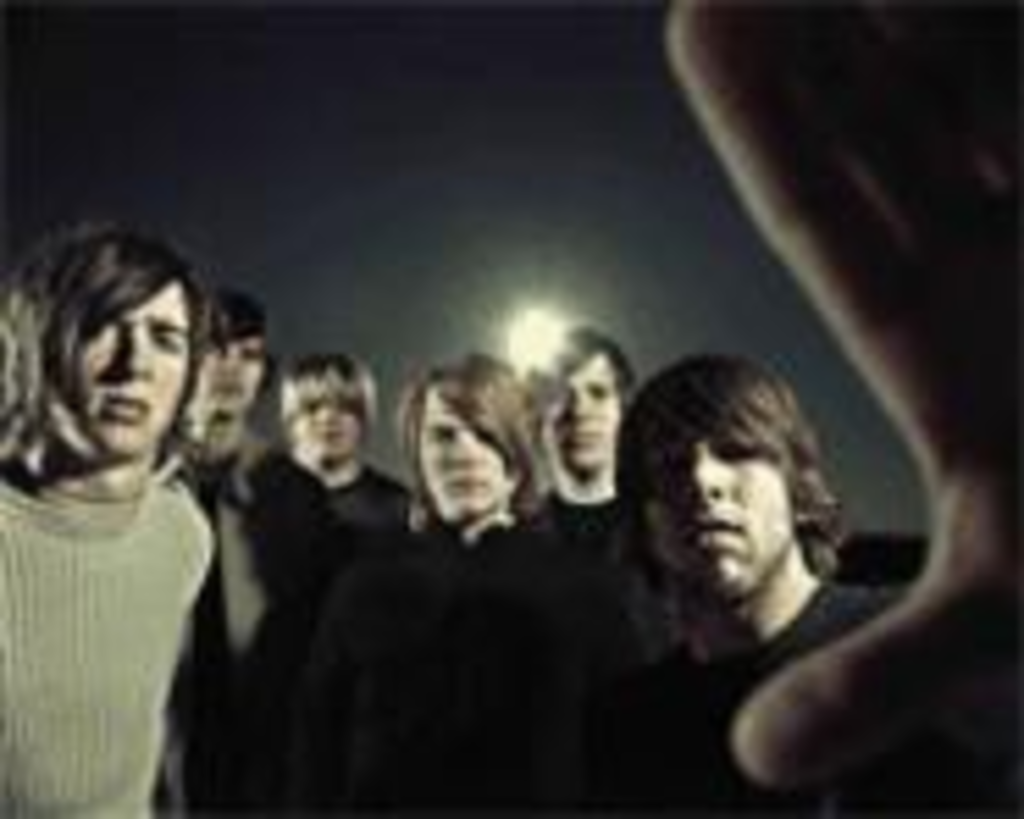 Tim McTague, guitarist for UnderOath, place your right hand on the Bible and swear to tell the truth, the whole truth, and nothing but the truth …

CH: How do you feel about being labeled a Christian metalcore band?

TM: I think that’s exactly what we’re here for, honestly. It’s why the band exists, and I know that’s why I make music. Besides, it’s one of those things where, if you’re going to be labeled something, why not get labeled something you’re proud of being?

Have you ever got the impression that your label was afraid of trying to market a Christian band?

I think to an extent. People at our label support what we do, as does our team. But I think, like with our publicist, we’re the only Christian band they used, so when that topic comes up it’s sometimes toned down. They send out bios that’ll be like, “They’re faith-based, but they’re just a good rock band from Florida.” You know, trying not to pigeonhole us, ’cause I think that’s what their job is, to make us as accessible as possible to other people.

Was your intention always to become a mainstream band?

That was always our focus. We never wanted to be in the Christian market. We feel like we’re at home now, on the road, here, playing normal clubs with normal bands. There’s a lot of stuff in the Christian market that kind of upsets me a bit. It’s not worth getting into, but I honestly don’t understand why there’s a Christian market at all. We should be like, “We’re all bands, we’re all musicians, and we should just accept ourselves for our diversity.”

You’ve just wrapped another tour with the Used. Can you explain how one of rock’s most clean-cut bands got hooked up with some of its most infamous partiers?

When I’m out with the Used, I don’t think, Man, I’m out on tour with the scum of the Earth. To me, they’re just normal dudes, like anyone I’d hang out with at home. They’re just good people and good friends. People think it’s such a huge thing to have us around, like it must be awkward, but it’s not an issue on that level.