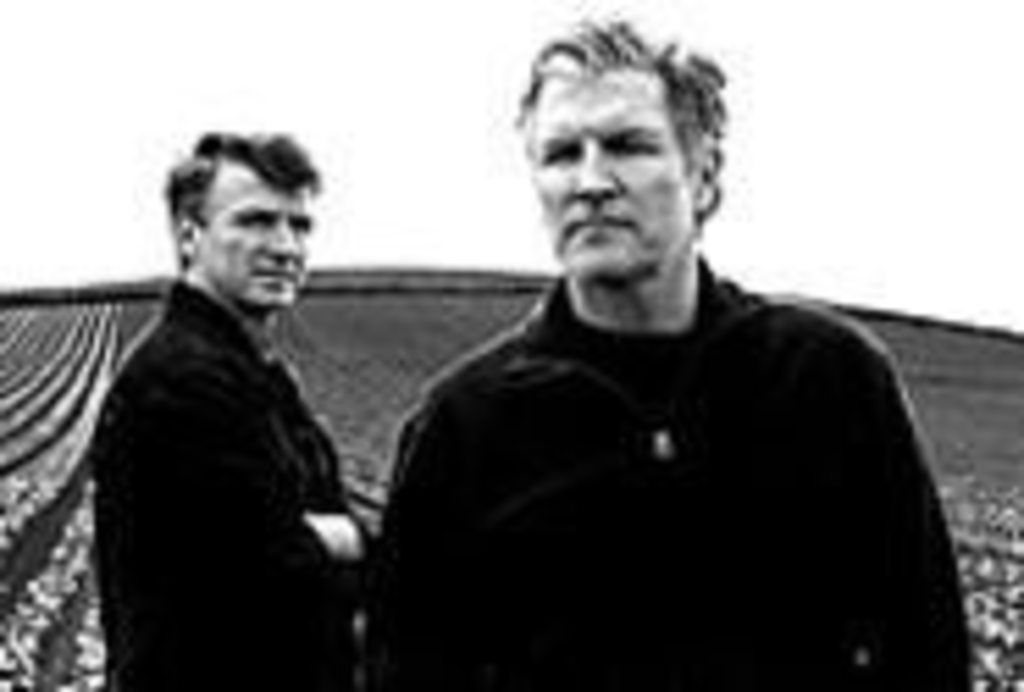 Brother acts are notoriously volatile. If the Davies brothers had just gotten along, we might have had the Kinks at the Super Bowl this year instead of that meager Paul McCartney set. If the Gallaghers could stop killing each other onstage, Noel and Liam might expect to take Oasis to the Rock and Roll Hall of Fame.

Yet here are the Finn Brothers, founders of Split Enz (Tim Finn’s band, progenitors of theatrical pop) and Crowded House (Neil Finn’s harmony-driven masterpiece) playing together 28 years into their artistic relationship. Think of it this way — if the Madden twins stay together that long (shudder), we’ll be downloading Good Charlotte bits in the year 2024.

“I think with other sibling relationships, like the Davies or the Gallaghers or like the Bee Gees — there’s plenty of ’em — there’s usually one brother who does most of the writing,” says Tim Finn, 52, the elder of the two. “We’re a lot more even. We both write songs and we both sing. We go head-to-head and neck-to-neck. We both have strong opinions, and we’re both quite proud people. Generally, we manage to work it out.”

Their secret might be that they never really intended to work as brothers.

“We sang together as kids, but after that it broke up for quite a while” Tim Finn explains. “I started Split Enz in 1972, and in ’77 Neil joined that band, and after that he formed his own band.”

Crowded House put out two albums before Tim joined for 1991’s Woodface, co-writing classics such as “Chocolate Cake” and “Weather With You.”

“We came together and went apart a number of times,” Tim says. “We never wanted to be a brothers act until now.”

On this tour, with fellow Kiwi singer-songwriter Bic Runga, the Finns are exploring brand-new versions of old favorites. Their 2004 album, Everyone Is Here, solidifies the Finns’ place alongside bands such as XTC and Squeeze, musicians who make luscious pop music about serious business.

“We dedicated the album to our mum, who passed away four years ago,” Tim says. “It’s not that every song is about her by any means, and she wouldn’t want that anyway — she’d be telling us to just get on with it. She would have a good Irish, black sense of humor about that.

“But she’s in there, and so are all the people we’ve known,” Tim continues. “That’s why we called it Everyone Is Here, because everyone from our past has inspired us or been an enemy to us or whatever, but they’re all in there. It’s like a gathering of all those people. Somebody told us they listened to the album and straightaway rang up their brother, and I thought that was cool.”