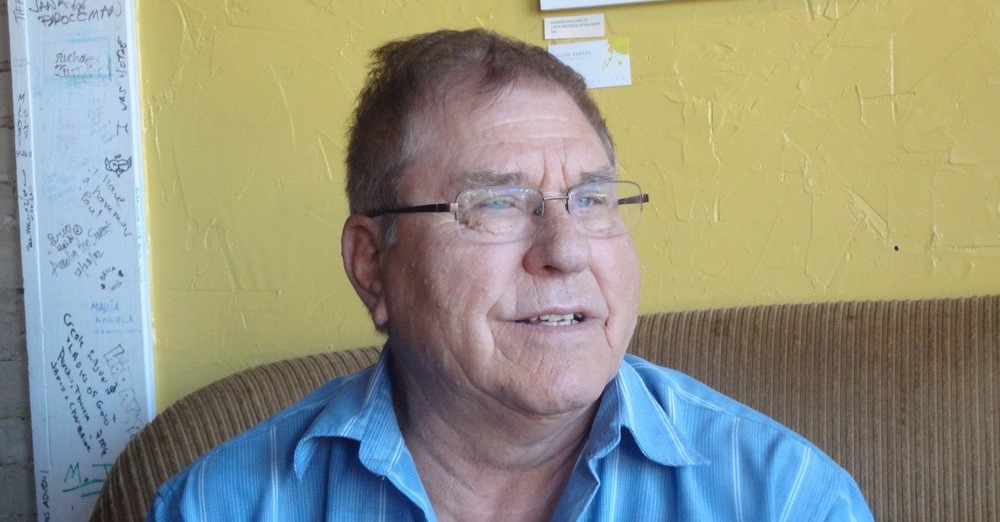 When it came time for Kansan Courtney Farr to write the obituary for his father, who died after contracting COVID-19, he did not shy away from shaming the factors that led to tragedy.

“Marvin was born May 23, 1939 to Jim and Dorothy Farr of Modoc, Kan.” reads the obituary. “He was born into an America recovering from the Great Depression and about to face World War 2, times of loss and sacrifice difficult for most of us to imagine. Americans would be asked to ration essential supplies and send their children around the world to fight and die in wars of unfathomable destruction. He died in a world where many of his fellow Americans refuse to wear a piece of cloth on their face to protect one another.”

Farr’s hometown, Scott City, Kansas, like many small towns, avoided the high death tolls of COVID-19 that larger cities suffered. However, Farr writes on Facebook, many in the town denied the risks of the coronavirus, and adopted anti-mask attitudes.

“I’ve spent most of this year hearing people from my hometown talk about how this disease isn’t real, isn’t that bad, only kills old people, masks don’t work, etc.” Farr writes. “And because of the prevalence of those attitudes, my father’s death was so much harder on him, his family and his caregivers than it should have been.”

While Farr wrote on his Facebook post that he was “grieving and angry,” his remembrance of his father paints a full picture of the life that was lost.

“He would look after those who had harmed him the deepest, a sentiment echoed by the healthcare workers struggling to do their jobs as their own communities turn against them or make their jobs harder,” the obituary reads. “He would also fail those who needed him the most at times, as he was still human, with his flaws and limits. Marvin was a man of the community. His membership in the Anthem Masonic Lodge #284 and the Scott County Shrine Club mattered to him for both the camaraderie of his brothers and for the good works that they facilitated, the most visible of which is the Shriners Hospitals for Children network. Even in a social organization, he chose one that centered the health and medical care of others.”