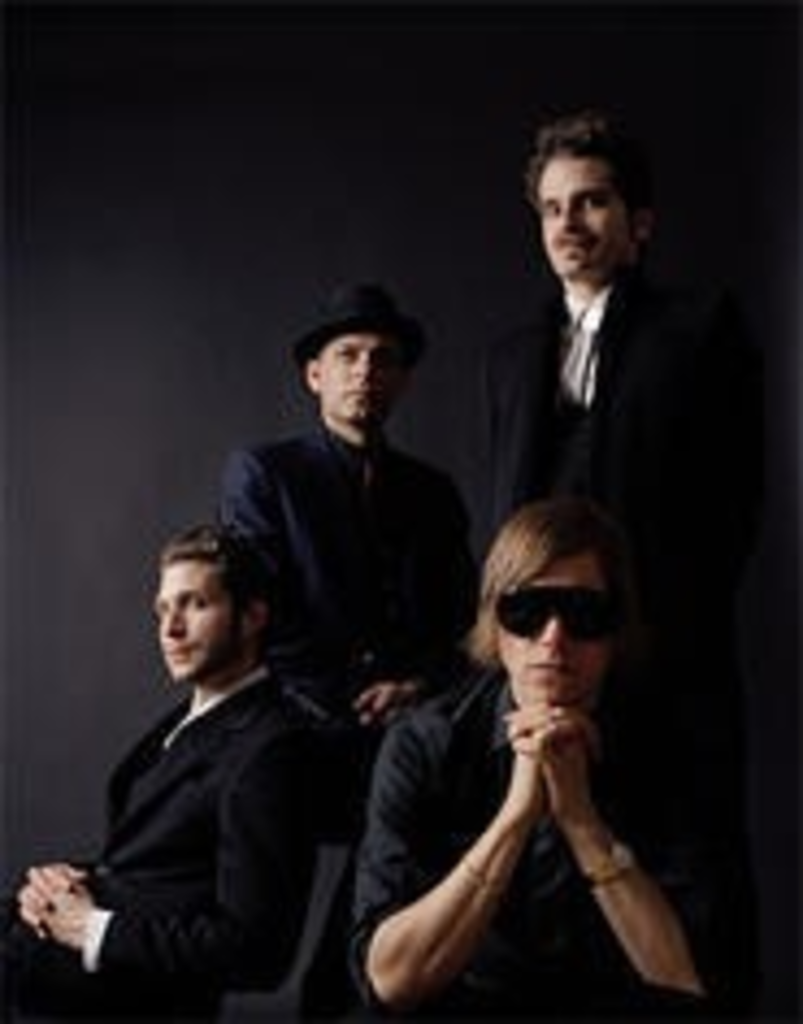 Interpol, the biggest indie-rock band of all time of the moment, just returned from a European tour and begins an American leg, which will take it to places such as Grand Rapids, Michigan, and Covington, Kentucky. Then it’s off to Japan, Europe again, Canada, back to the United States and then back to Europe in November. It’s all an effort to get filthy rich. Or perhaps, if you believe guitarist Daniel Kessler, it’s more about supporting the band’s third album and major-label debut, Our Love to Admire, which entered the Billboard album chart at No. 4 in July.

Kessler: Long drives — really screws up your schedule. So it was a little rugged, but all in all it was good, man. Good responses.

When you’re playing the heartland, where you might not know people — say, Kansas City — do you still put in a balls-to-the-wall effort?

Yes. I wouldn’t be surprised if maybe some of our best shows have been in places in the middle of the country. Everything I have to give that day, I want to give. The only way I can really play shows is to kind of strive to basically lose myself in my moment. I have to stop thinking of things and fall into the patterns and the intensity of the music. I try to do that every single time. It has nothing to do with the city. Sometimes you do places where bands don’t come through all the time, so when you play there, they give you a really warm reception, and that appeals to you as well.

“The Heinrich Maneuver” by Interpol:

Do you ever stop to appreciate your charmed life?

I definitely do. We spent four or five years kicking around New York City, with no one really caring about what we were doing, no record labels showing any potential interest. That really put things in perspective. Now people do care about what we’re doing, and I get the opportunity to write and play music every single day. I guess my point is that I haven’t forgotten those days. It’s funny — I don’t know that I think that I live a charmed life. I feel very fortunate.

Do you read your major press?

No. I really don’t read any press. For no reason — well, actually, for a very good reason, but not for a specific reason. I stopped reading it very early on, and not because of anything negative. We always got pretty good press, but it just felt like there was no real need for me to do that. It wasn’t really for me to read. There’s nothing I’m going to gain from it. I think I learned that the first time we did Letterman. We watched ourselves after that, in a room with the record label and our friends, and it just felt kind of terrible for me.

I’m totally happy to do press, and will express myself the best I can, but ultimately, after it’s done, there’s nothing I can do about it. I’ve got to move forward. It has become part of my system, like survival mode. Not thinking in those terms just lets me keep writing songs at my own pace and not thinking about anything else or anyone else when I’m writing them.