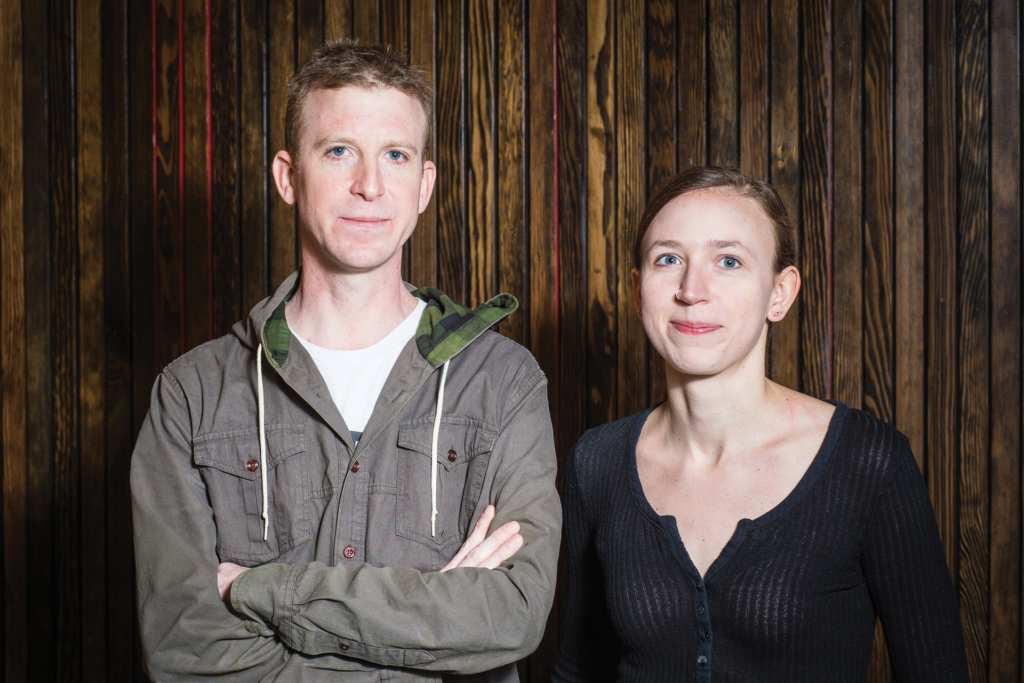 When people describe the five-year-old Westside restaurant Novel, they inevitably use words that allude to its modest confines. Intimate. Romantic. Cozy.

These descriptions are plenty accurate. But they describe an atmosphere that owners Ryan Brazeal and Jessica Armstrong never intended for their restaurant. Despite all Novel’s genuine charms — from the rich, warm wood that lines its walls and floors to its location in a turn-of-the-century shirtwaist house in one of the city’s most desirable neighborhoods — the couple is ready to leave it behind. They are eager to leave it behind.

“We outgrew the space before we opened the doors,” Brazeal says, sipping coffee six weeks before he plans to close those very doors and relocate Novel to the East Crossroads. “Our reception in Kansas City exceeded my wildest expectations.”

The Westside space (previously home to Lil’s) just happened to be available at a time when Brazeal had moved to Kansas City from New York and was looking to open his first restaurant. Operating in a 100-year-old residential home meant he had to tailor his menu to accommodate such an atypical dining space. The kitchen is small, the corners tight. A stairwell separates the kitchen and many of the guests. If Novel was a sleepier type of restaurant, such quirks might have been easier for Brazeal and Armstrong to stomach. But the place was a hit right out of the gate. And what many guests found charming about Novel were the exact same things giving the owners logistical headaches.

“The staircase is in the middle of the house,” Brazeal sighs. “That I-Beam is in the way. Whenever it rains, water comes through the ceiling. Utility bills are three times the rent. Some people love it, but the [main complaints] are: It’s too small, it’s too tight, it’s too hot, it’s too cold. To run a successful business, you can’t have people turning around and walking out.”

And so, on Saturday, March 24, Novel will serve its last meal at 815 West 17th Street before hopping a mile east to 1927 McGee, in the East Crossroads. There, Novel will inhabit a space that Brazeal and Armstrong own and which they have designed from the ground up.

The move represents more than just a change of scenery. Brazeal and Armstrong are aiming to shed Novel’s reputation for being a fussy, special-occasion type of spot for romantic dates. They mean to appeal to a broader base of customers. They want larger parties than two or four. They want tables of men to feel like this is a spot for them. Ditto for groups of women. They are clear: This is a different restaurant.

Designwise, that is plenty clear. The East Crossroads space looks nothing like the old Novel. The wood paneling has been swapped out for clean, modern lines, a white granite bar, lots of natural light, and a palate of neutral tones. A 50-foot-long, five-foot-high tile mosaic mural designed by artists Peregrine Honig and Laura Redlen — an homage to the Crossroads and downtown — lines one of the restaurant’s walls. The restaurant will seat about 62 diners, with additional patio space opening up when the weather’s nice.

Brazeal’s East Crossroads menu is less of a departure.  It will continue to be a small-plates-centric restaurant. Many of the menu items, though, will be more focused and less precious, Brazeal says. He believes the time is right to showcase his growth as a chef.

“It’s about taking some of the chef ego out of it,” he says. “We’ll keep [starters and small plates] fun, but then we’ll add some pastas, and with the entrees I just want to exhibit a little more focus, take away some of the more extraneous components of the dish. Maintain the complexity, but make it a little more elegant and pure, and perhaps in doing so, make it more approachable.”

Brazeal says he’ll be able to achieve this, in part, because the restaurant is no longer in a position where it must offer less conventional proteins — lamb’s necks, pig’s trotters — simply to make ends meet. Those cheaper meats (which allow for higher profit margins but are time-consuming to prepare) won’t disappear from the menu, but customers at the new Novel can expect higher-end cuts of meat like premium strip steaks.

“I don’t want to tell the customers how to eat,” says Brazeal. “If you want to pick and choose from the starters and create a tasting menu of smaller plates, you can do that. But if you’d rather follow a standard format and order an appetizer, entrée and dessert, you can do that. The customers get to design the type of experience that they want to have.”

Armstrong, an accomplished pastry chef, will be more physically present at the new Novel. Because of space limitations on 17th Street, she was often working on desserts during the day in the restaurant’s basement; a Novel chef or cook would typically plate for her. In the new space, Armstrong will be able to plate her own desserts during service. She also aims to make some changes to what she’s offering Novel’s customers: larger, more creative desserts that push her talents further.

The couple knows the risks involved with moving to the Crossroads primetime. “It’s exciting and daunting,” Brazeal says. “When we opened, we were unknown. We didn’t have anything to prove. We felt like underdogs. Now, I feel like we’re more established, and sometimes people have expectations — even inflated expectations — of what their experience is going to be like. We need to live up to those, and that’s something we push every day — not resting. Always pushing forward.”