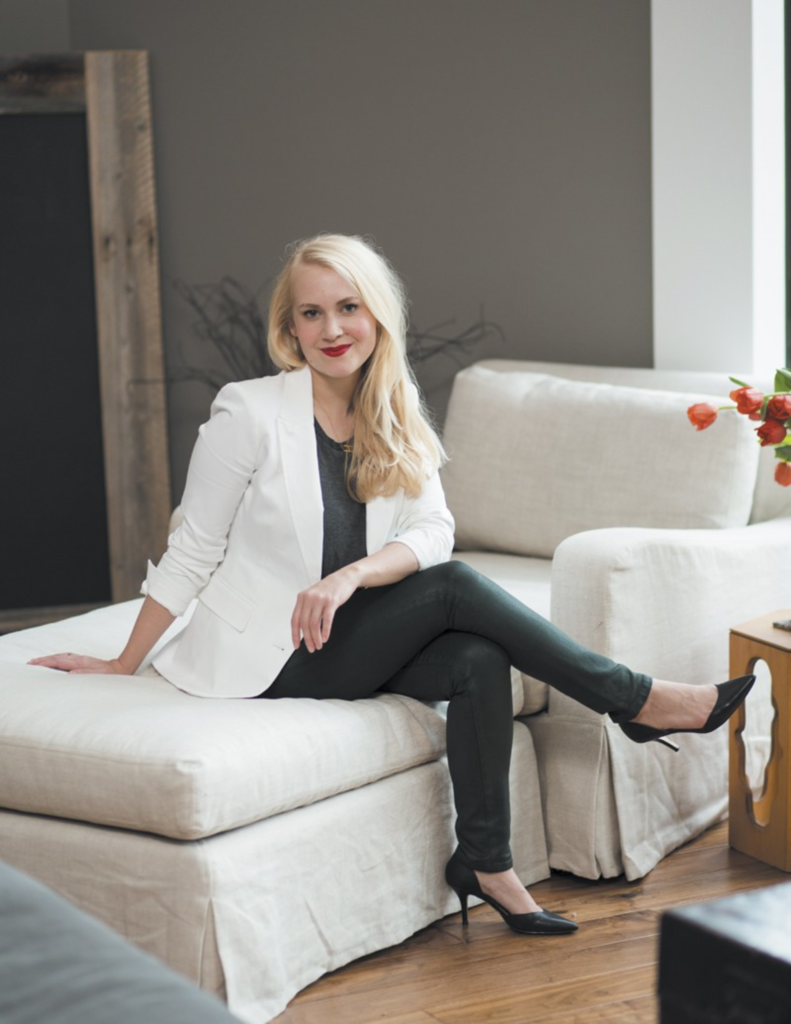 When Chelsea Huff created her lipstick line, Noun, she knew that she didn’t want to come up with names for the colors.

“I thought that whoever names paint chips has a great job, but that’s not something I want to do,” she says. “I probably won’t wear a nail polish with a bad name, even if I like the color.”

Instead, she went with numbers for the three shades (available online at thecommonnoun.com): n 001, a creamy blue-red; n 002, a sheer plum; and n 003, an opaque pink. The three shades ($26 each) are what Huff calls “fairly universal” hues. And her numerical naming system comes with a nostalgia factor: When she expands, she can look back and say, “Oh, those were the first three.”

Huff, a freelance stylist, launched Noun in mid-August with a focus on lipstick because it’s an affordable luxury that can pull together a look.

“Europeans wear hardly anything but a bold lipstick,” she says. “It’s one of those things that makes you feel put together and feel complete.”

Huff worked with a cosmetics factory in Canada to come up with samples, which she tested on friends and clients to see how the colors worked with different skin types.

“It took awhile because it was an exciting thing for me, and I wanted to get it right,” she says. “I went with my gut with what was appealing.”

“I love really high-end lipstick. It’s something I always splurge on and invest in,” she says. “I wanted to get the same quality without the high price point.” 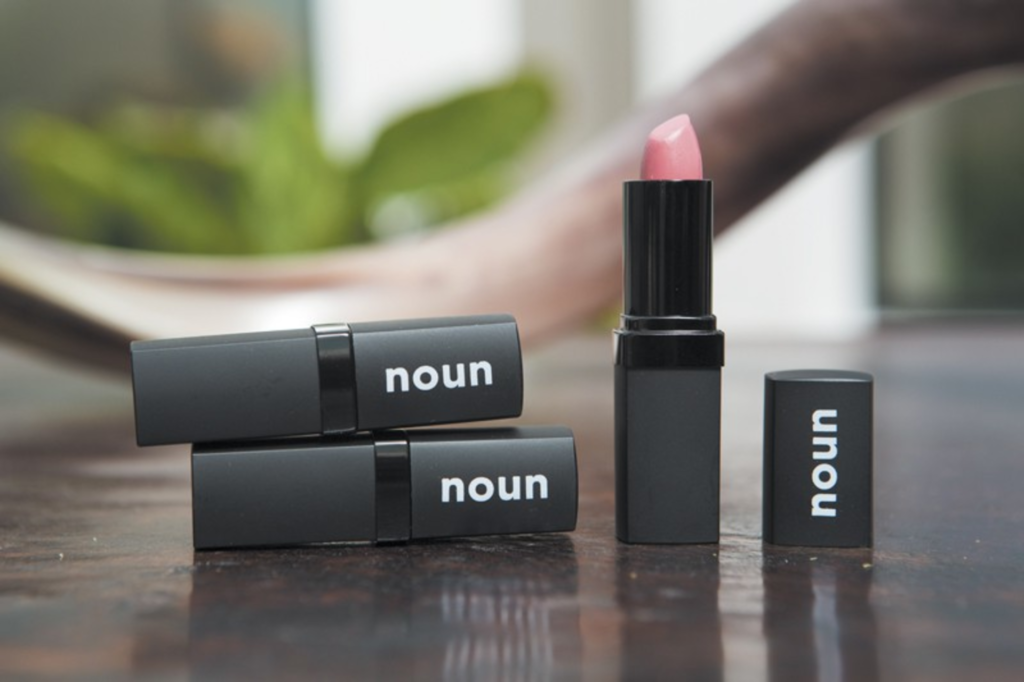 The lipsticks are housed in an almost-square matte-black plastic tube. A shiny black-metal band intersects the tube at the point where the lid slides off. Huff was fascinated by how lipstick has been packaged throughout the years — different eras represented by certain metal colors and shapes, such as a brush and compact from when lipstick was first created; a tube with a knob that slides the lipstick up and down; and paper tubes from Stila.

“It was inspiring how different people approached it,” she says. “I wanted something timeless, modern but still classic.”

As for calling her brand Noun, it’s not because she’s a huge fan of grammar. When she thought about creating a job for herself, she wanted the opportunity to do all the things she enjoyed, such as travel and work with other brands and companies.

“I wanted something that would encompass everything — people, places and things — and ‘the common noun’ came to me,” she says. (She isn’t planning to name any other lines after grammatical terminology, like verb or gerund. “That would be great, though,” she says.)

Huff’s roots in the local fashion community inspired her to start Noun. She began working as a stylist when she was a teenager — first at weddings, then at Birdies, where she was its in-house makeup artist and stylist.

Through Birdies, she made connections with area photographers and helped style fashion shows and shoots (including The Pitch’s cover models for stories about the West 18th Street Fashion Show). Her résumé also includes stints working at Natasha’s Mulberry & Mott as a pastry chef; for an online retail site geared to Latinas; and, more recently, with Rushwade on styling advertising campaigns.

While working at Birdies, she started thinking about creating her own job. She initially wanted to open a small business across the street, a general store that sold “well-made giftable items.” She signed a lease, but after waiting about a year and a half, the space was still under construction. So she started Noun online, which gives her more opportunities to travel and possibly to move back to Los Angeles to be close to her family.

For now, her main goal is to collaborate with other businesses around the country to create “Noun for (name of business),” an exclusive line of from three to five shades. She’d also like to bring out more colors
seasonally.

Huff is also planning to send out a Noun lookbook this fall, featuring photographs by Lauren Thurman-King.

“Styling — and creating beautiful images — is another big joy of mine,” she says. “The lookbook is styling on all fronts. It’s not just a catalog; the point isn’t to just sell the product but creating something beautiful.”