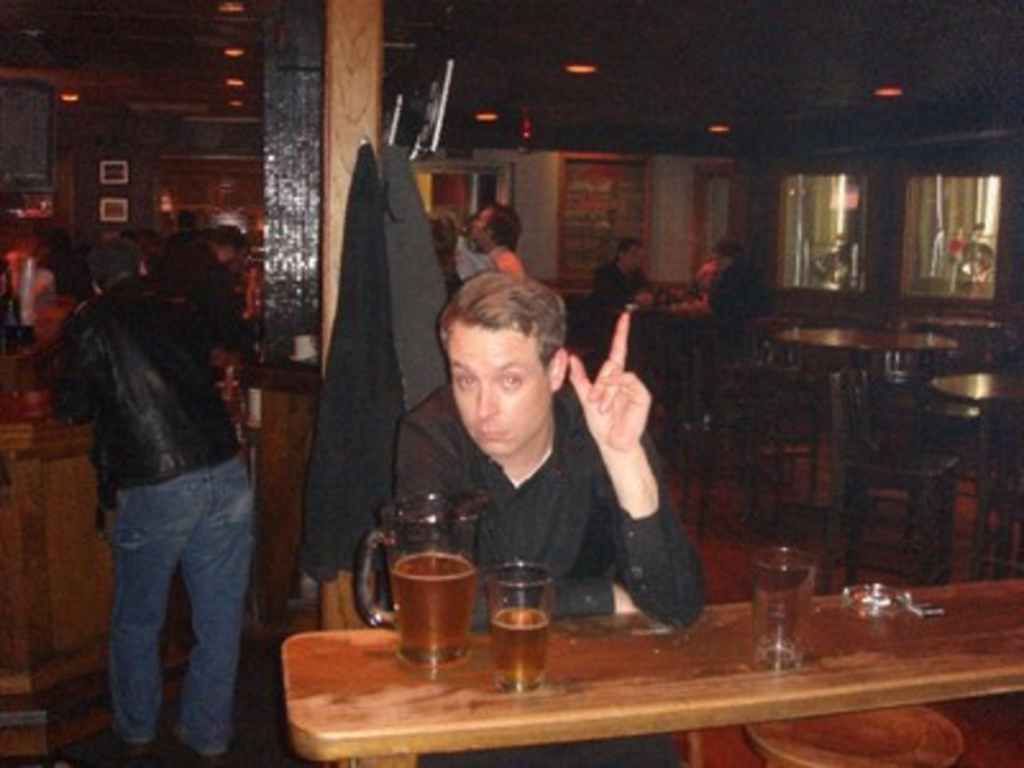 “Yay, David Axelrod!” screamed the wine-drinking guy next to me.

CNN was interviewing Barack Obama’s chief strategist, and Axelrod’s wife had probably never said those words with as much passion as the guy next to me. McCoy’s was definitely a partisan crowd. I expected this going in since lefties Lazlo and Slimfast from 96.5 The Buzz were hosting the party.

Every TV in McCoy’s was tuned to CNN. A little MSNBC or FOX News would have been nice, but I’m picky.

The young crowd swapped “I voted” stickers for free beers, packing in four and five deep around the bar. “They may call the election before I get my second beer,” a friend joked. Not quite.

In a bizarre moment, cheers for Elizabeth Dole losing her North Carolina Senate seat were actually louder than those for Jay Nixon becoming governor of Missouri. One guy’s screams for Nixon returned polite golf claps. The response wasn’t quite as tepid as the one person who excitedly clapped for John McCain’s win in Alabama.

The cheers were deafening when Obama won Ohio at 8:37 p.m.

A guy with a skinny ‘N Sync beard booed Obama’s victory in Iowa. He was so proud of his booing face that he asked a photographer to capture the moment. The boos were much louder when McCain won Texas at 9:21 p.m., but the mood changed when CNN flashed the words “no path to victory” coming from a McCain advisor. The excitement must have overcome a couple of people in McCain and Obama masks as they pretended to make out.

Finally, at 9:58 p.m., the election was called for Obama. People cried, clapped, hugged, fanned themselves, called loved ones and chanted “O-bam-a, O-bam-a.” Guys in powder blue Obama shirts chanted “yes we did.”