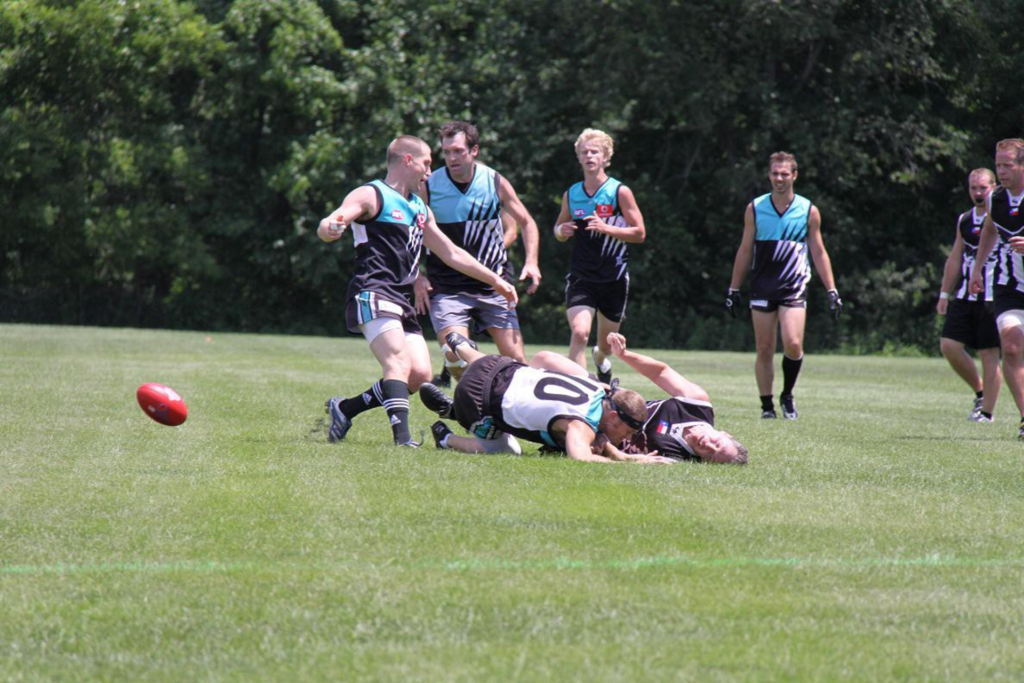 Often, when people see an intriguing sport on cable television, they ignore it. Not so the Kansas City Power, KC’s entrant in the U.S. Australian Rules Football League. Since 1998, the team has played “footy,” an exciting sport combining the violence of rugby and the free-flowing style of a well-played soccer match. A number of clubs and teams formed organically throughout this country thanks to an Australian highlight package shown late at night on some American sports channels. The Power and other U.S. participants clearly love the fluid, fast-paced game. The Power’s last home game of the season happens at 11 a.m. at Blue River Park (122nd Street and Blue River Road) against the Dallas Magpies. Both teams play Australian footy not because it is popular or shown on ESPN endlessly but because they enjoy it. Tickets are free, with beverages both allowed and encouraged. Call 816-588-2109 for details, or see kcpower.com.