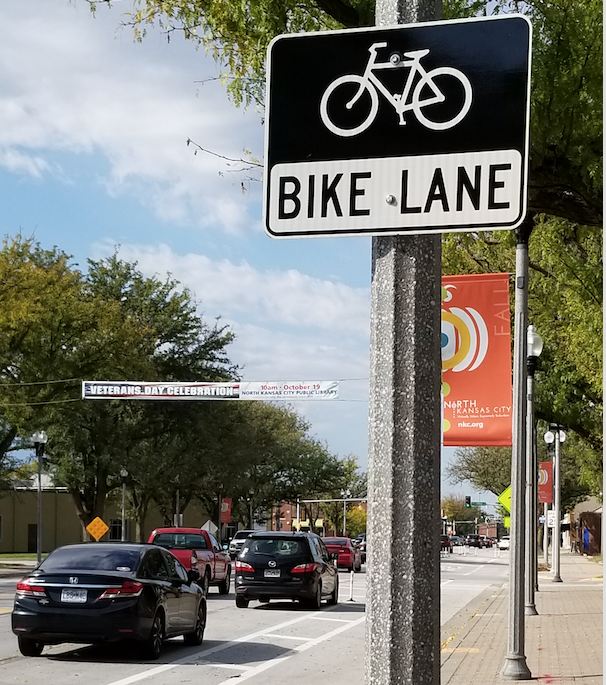 It’s not like the new protected bike lanes on Armour Road in North Kansas City sprung out of thin air.

They are the outcome of years of meetings, workshops, focus groups and even simulations of what they would look like. City leaders and planners from around the region have touted the Armour Road Complete Street plan as a pioneering example of what a bike- and pedestrian-friendly community could look like.

But barely a month after workers finished painting lanes and erecting guideposts for traffic, residents and business owners want them gone.

So does Mayor Don Stielow.

“I have nothing against bicycles, but what we have done is made things very difficult for all of our businesses and many of our residents,” Stielow says.

The City Council is scheduled to hold a public hearing tonight (Tuesday) at 6 p.m. in City Hall and debate whether the city should dismantle the $450,000 worth of “road diet” features that have slowed traffic to a crawl along several blocks of Armour Road, the main thoroughfare of North Kansas City’s business district. (The city has also spent another $200,000 on planning and engineering fees for the project.)

Michael Kelley, policy manager at BikeWalkKC, which advocates for alternative modes of transportation, argues that decision could discourage other cities from undertaking projects to make streets safer for cyclists and pedestrians. 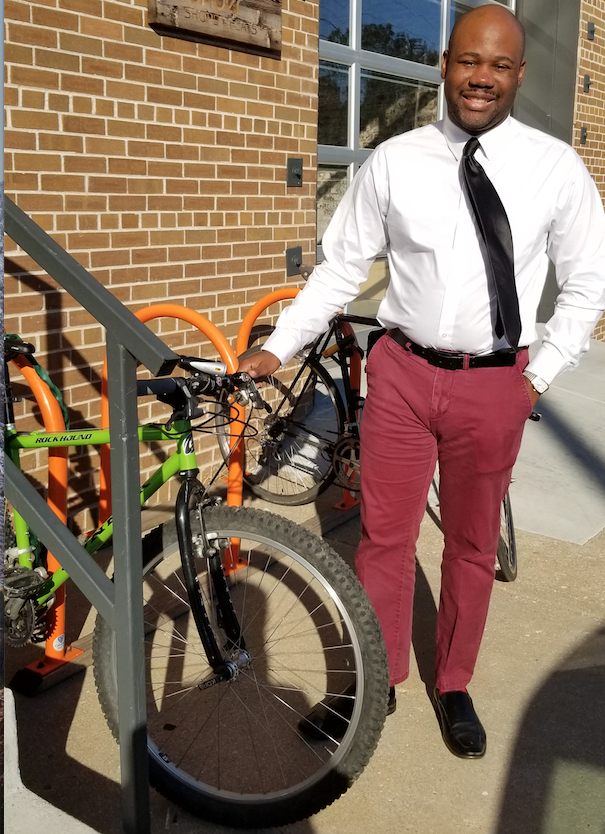 Kelley of BikeWalkKC says the city should stick with the original plan.

“There are broader implications to this,” Kelley says. BikeWalkKC and other groups want North Kansas City to allow more time to evaluate the project and gather data before ripping up all that work and planning.

With the help of a grant from the Mid-America Regional Council, North Kansas City has undertaken a number of steps in recent years that are popular with cyclists, including a bike-only, two-way cycle track that connects 16th Avenue to Armour Road. The city has become a popular destination for cyclists and bike groups, and a number of businesses have benefited from the traffic.

The idea is that parked cars provide a barrier to keep cyclists safe. But on Armour Road, the new design makes motorists feel like they’re parking their vehicles in the middle of the street, right beside the moving traffic.

“People are telling me there’s no way they’re going to get out of their car in the middle of the traffic,” Stielow says. Beyond that, he adds, drivers are just confused. Many are detouring onto residential streets to avoid Armour Road altogether. Businesses are complaining about a drop in customers.

There’s no question that the new design takes some getting used to. But did no one see this coming?

“As far as we understand, the City Council supported it every step of the way,” Kelley says.

The mayor says it’s a matter of not knowing what you’re getting until you’re stuck with it.

“Me and the council, we all take responsibility,” Stielow said. “We weren’t watching as closely as we should have been. That’s our fault.”

What now? Stielow said he favors moving to more traditional bike lanes. Kelley hopes the city will stay the course.

People on both sides of the issue are expecting a large and passionate crowd when the City Council meets tonight at 6 p.m.

The public hearing Tuesday night at City Hall drew about 300 people, plenty of whom arrived on bicycles. Most speakers urged Stielow and the City Council to leave the traffic-calming features alone for now.

“My husband and I purchased a house in North Kansas City this summer,” Rise Reynolds told the council. “We see this as a progressive city with small-town charm. We paid way too much for our house. I can’t have our property values go down by being in a city that puts up a project and then tears it down in a matter of days.”

The changes have transformed Armour Road from a highway where motorists speed and run lights into a main street that accommodates everyone, supporters said. Several people said they had moved to North Kansas City precisely because it encourages bikers and walkers. Others said they visit there often to bike and patronize the city’s restaurants and rapidly expanding inventory of breweries and bars.

“I, for one, am jealous of this project and what it means for your community,” said Jason Hannaman, president of the Westwood City Council. “North Kansas City is one of the cities I look at when I think, What do I want my community to look like?”

Others voiced dissatisfaction and confusion regarding the new design. “I almost had a heart attack trying to get out of First Federal Bank,” Jane Quick told the City Council.

Even supporters of the new features agree some tweaks might be in order. But the takeaway from the meeting seemed to be that there’s plenty of support for keeping the new lanes.

Whether the council agrees is yet to be determined. After three hours of testimony, the council opted for a waiting period. City leaders will make no immediate structural changes to the bike lanes until next June. The council did direct the staff to study two problem spots along Armour Road. One is the entrance to The Mop Bucket, a business that claims the bike lanes are discouraging would-be customers and impeding truck access to its premises. The other is the North Kansas City Post Office, where the new traffic pattern has reportedly interfered with parking and access to drive-up mailboxes.