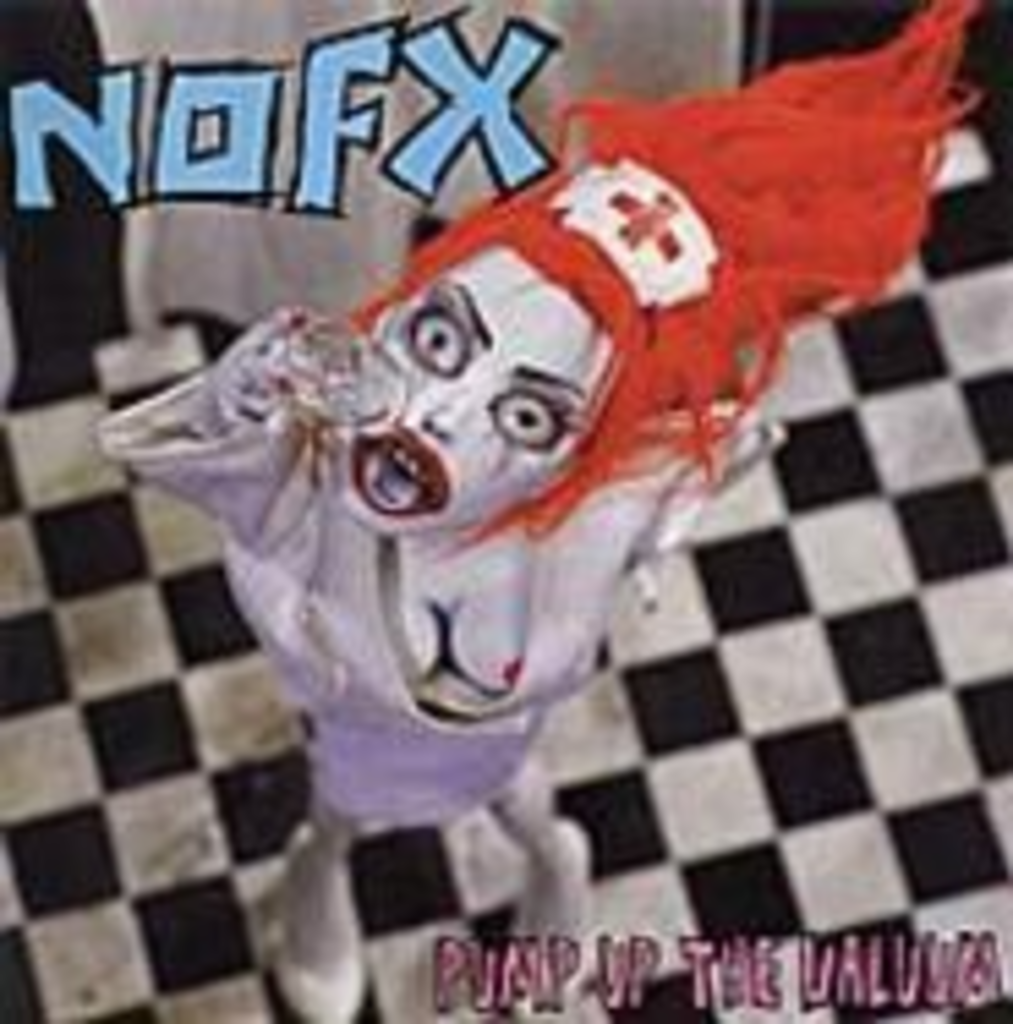 Fast, catchy, and often disposable, pop punk bands are often entertaining and seldom seminal. The best of them revel in goofy humor, and the inclusion of gag tunes that wear thin after a few spins prohibits these groups from making classic albums that can be listened to all the way through months after they’re purchased. In 1997, NOFX pieced together such a masterpiece with So Long and Thanks for All the Shoes, a standout collection of minute-long gems that emphasized the group’s tight harmonies and infectious hooks. Unfortunately, Pump Up the Valuum, while enjoyable, is a step backward, offering only flashes of its predecessor’s brilliance.

By far the best track is “What’s the Matter With Parents Today?,” which begins with nasally vocalist Fat Mike posing the question Mom and dad/How’d you get so rad/When exactly did you get so hip? before the group’s trademark galloping drumbeat and zipping guitar bring the song up to speed. As NOFX once recorded a song with a nearly identical title (substitute “kids” for “parents”), this provides one of the many self-referential touches on an album that also includes the unfortunate foreshadowing of the opening tune, “And Now for Something Completely Similar,” and the yawn-inspiring “Theme From a NOFX Album,” a joke that goes on far too long. Throw in a couple pseudo-clever attempts at humor and the result is a record that’s a little too smirkingly satisfied for its own good.

If such filler tracks reveal what makes NOFX so frustratingly inconsistent, “Pharmacist’s Daughter” and “Clams Have Feelings Too” establish what makes the band occasionally great — a knack for writing melodies that zig when expected to zag, with a downbeat edge that separates the group from the pop-punk pep club. “Total Bummer” is a bass-driven lament with soul behind it, the kind of song that NOFX’s mainstream cousins, such as Blink-182, don’t have the depth to deliver. Ultimately, however, Pump Up the Valuum brings to mind one of the rejected song titles listed in the liner notes: “Medio-core.”