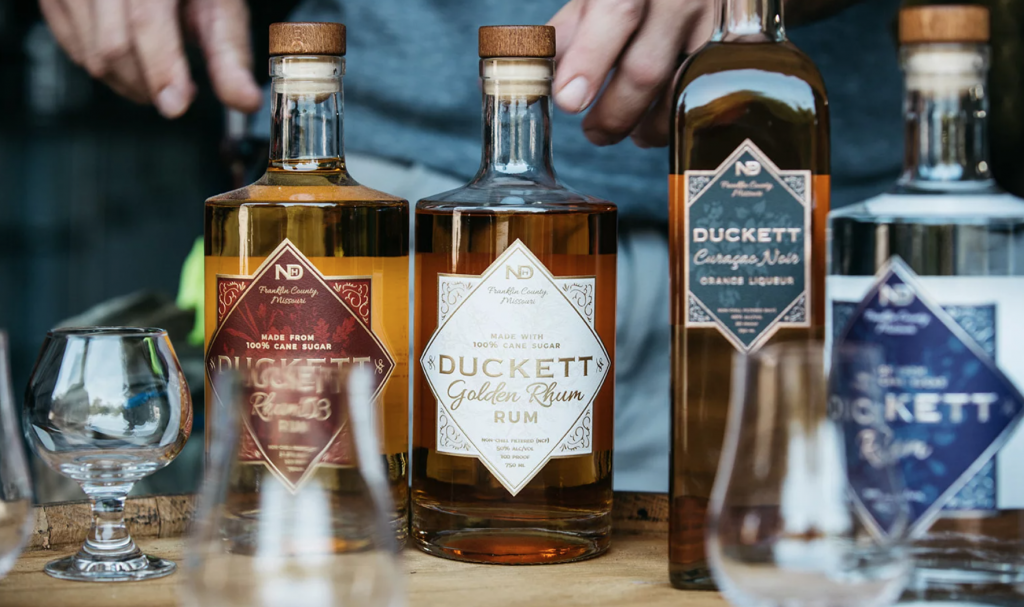 The line-up of rums and orange liqueur from Nobelton’s. // Courtesy Nobleton’s Distilling House

Disclaimer: my rum tasting experience perhaps begins and ends with bottom-shelf-in-the-basement spirits like Captain Morgan, Admiral Nelson, and, at points, far worse. While this review was performed by an amateur, I was able to get the assist from a seasoned bartender, who guided but did not dictate my experience.

Over the course of a few sessions with a trio of rums and an orange liqueur from Nobleton’s Distilling House I can see the vast world of barrel-sweetened spirits laid out in front of me, bolstered by an abundance of cane sugar and significantly less dry-heaving than I had been accustomed to in my undergrad years.

While most rums are made with molasses, all three of the samples I’d tried were made with 100% cane sugar. This is an uncompromising staple for Nobleton’s founder Demetrius Cain, who sources purple sugarcane from a family property in Louisiana for consistency. The latter two of the rums I tried, Golen Rhum and Rhum 103, were given the ‘rhum’ moniker because the sugarcane usage most resembles Cain’s favorite variety of rum—rhum agricole—which originated in the French West Indies.

Named after Cain’s grandfather, Jack Myron Duckett, all Duckett rums (and rhums) are aged in wooden barrels for at least 48 days as compared to the 24-48 hour wait for most commercial rums. In lieu of quantity, Cain and his team are looking to offer a much smoother texture than many are accustomed to in their rums. In simpleton terms: if you must chase these products, it had better be with hi-fives and nothing else. 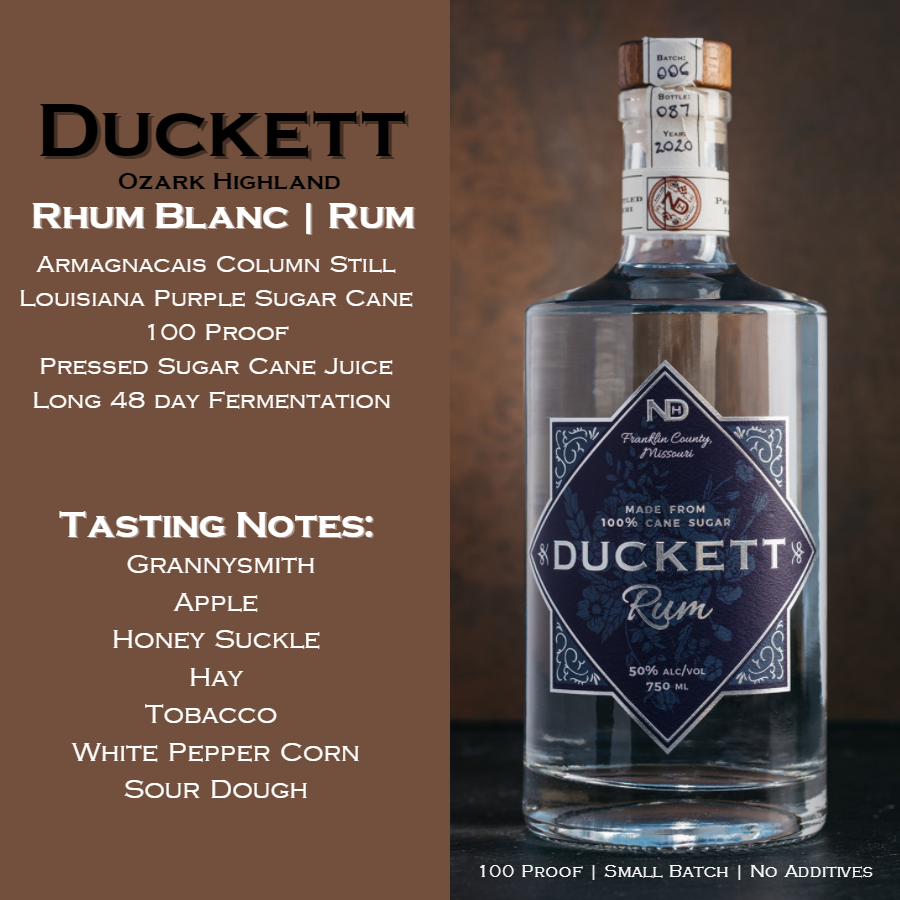 I started my three-part rum tasting process with the Duckett white rum, originally released in 2019 (though my bottle is from 2021). The first thing I noticed about this one was how genuinely sweet it was compared to the bottom-shelf hoopla I had previously (and mistakenly) become accustomed to.

The first impression embodied much of that sweetness, but it also drank with a welcomed touch of spice that quickly dissipates on the back end—from which point the rest is smooth sailing. If the initial taste is any indicator of what the rest of my rum tasting experience is like, my palate is in for a pleasant sort of mind fuck. 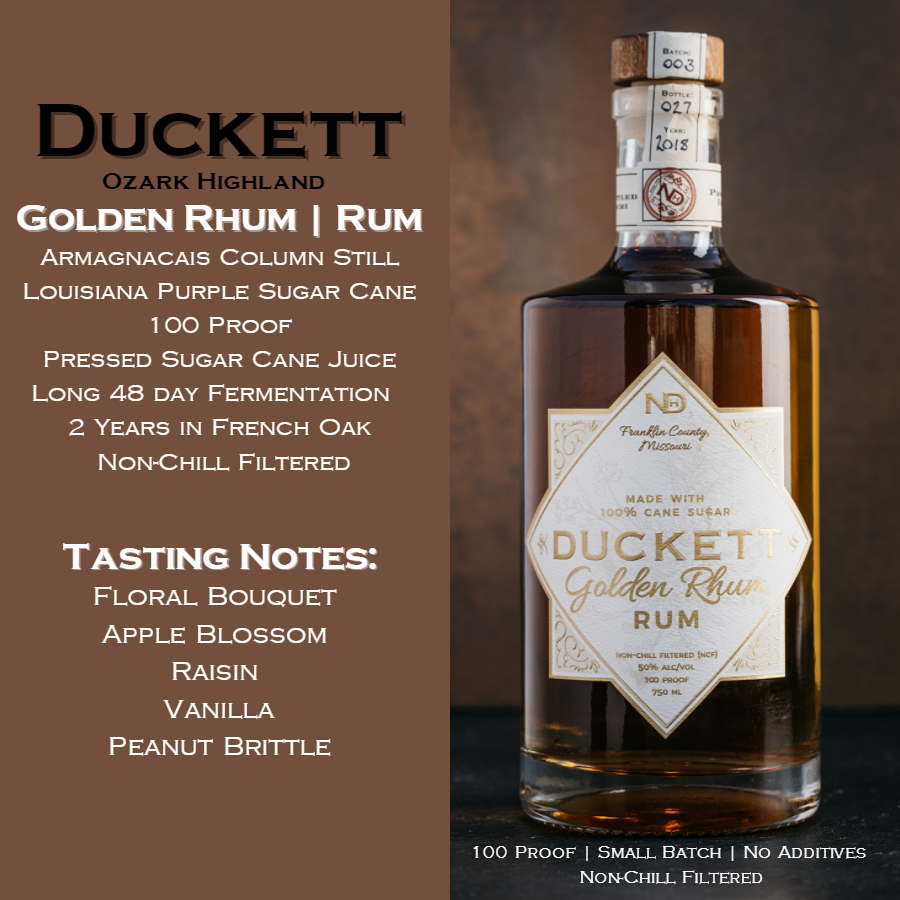 This one was undoubtedly my favorite of the three—and the rate at which I consumed it reflected my preference.

Made with French oak matured sugarcane, this rum holds a lighter and nuttier taste than its predecessor and ends with a smooth vanilla finish that really puts it over the top.

With hints of caramel and other sweet things I cannot adequately disseminate with my amateur palate, I especially liked the floral, honey wheat sort of vibe it had going for it. If I were to buy any of the products in this review kit on a writer’s budget, it would certainly be this one. 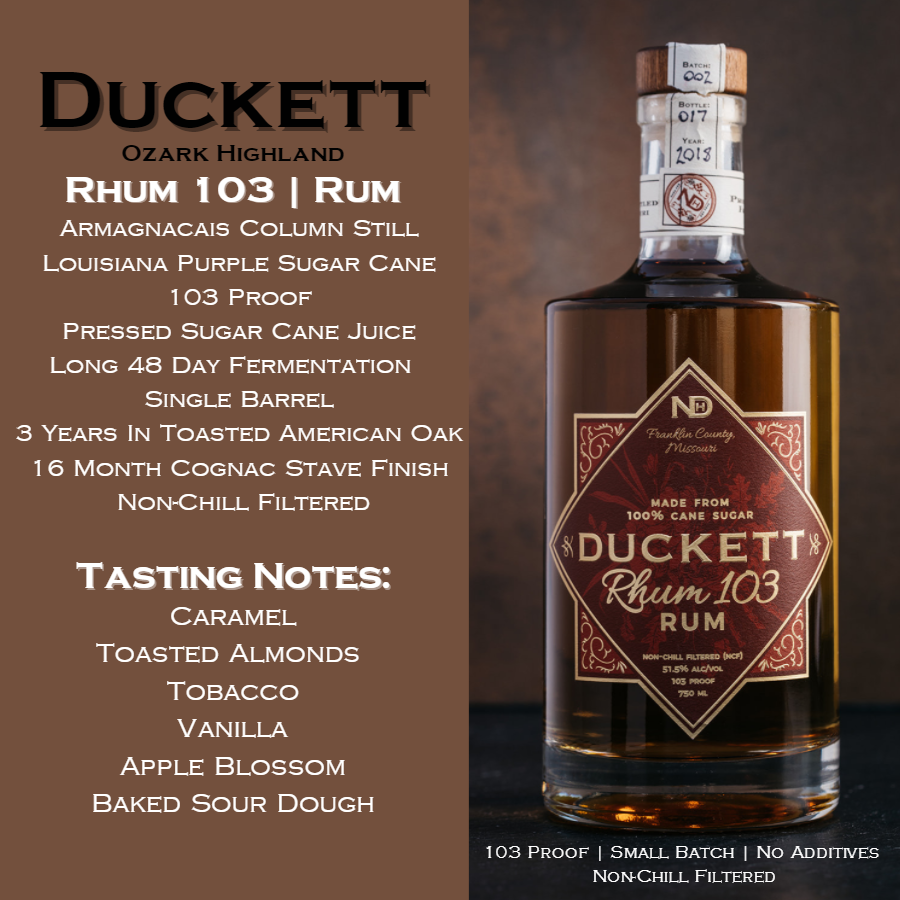 This rhum has a much darker smell right off the bat. The Rhum 103 contains a nuttier and woodier taste than the Golden Rhum but can also boast a more well-rounded profile when all is said and done.

I’m not sure if I tasted the apple blossom and sourdough on my own accord, but I can definitely see those undertones. It drinks smoother than I’d anticipated based on its increased alcohol content. As my grandfather would say, ‘this one will put some hair on your chest.’ I suppose I should pour another glass. 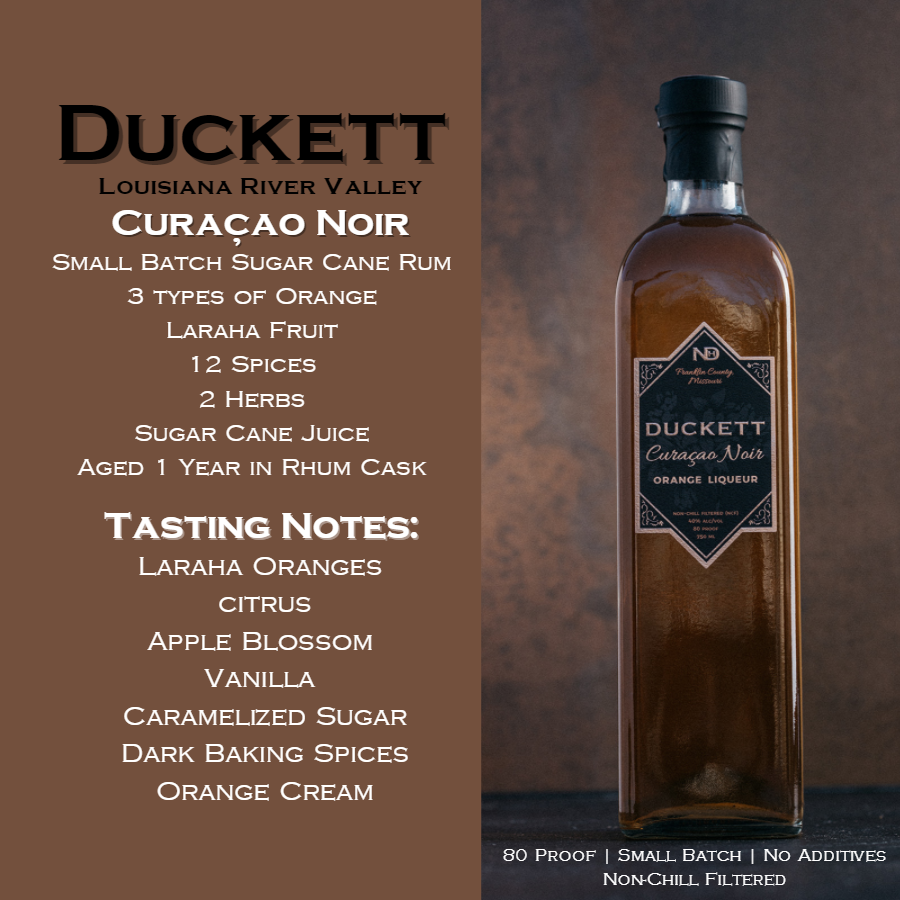 It tastes like an orange tic-tac. It makes me want to party, but I heard a rumor it can also be used for cooking. I couldn’t ask for much more, other than maybe another bit of that Golden Rhum.

It’s orange, it’s sweet, and it tastes pretty nice. I do wish my palate was more distinguished, but I can say I am feeling a pretty nice buzz goin’ on right now.

The Verdict: Would drink any of these again, no doubt. And at an average of $30 per bottle, it’s not going to break the bank either. I dig it.