A fine but imperfect farewell to a fabled, flawed 007. 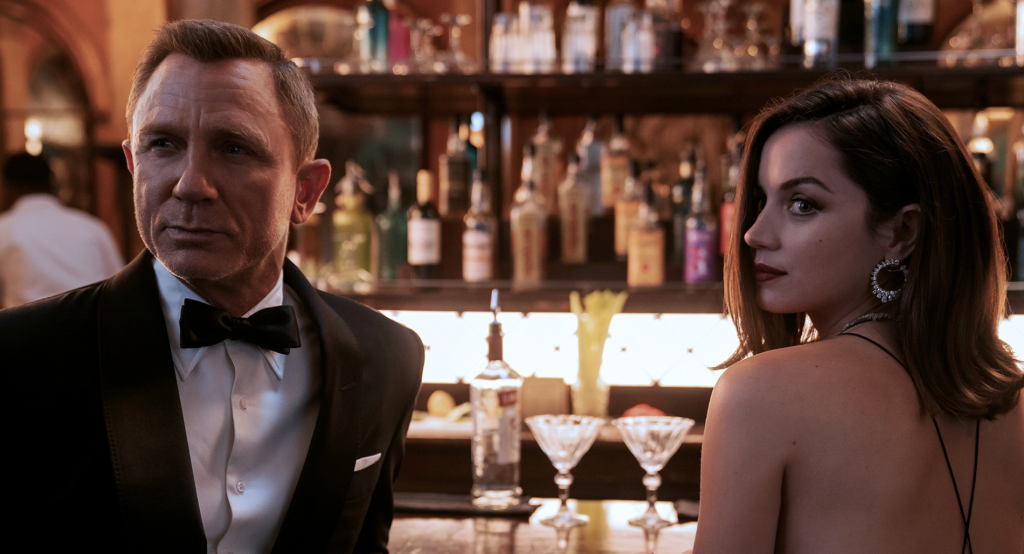 Bond in No Time To Die. // Courtesy MGM

What do we want from a James Bond movie? The various versions of the iconic character throughout history have offered a multitude of flavors, each of which fans of the series like more for varying reasons. There’s Campy Bond, Self-Aware Bond, Serious Bond, Silly Bond, and Batshit Off-the-Rails Bond—some of these identities evolve and merge over the course of an actor’s time in the role.

Daniel Craig’s time in the tuxedo has been of the Serious Bond variety, arriving in the 2006 Casino Royale at roughly the same time as complicated pop culture antiheroes were on the rise (to put it in context, The Sopranos was nearing the end of its run, Mad Men premiered the following year, and Breaking Bad the year after that).

Perhaps not coincidentally, Craig’s films have also been more serialized than previous entries, more interested in developing the character and showing the audience the mounting emotional toll that previous adventures have taken on him. He’s not just Serious Bond. He’s Sad, Serious Bond.

That weight feels heavier than it’s ever been in No Time to Die, Craig’s final Bond film. The action sequences remain thrilling, and Craig remains witty and clever right up until the movie’s final moments. Unfortunately, the movie also struggles with the increasing heft of its own lore, resulting in an overlong outing and a disappointing villain as it takes the long way winding around to its conclusion.

No Time to Die is a direct sequel to 2015’s Spectre, starting with a flashback to the childhood of Lea Seydoux’s Madeleine Swann, before rejoining her and Bond on a romantic vacation in Italy. Madeleine convinces Bond to visit the grave of Vesper Lynd, the lover whose tragic death in Casino Royale sent him into an emotional tailspin, for the sake of closure.

Upon doing so, the tomb explodes, and Bond is pursued by Spectre agents. Believing Madeleine betrayed him, Bond puts her on a train and sends her away.

Five years later, the retired Bond is pulled back into an operation by his old friend Felix Leiter (Jeffrey Wright) and Leiter’s new intelligence partner, Logan Ash (Billy Magnussen). They’re looking for a scientist (David Dencik) who’s created a bioweapon originally developed as a hyper-effective assassination tool. Bond’s former employers at MI-6 are looking for the scientist, too, and have sent the organization’s new 007, Nomi (Lashana Lynch), to carry out the job.

Of course, that bioweapon ends up in the wrong hands—specifically those of deranged, disfigured villain Lyutsifer Safin (Rami Malek), who has unfinished business with Spectre, Madeleine, and ultimately, Bond. 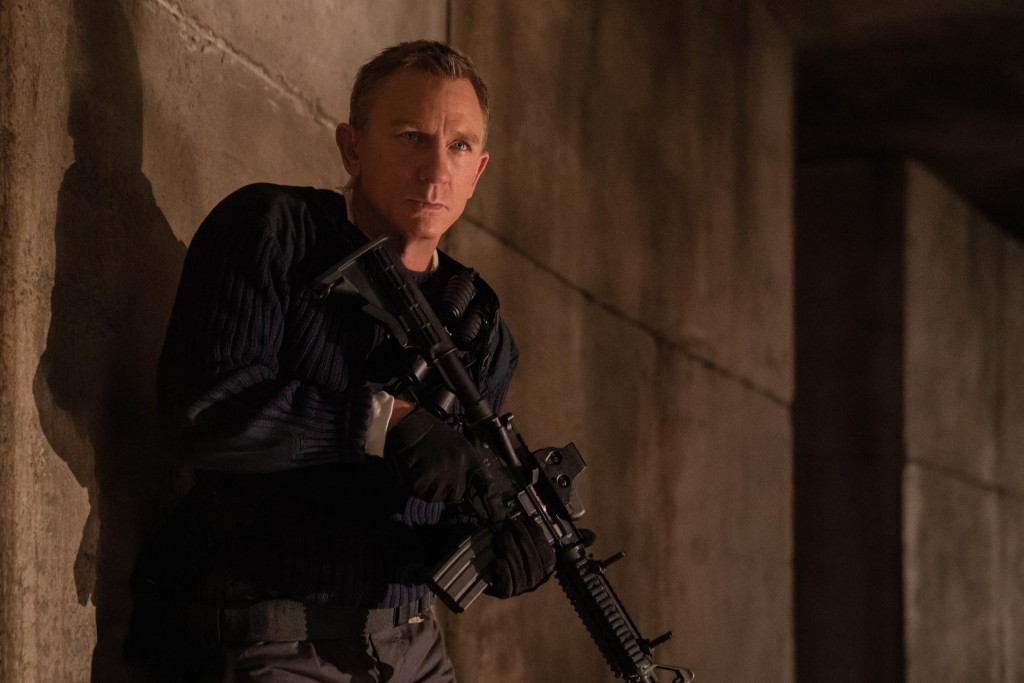 Director Cary Joji Fukunaga adds a distinctive stylish touch with help from La La Land cinematographer Linus Sandgren. The look of No Time to Die embraces architecture, clean lines and occasional blasts of color, including a notable scene in which a flaming, sinking boat takes on J.M.W. Turner-esque qualities.

There are also some bright moments of fun, including the presence of Ana de Armas, who brings excited, nervous energy to her all-too-brief appearance as neophyte intelligence operative Paloma. Anyone who’s seen Knives Out knows she and Craig exude fun team-making chemistry, and No Time to Die becomes a noticeably lighter enterprise when they’re together.

However, for the most part, No Time to Die struggles to force the series’ lore into a manageable structure, pinging between locales, story points, and characters. Christoph Waltz returns as Blofeld, but his involvement in the story only serves to prolong the revelation of Saffin, its true baddie, who doesn’t even make himself known until the final third of the film.

The same sense of weariness that’s built up in Craig’s Bond over the last few entries also feels particularly pronounced here—emotionally so more than physically. It’s been a while since we’ve seen James Bond actually enjoy being a spy, and you start to realize that more and more as the story wears on.

No Time to Die is a talky, sometimes-dour, imperfect farewell to Daniel Craig’s Bond. However, it’s also just fun enough to remind audiences what draws us to this series in the first place. The next actor to step into the Aston-Martin may help determine where the Bond films go next, and No Time to Die makes a strong argument for some new creative direction.

It’s been a good run, but perhaps, ironically, it is in fact the right time for this era of Bond to come to a close.