No Replay for Wii Play 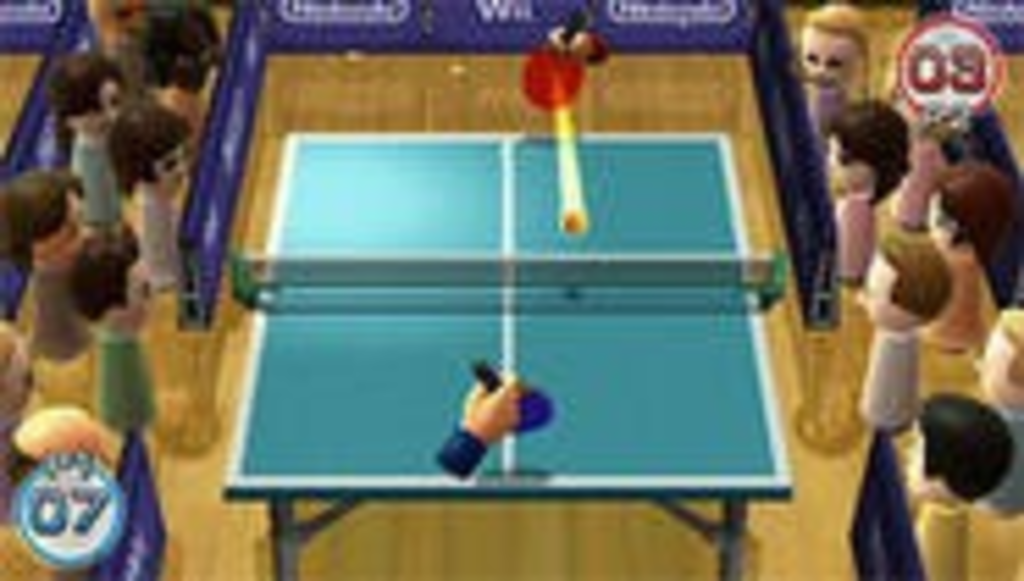 From the newest iPod to the Olsen twins’ collective waistline, the world loves all things mini. The Nintendo Wii embraces this digestible format once again for Wii Play, a collection of nine easy-to-play minigames that comes bundled with a free Wii controller. However, the result is like a Happy Meal: The trappings are colorful, but the food’s not very damn filling. Unlike its Wii Sports predecessor, only two players can play Wii Play at a time — barely living up to the definition of “We.” And playing Wii Play alone is a hollow feeling. Strangely, Wii Play acts as a “Wii Remote 101” tutorial instead of an inspired game collection. The emphasis is “Check out what the Wii-mote can do!” but the games fail to provide truly fun things to do with it.

In the first minigame (an updated version of 1984’s Duck Hunt), players learn to point and shoot at the screen. You know, in case you couldn’t figure that out. What we’re left with is a carnival game where you aim and shoot at balloons, ducks, and tin cans for a couple minutes.

Next is “Find Mii,” a Where’s Waldo-type activity where you’ll quickly find the correct person in a group. Finding your face in the crowd is much harder than you think, and this becomes the most mentally challenging of the bunch — which isn’t saying much in a game collection that has cow racing. But we’ll get to that.

“Table Tennis” and “Laser Hockey” are no-brainer two-player games: They’re Pong on speed. Each offers the most exciting Wii Play experience, but isn’t as skill-based as Wii Sports bowling or as visceral as Wii Sports boxing. One-player mode is dull (again), thanks to there being no difficulty options for the computer. Come on, even Atari Pong had difficulty settings!

“Billiards” is your basic nine-ball simulator. And you’d better like nine-ball, ’cause that’s your only option. The gameplay physics are intact, but the easy-paced action won’t earn you the name “Fast Eddie” anytime soon. “Fishing” is just that: hooking more colorful carp than the other guy. Where other games use the Wii’s Nunchuck controller to simulate reeling in a whopper, this game requires only that you yank the controller in the air. It’s sort of fun . . . like flushing your pet goldfish.

“Pose Mii” and “Charge!” show off Wii Play‘s bizarre side. “Pose Mii” forces players to twist the remote till the Mii fits correctly into falling bubbles. Ah, the old “putting the wooden shape in the right hole” game. Now that brings back the ol’ day-care days! Still, “Pose Mii” is a mildly addictive puzzle game that gets points for originality.

“Charge!” is the cow-racing game, where you’ll knock over scarecrows with your . . . cow. Skip this cud and get to the fun-but-flawed “Tanks!”, which has the most replay value, being a whimsical update of Atari’s old Combat. Using both the Wii-mote and the Nunchuck, you’ll control a toy howitzer and blast your enemies. The obvious draw here, as in Combat, is a two-player deathmatch game, right? Nope. The two-player games are cooperative in nature. As they said in Dr. Strangelove: “Gentlemen, you can’t fight in here! This is the War Room!”

It’s still hard to argue with a $50 game that comes packaged with a $40 Wii-mote — subtract the cost of the controller, and you’re really only paying about a dollar per minigame. Regrettably, that’s about all they’re worth.