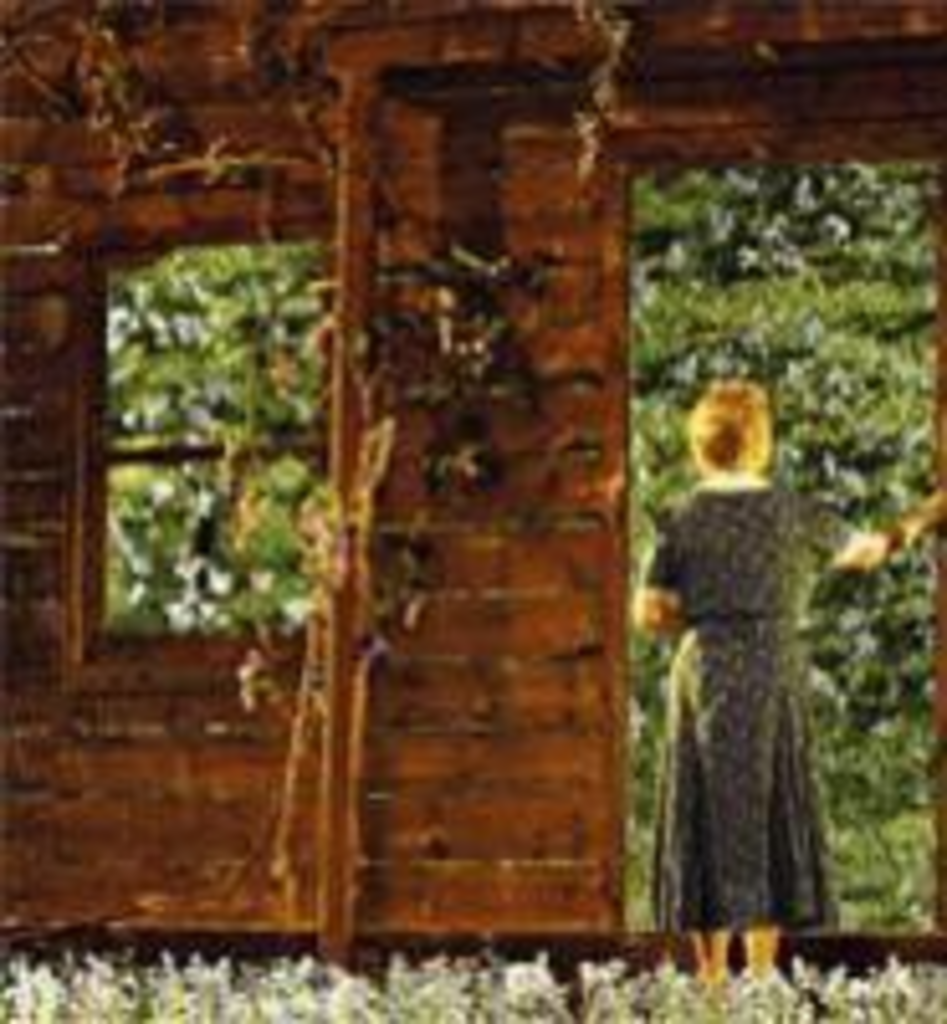 Things ain’t what they used to be.

This gripe, so deeply rooted in our national character, is the coal in the kettle of American lit, firing everything from the Edenic fantasies of the Puritans to all those steamboats-got-no-soul rants in Life on the Mississippi. Some supposed memory of a purer past, the country before we spoiled it, glows beneath Cather’s Midwest and Bellow’s Chicago. In his dotage, even Philip Roth has come around to nostalgia for the world he used to kick at, the world of his parents. It seems only Faulkner thought we started in the same muck we wound up in.

American lit be damned. From Plymouth Rock to Leawood, Kansas, getting away from what life has become is the very idea behind America herself.

That’s why, even 50 years after its debut, a play as traditional as Horton Foote’s The Trip to Bountiful (now at the Kansas City Repertory Theatre) can still hit us hard.

Foote’s story is simple. Elderly Carrie Watts (Darrie Lawrence) is cooped up in a one-bedroom Houston apartment with her put-upon son, Ludie (John McAdams), and his piece-of-work wife, Jessie Mae (Cheryl Weaver, who, through sheer force of personality, rounds out a flat character). Deeply alone and sensing her own mortality, Carrie wants nothing more than to visit her old home in Bountiful, a small Texas town miles away from trains or buses and — its population gone and its soil farmed out — a miracle away from making it back into Rand McNally. Ludie and Jessie Mae don’t seem inclined to make such a trip, so Carrie sneaks off with her government check, hoping to cash it, catch a bus and get there on her own one last time before she dies.

What’s strange is how the Eisenhower-era Houston that Carrie yearns to escape — full of soda fountains, movie magazines and sweet people worried that the world is moving too fast — is exactly the period of fake innocence this country has been mourning for more than a generation. It’s even lit up with the Rep’s usual amber glaze, that nostalgic glow that always makes me think of (a) our shared sense of some lost, unspoiled America; and (b) commercials for Honey Nut Cheerios.

Under Eric Rosen’s patient direction, the show starts slowly. It’s two touches too sentimental, but I was snared once its odd hook became clear: a wise old woman fleeing the world that white people elected Ronald Reagan to lead us back to.

As Carrie, Lawrence is as sturdy as the play itself. It’s a performance perfectly planed and balanced, always just what it needs to be and never a thing more.

Weaver makes off with her every scene, treating the control-freak Jessie May with such a light touch that we never dislike the character, even when she’s forbidding Carrie to hum hymns while cleaning. Weaver finds so much brittle comedy in Jessie May’s hectoring that she wins laughs when she’s not even onstage — all Carrie has to do is mention her, and the cast has to wait until the crowd finishes giggling. (Kailey Bell, as a traveler friendly to Carrie, is also strong, sketching a detailed portrait in just minutes.)

John McAdams worries a lot as Ludie, the beleaguered but decent son; McAdams is so committed to creasing his forehead that he sometimes manages five thick lines. He doesn’t register much in the early scenes in that cramped apartment, but he shouldn’t — the women run Ludie’s life. Still, like everything in this show, he opens up as things wear on. In the second act, he stirs real feeling. Geoffrey Curley’s sets follow this same trajectory, with the first act’s apartment a perfect claustrophobic bore (seemingly yanked straight from my memory of the homes of my creepiest aunts). Then come the bus stations and benches, all open and spare, and the final liberation of the untamed outdoors.

The climax is a beautifully staged Kansas-becomes-Oz moment. (If you hate to have your happy endings spoiled, feel free to skip to the massage ads.) Standing at last before her rotted-out old home, Carrie is blessed with a vision: a field of flowered grass cascading from the rear of the stage like a waterfall, its lurid green pooling around what’s left of the house — a perfect reminder of nature’s wildness. Birds twitter, and that amber glaze for once feels appropriate. Like Carrie, we’re warmed and awed.

But unlike her, we’re not so easily satisfied — once we’re out of the theater, anyway. Her nostalgic itch can be scratched; ours mostly can’t. What Bountiful calls to urbanites or children of the suburbs?

With no Edens of our own, we’re left with fictional utopias, finding ourselves nostalgic not for the places we’ve lost but for the very idea of those places. Baseball fans who have never left the Midwest cry for Ebbets Field; a friend saw the first Lord of the Rings movie a dozen times in the theater because, she said, “The Shire feels like home.” The girl’s from Chicago.

Props to Rosen and the Rep, then, for so effectively mining our national tendency to wish for homes worth mourning. Better still is how, together, in this gorgeous show, they disprove another American axiom: They don’t make ’em like they used to.