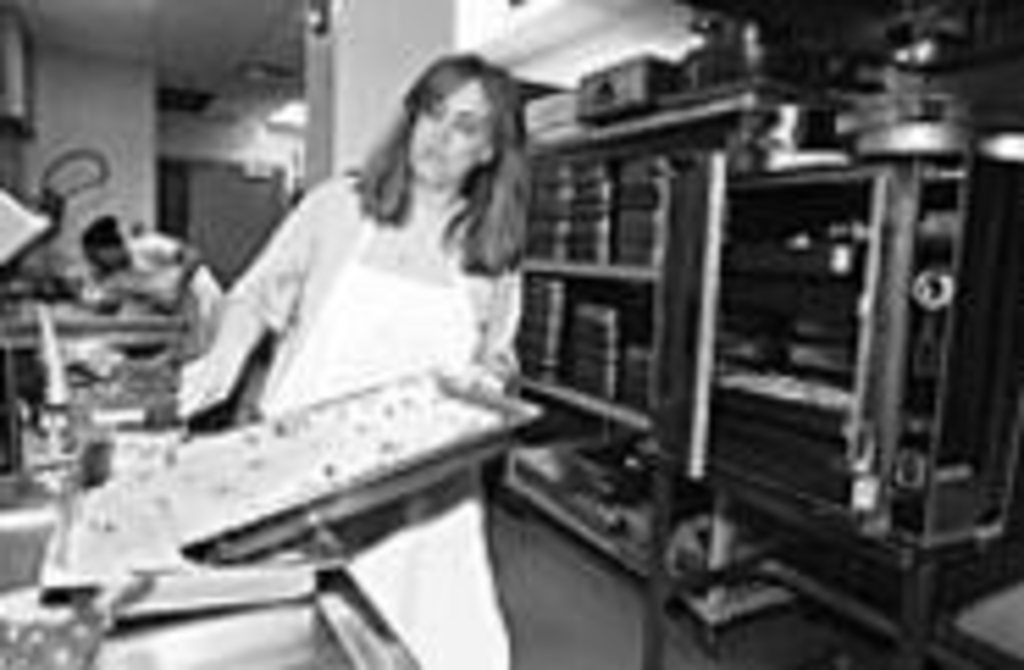 Sitting inside a café at the Muehlebach Hotel, Sean O’Byrne shakes his head. He’s just spent most of his morning in court, trying to convince a judge to send a schizophrenic homeless man to the Western Missouri Mental Health Center for treatment.

“The other day, I was driving up Main Street, and I saw George just yelling at stop signs. He really needs help.”

O’Byrne has acquainted himself with many homeless people in his year as head of the Downtown Community Improvement District, formed by property and business owners who agreed to tax themselves and use the extra money to clean up downtown. O’Byrne supervises a staff of forty employees who wear distinctive yellow jackets as they pick up trash and tend to street people they find sick or incapacitated.

A former real estate agent who sold buildings in Kansas City’s beleaguered urban core for twenty years, O’Byrne has proposed concentrating homeless services in the eastern corner of downtown. The area — what he calls a “compassion zone” — would be anchored by a center where homeless people could spend the daylight hours and, he hopes, get access to job training, legal and medical services, coffee and library books.

O’Byrne came up with the idea after watching dozens of down-and-outers make daily treks across downtown. They walk from the City Union Mission, ReStart Inc. and the Salvation Army on the east side, near 12th Street and Troost, to the free lunch program at Grace and Holy Trinity Cathedral on the west side, near 13th Street and Broadway. Many of them stopped at the downtown library at 12th Street and Oak — an institution that had grown haggard itself. Now, with a new, $50 million main branch scheduled to open next month in an opulent former bank building at 10th Street and Baltimore, prosecutors and business leaders are all but labeling homeless people criminals as they consider banning those with petty-crime records — citations for carrying open containers, urinating in public and harassing passersby — from loitering near the library. That has angered some advocates for homeless people.

O’Byrne’s compassion zone could unite both sides. He has been working with the Downtown Community Task Force, made up of representatives from the mayor’s office, the library, overnight shelters and police, which has commissioned a study to determine whether the south side of Margaret Kemp Park at 10th Street and Harrison (a warm-weather squatting ground for vagrants and prostitutes) would be a good location for the day center. Results of the study are expected this spring.

“Homelessness is part of the urban experience, but we’re the only city that puts them on parade on a daily basis,” O’Byrne says. And, he adds, in bad weather, the long walk to lunch is just too cold.

At the Muehlebach’s café, O’Byrne looks out the window and nods toward a wiry man hunched under a huge backpack as he leans into the wind and hurries down 13th Street to the Kansas City Community Kitchen.

Jane Tally and her daughter, Liz Tally, who run the Community Kitchen, were surprised to hear rumors from O’Byrne’s yellow-jacketed employees that the Kansas City Community Kitchen would be moving to the compassion zone.

The Tallys serve 500 to 600 free meals a day. Four years ago, the nonprofit Kansas City Community Kitchen formally separated itself from Grace and Holy Trinity so it could mount its own fund-raising drive. It then installed a $400,000 professional kitchen at the church, equipped with a walk-in refrigerator, a sprawling cook top, a 40-gallon tilt pan, a large warming oven, a steamer and an industrial-size mixer.

From ingredients that would have ended up in dumpsters, Liz Tally creates impressive meals: wild-boar-and-venison meatloaf with garlic mashed potatoes, baked halibut served with fruit salsa, wild-duck-and-noodle casserole. She’s guided by professional chef David Nichols, who teaches culinary students — sometimes single mothers on welfare or ex-inmates from the Jackson County Jail — skills that will allow them to work in nursing-home cafeterias or hotels.

“I teach everything from knife skills to life skills. Whether you’re making a sauce or dealing with your personal habits, it’s all about setting priorities and managing your time,” Nichols says.

Jane Tally met with O’Byrne for the first time last week to talk about how the Community Kitchen might fit into the compassion zone. But she doesn’t want to move. The kitchen doesn’t serve only homeless people; because it’s on a bus line, poor people with jobs often eat there, too.

“If it’s done right, it could be a good thing,” she tells the Pitch.

But several men eating lunch there on a recent Wednesday don’t believe that downtown leaders are motivated to create a compassion zone to keep homeless people from having to walk in the cold.

“They just don’t want to see a bunch of people at City Center Square … or congregating at the new library,” says a man named Richard.

“We’re pursuing the idea for the day center, with or without the Community Kitchen,” O’Byrne tells the Pitch. “If they’d like to be a part of it, that’s great. If not, that’s fine, too. It’s really up to them.”

“I don’t envision us moving, unless they want to pay to have the same equipment there that we have over here,” Tally says. (The kitchen has an agreement with the church that the equipment will not leave the building.) “We’ve worked too hard for this kitchen.”

That means the compassion zone might not do much to stop the daily parade. For many of the kitchen’s patrons, the trek is just part of their routine. “I panhandle, so I probably walk 20 miles a day,” Richard says.

For Kevin, the walk to lunch is “no big deal.” Especially when stuffed pork tenderloin with mushroom risotto awaits.