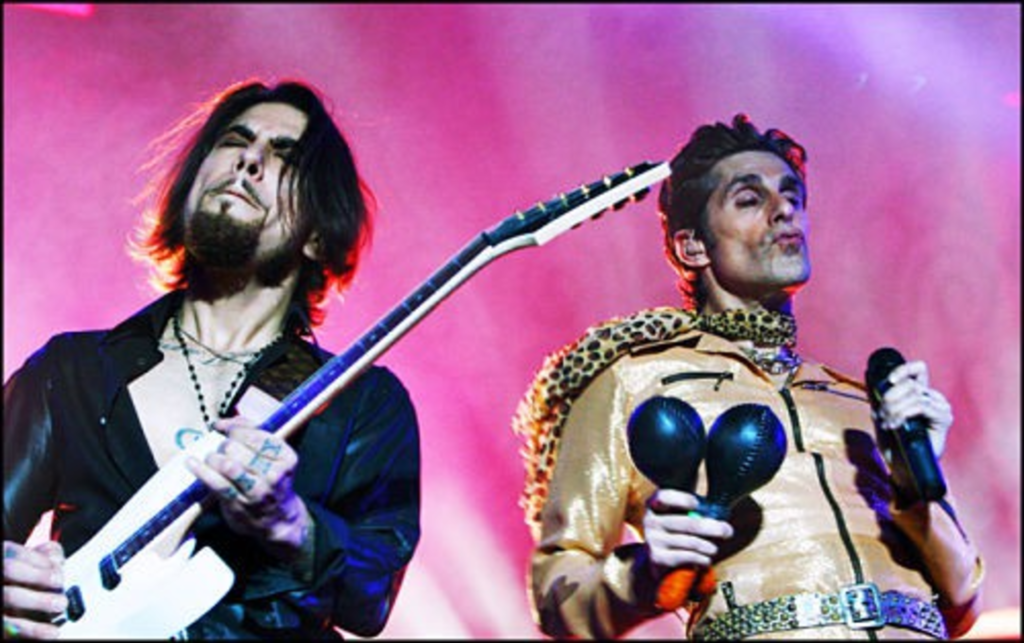 Instead, the sold-out audience (few, it seemed had left) stuck around after Trent Reznor and his crew exited after their second-on-the-bill, ostensible farewell-to-KC-fans set. On this, the NIN/JA tour, Jane’s Addiction boasts the original lineup, including bassist Eric Avery (whose 17 year absence from the band might explain the absence of songs in the set from the 2003 release, Strays).

Around 9:45 p.m., a white curtain with projections of topless dancers lifted to give the audience their first full view of how the band would carry on throughout the duration of the show: Avery, with his head down, nose to the grindstone, bustin’ out deep, deep bass riffs; Dave Navarro, shirt undone, torso exposed fully to stage left, staying as far away from as possible; and the Man himself, pompadoured-out with a necktie, gold lame bellbottoms and a pair of maracas.