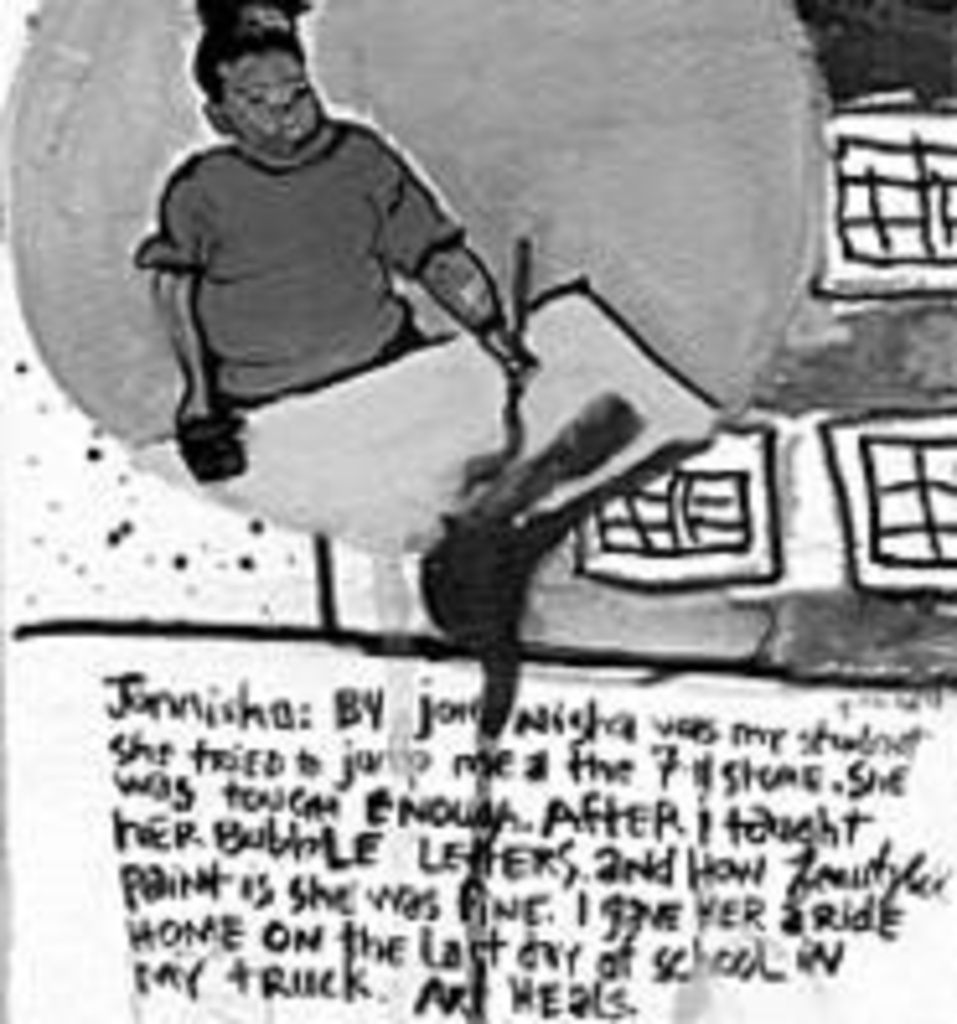 Thursday, December 16
Arguably, the most famous gift in art history is van Gogh’s severed ear, which he presented to a prostitute in 1888. Because cartilage is perishable, however, we are unable to share the lucky hooker’s happiness today through viewing the ear in a museum and perhaps eating a few ear-shaped shortbread cookies in a museum café. But the art world does have scores of well-preserved presents that we can see, a few of which are in the Nelson-Atkins Museum of Art (4525 Oak Street). Starting at 1:30 p.m. today, holiday-spirited docents conduct For Me? The Art of Presents, a tour highlighting pieces in the permanent collection that were originally given as gifts, such as the tiny watercolor portraits of single eyes that were evidently all the rage in 19th-century England and France. The tour also passes by a Renaissance wedding chest, a custom wine bottle from the Earl of Sandwich and other inspiring bequests. However, the best gift idea of all this Christmas may be a membership at the Nelson, which, along with a reservation (call 816-751-1278), is required for the tour.

The winter solstice is pretty exciting — after all, it’s when the Earth’s Northern Hemisphere is tilted farthest from the sun, making for the shortest day and longest night of the year. It also marks the night 2,000 years ago when three wise shepherds spotted the glowing baby Jesus in the sky and followed him to Bethlehem Crossings Mall, where they got drunk on schnapps at Applebee’s and started a new religion. Unfortunately, this holiday often gets overshadowed by Christmas, which, as we know, is a complete falsification of the mysterious events that fateful night. Thankfully, the Kansas City Singers, who are well-versed in the true origins of Christmas, ring in the real reason for the season at 8 tonight at Just Off Broadway (3051 Central, 816-784-5020) with Winter Beckons, a concert of seasonal, non-Christmas-carol songs. Cost is $35, which includes a $20 tax-deductible charity donation — on top of that, black tie is optional, which makes the event sound more like snobbery beckons. Then again, perhaps the Christmas spirit was never quite what we thought it was.

Coming off the success of the Telephonebooth Gallery’s November show, Lynus Young’s Spider Broods Cosmos Part II, director Tim Brown seems excited about December’s Winter Invitational. The exhibit opens today from 2 to 6 p.m. and includes works by artists from San Francisco, Vancouver, Chicago, Minnesota and Kansas City — plus a visit by honored guest Tara Carmichael, who used to live in KC. “Tara had one of my best and favorite one-person shows in the summer of ’98, when a hallway was my gallery space, and she is one of my all-time favorite artists,” Brown says. We think such high praise practically mandates a visit. Telephonebooth is located at 3319 Troost; call 816-582-9812 for more information.

If anyone’s eager for the bitter cold of Midwestern winter, it’s the people at the Snow Creek Ski Resort, nestled around a 1,100-footer outside of Weston, Missouri, 8 miles east of the 273/45 junction on Highway 45. As soon as the temperature drops enough — which the folks at Snow Creek hope will happen this week — they’ll fire up their snowmakers and cover the slopes with a foot a day of machine-made powder, readying the runs for skiers and snowboarders this weekend. The park is open from 8 a.m. to 9 p.m. today; day passes cost from $24 to $58, depending on equipment rental. Call 816-640-2200 or see www.skisnowcreek.com for updates on snow levels.

The rootsy Rural Grit Happy Hour has proved itself peripatetic in recent months. A Monday-night mainstay at the Grand Emporium until that club closed for renovation, the typically single-mike acoustic performances by local and national acts subsequently enjoyed a brief stint at Mike’s Tavern on Troost. We assumed it would return to its old haunt at 3832 Main — until we checked out the cleaned-up version of the bar and realized that there was just no grit to be found. So now Brother Ike’s regular gig has relocated to the Brick (1727 McGee, 816-421-1634), where from 6 to 9 p.m. it serves as a warm-up to Brodioke, the ultimate karaoke experience.

Having paid tribute to the trappings of avian locomotion in Sacred Feathers, Kansas City author and mysticist Maril Crabtree tackles the spirituality of rock in Sacred Stones: How the Power of the Earth Can Change Your Life. It hits the shelves today and is available for purchase from Crabtree’s colleagues at the Writers Place (3607 Pennsylvania, 816-753-1090). Crabtree’s book reportedly contains “50 modern-day personal encounters with stones.” We assume, from the qualifier “modern-day,” that this is not a book-length argument for stoning unfaithful spouses in the Hebrew tradition, so we’re curious to know what, exactly, rocks can do for us — besides, of course, providing our only real friend in the sixth grade.

Citydog began in 1999 as a dog-walking and pet-sitting service for KC’s urban core. We’re too immature and irresponsible to own any pets of our own, but we’ve found that it’s also an excellent holiday resource for our dog-obsessed friends. You know, the ones who act as though pugs are people. News flash: Pugs aren’t people! They’re dogs! Check out the shop (on the second floor of 112 West 18th Street) for last-minute presents to give your own Rover-is-my-baby relatives. You can choose from animal-themed jewelry and ceramic ware (treat jars and water bowls), oil portraits by Max Key (which we think are great in a kitschy way — too bad these people are dead serious) and choke collars (god, we remember that Christmas we got a choke collar). The store’s open today from 10 a.m. to 6 p.m.; call 816-561-4504 for more information.