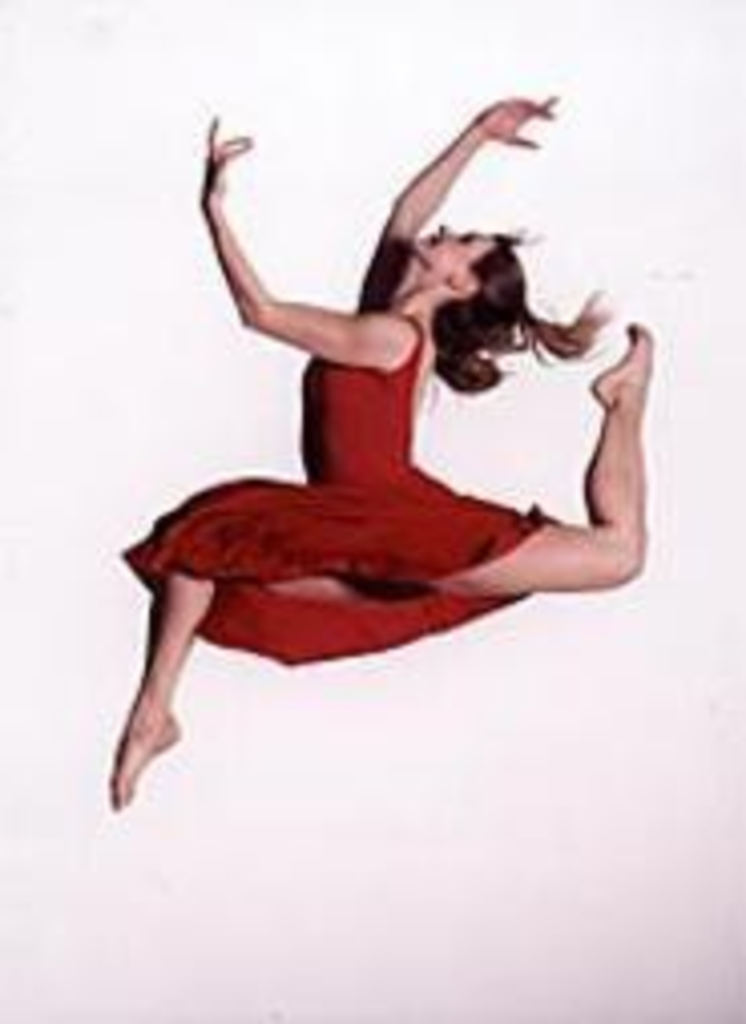 The University of Kansas Department of Music and Dance is providing a potpourri of what it should: music and dance. The University Dance Company’s Spring 2000 concert showcases some of the most challenging ballet maneuvers, tackles environmental issues (like the latest oil spill off of France’s Atlantic coast), addresses the struggle between sanity and madness, and, of course, includes love. This twinkle-toes performance takes place on the Lied Center floor tonight and tomorrow night at 8. Tickets are $5 for students, and $7 for the public. For more information, call 785-864-ARTS.

A screening of Fritz Lang’s 1927 classic, Metropolis, at the cozy Englewood Theatre will feature a welcome sonic twist to balance out all that German expressionist visual creepiness. The Alloy Orchestra will provide a live score for the film, hearkening to a time when a movie house would employ a lone pianist to flesh out the musical moods for a silent feature. Already known for scoring such nontalkies as Eisenstein’s Strike and Vertov’s Man With a Movie Camera, the trio has been a recent hit at the lauded Telluride Film Festival, where critic Roger Ebert said, “The Alloy Orchestra transforms silent film into an entire sensory experience.” The Massachusetts-based band accomplishes this through traditional instruments such as accordions and clarinets, modern samplers, and bizarre percussion devices such as radiator pipes. Tickets are $15 ($10 for groups of 5 to 10, and $8 for groups of 11 or more) for this 7 p.m. event.

Cinco de Mayo is not Mexico’s Independence Day. (That’s Sept. 16.) Cinco de Mayo actually marks the victory of the Mexican Army over the French at the Battle of Puebla, and although the Mexican Army was eventually defeated, this battle came to symbolize unity and patriotism in Mexico. In Mexico, Cinco de Mayo is celebrated, but on a much smaller scale than in the United States. Here, it is a commercialized day to indulge in Dos Equis, Corona, Mexican food, mariachi music, and more. But hey, sombreros off to this celebration of diversity. See the Cinco de Mayo listings for Kansas City happenings, compadres! Hasta la victoria siempre!

Have you been feeling extra stress, pressure, and anger? Not sure why? Some say it’s because the planets have been lining up, which is a rare occurrence, and it might just feel that they are lining up against you. But tonight the planets begin to leave the lineup, making it just the right time for Big Bang Buffet to present Leaving the Line Up at the H&H Bag Company Building, 1524 St. Louis Avenue in the West Bottoms. The Buffet is made up of various styles of performance artists who celebrate stepping out of the herd and into your life, in your own words. They invite you to participate in “the rhythms and the heartbeats of these inner-city artists, living between super cement highways and SUV runways.” Tickets are $5. For more information, call 816-561-6445.6 Saturday

If you’ve got $125 to spare (maybe tax refunds have returned), the Bruce R. Watkins Cultural Heritage Center invites you to Night of the Living Legends: A Tribute to Leonard Reed. Reed, a former Kansas Citian, was a fixture on 18th and Vine in the ’20s and ’30s. If you’re a tap dancer, you’ll know that it was Reed and his partner, Willie Bryant, who introduced “The Shim Sham Shimmy” to the world of tappers. He produced shows starring Lena Horne, Pearl Bailey, and Cab Calloway, and in the ’50s he was the manager of the Apollo Theater in New York’s Harlem. This tribute takes place tonight from 6 to 9 and includes dinner and a show. For more information, call 816-483-4919.

Many female-fronted acts have been tossed into the “riot grrrls” pile, but only one actually uses the word “riot” in its name. Rebecca Riots shares a radical lyrical stance with other riot squads, although its acoustic folk is a far cry from the feedback-filled fury of Bikini Kill or Bratmobile. Still, politically minded punks who would take Bob Dylan over Blink-182 any day will flock to see this Berkeley-based group, which was named “Best Band with a Conscience” in a San Francisco Bay Guardian poll, at the All Souls Unitarian Church at 4501 Walnut. See them tonight at 8 for $12. For more information, call the Willow information line at 816-691-8785.

When I was 13, I could barely deal with fractions. But 13-year-old Eldar Djangirov, formerly of Kyrgyzstan (a republic of the country formerly known as the Soviet Union), already has fingered his way into the world’s musical heart. He played a brief stint at this year’s Grammys, appeared on CBS’s Sunday Morning program, and received invitations from piano greats around the globe to join them in concerts. Young Eldar will play today at 3 p.m. at Shawnee United Methodist Church, 10700 Johnson Drive. Tickets are $6. For more information, call 913-268-4544.

Count Almaviva wants to marry Rosina, but her mean guardian, Dr. Bartolo, keeps her under lock and key, with plans of marrying her himself. So Almaviva does what any lovestruck pup would do: He goes to Figaro, Dr. Bartolo’s wily barber, who helps Almaviva see his beloved Rosina. Ah, the stories of love, and this rollicking romantic one, The Barber of Seville, will delight theatergoers tonight. The Lyric Opera will perform this charming opera tonight at 7:30 at The Lyric Theatre, 11th and Central. Tickets range from $10 to $55. For more information, call 816-471-7344.

Some might say that people aren’t doing their fair share in keeping our environment clean and fresh and here for the next generation. But then there’s the Lenexa Field and Garden Club, which wants to do what it can to keep folks singing “America, the Beautiful” with conviction. If you want to do your part, meet the garden club tonight at 6:30 at Legler Barn, 87th and Lackman. Bring your own hand tools, gloves, and clothes that can get grubby because it’s herb garden cleanup day. For more information, call 913-541-1465.

The alliteratively named Loch Lloyd, which lies amid the rolling woods, streams, golf greens, and lakes at 168th and Holmes, will take center stage as the 2000 Vanderslice Kitchens & Homes Tour presents “Loch Lloyd Lifestyles,” featuring six distinctive homes. The tour is scheduled today from 10 a.m. to 8 p.m. Tickets are $15, and proceeds go to the Kansas City Art Institute. For more information, call 816-802-3339.