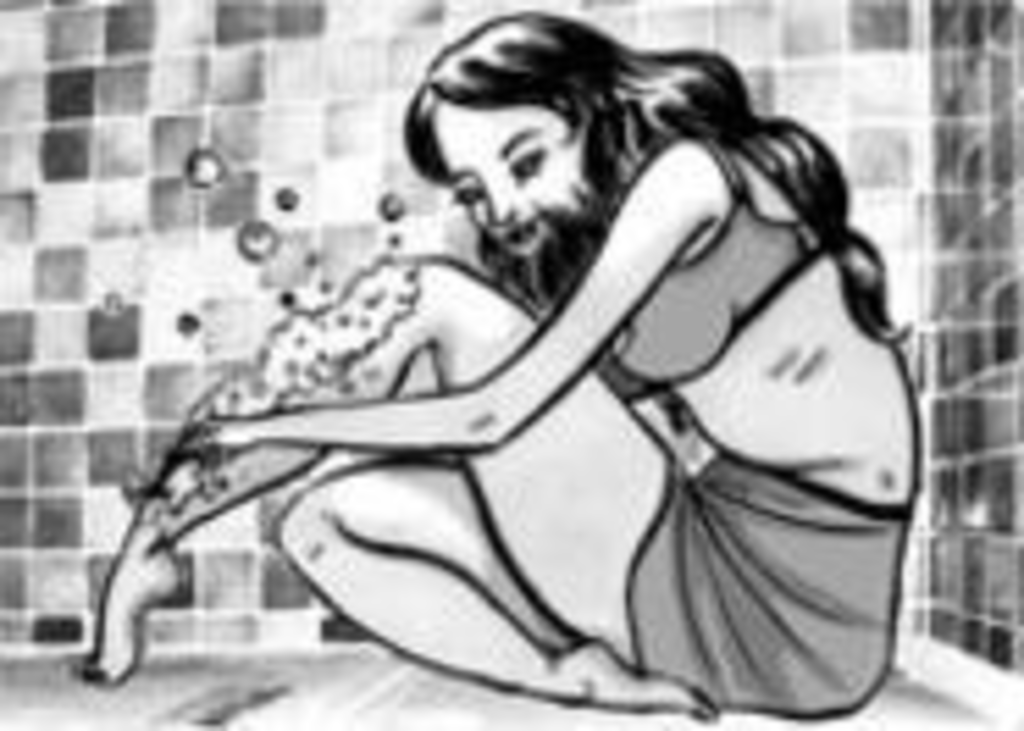 Thursday, August 11
Tonight we’re off to Lawrence in search of intellectual stimulation. First stop: the Spencer Museum of Art (1301 Mississippi, 785-864-4710) to see director David Cronenberg’s Spider, the second installment in the Spencer’s contemporary film series aimed at exploring the human mind. The film is based on a novel by Patrick McGrath, whose father was the medical superintendent at Broadmoor Hospital, London’s largest institution for the criminally insane. Ralph Fiennes plays a schizophrenic who believes that his father (Gabriel Byrne) killed his mother (Miranda Richardson) to take up residence with a prostitute (also Richardson). The movie, which starts at 7, follows last week’s screening of Eternal Sunshine of the Spotless Mind and precedes next week’s Donnie Darko. (Somebody at KU has seriously fantastic taste in movies.) Then we’re off to 75th Street Brewery (3512 Clinton Parkway, 785-856-2337) for the Brainville Trivia Show. Teams compete in categories such as Roman history, Ralph Wiggum quotes, science, and celebrity scandals — which we, by the way, have all sewn up; admission is $5. We gotta admit: With $2 house drinks and all those Ethan Hawke-circa-Reality Bites-types around, by the end of the night … well, we might be looking for a different kind of stimulation.

Our experiments with clay have never ended well. Our coil pots lean to one side, experience on the pottery wheel convinces us that we should not operate any kind of machinery, and, as prissy as it sounds, clay just feels so squishy. Which is why we have utmost respect for the artists in Hard at Work at the Kansas City Clay Guild’s Centered Earth Gallery (200 West 74th Street, 816-363-1373). There, a variety of sculpture and pottery is on display, and we can safely say that all of the pieces should be more visually appealing than our clay rendition of the family cat (c. 1984). The exhibit’s opening reception is tonight from 7 to 9. We’ll be the ones bowing at the artists’ feet.

The color red corresponds to qualities such as survival, stability and courage, making it a fitting hue for gay, lesbian, bisexual and transgender young people (as well as their older or straight supporters) to wear at today’s Red Shirt Day at Worlds of Fun (4545 Worlds of Fun Avenue, 816-453-7280). Passages Youth Group, a volunteer-run organization committed to creating a supportive and safe environment for gay teens, hosts the all-day affair. Tickets ($25) and red T-shirts ($10) can be purchased at the Lesbian and Gay Community Center (207 Westport Road) or online at www.kcpassages.org. The park opens at 10 a.m.

Hey, if you’re gonna do Ibsen, you might as well really do it — none of that pussyfootin’ around with A Doll’s House. Marianna Vogt understands this; that’s why she went straight for the philosophical, existential meat when she decided to direct and produce something for the Urban Culture Project. Ibsen’s 1892 play The Master Builder tackles youth, age, guilt, sex and the balance of power — and is supposedly autobiographical, based on posthumously discovered letters that reference a relationship Ibsen had with 18-year-old Emilie Bardach. (He was 61 at the time, that devil.) She certainly wasn’t the only young woman with whom he engaged in extramarital interactions, but she reportedly told Ibsen that she delighted in luring other women’s husbands from them. Floozy. If you didn’t catch the production at 8 p.m. Thursday, Friday or Saturday at the Boley Building (12th Street and Walnut, 816-221-5115), 2 p.m. today is your final chance.

Tonight at Solidarity (1119 Massachusetts in Lawrence) finds the women’s health discussion group meeting at 6:30. It’s not the topics that fascinate us all that much (though tonight’s, shaving, is sure to get hairy); rather, it’s the group’s guidelines for who can come: “Anyone who identifies as a woman or who has the female anatomy being discussed.” Then the group gets specific, letting possible attendees know that it welcomes “mothers, grandmothers, queer women, transwomen, students, women of color, working women, stay-at-home moms and single women.” So if you fall into any of these categories — and have body hair — we’ll know where to find you. Contact cajungal@mutualaid.org with questions.

Out of This World is the name of today’s cooking class at the Culinary Center of Kansas City (7917 Foster in Overland Park, 913-341-4455), and we are totally psyched to get our nerd on. Erupting volcano cakes, dirt cake, edible moon-rock clay: These are the sorts of things that sound appealing to our galactic geek side. We’re going to have to find a youngster who wants to whip up some glow-in-the-dark gelatin for us, though, because this journey into food and space is geared for ages 9-13. The class starts at 10 a.m. and costs $40 for chef wannabes.

So we’re not exactly encouraged to go through other people’s stuff that’s stored in the basement of our apartment building, but there aren’t any signs or anything — and what else are we supposed to do while the 1972 washing machine finishes its three-hour spin cycle? Our current favorite displaced item is a heavy silver harmonica nestled among dusty, empty boxes of dryer sheets. (Nobody ever throws those away — why?) Did it drop from the pocket of a beat-up pair of Levi’s during a cold-wash load, ultimately forgotten and left behind when that tenant moved? Does the forlorn woman who lives below us store it there because it’s too painful a reminder of her last lover? Is it a valuable antique, previously belonging to Thomas Hart Benton (a noted harmonica player, as we’re sure you all know), there for safekeeping because its owner foolishly thinks nobody’s nosing around? Perhaps we can find out at the Society for the Preservation and Advancement of the Harmonica‘s international convention at the Hilton Airport Hotel (8801 Northwest 112th Street, 816-891-8900). It started yesterday and continues through Saturday. Each day offers a concert and a seminar (today’s is “Tongue Techniques” — no comment); see www.harmonicaclubkc.org for more information.