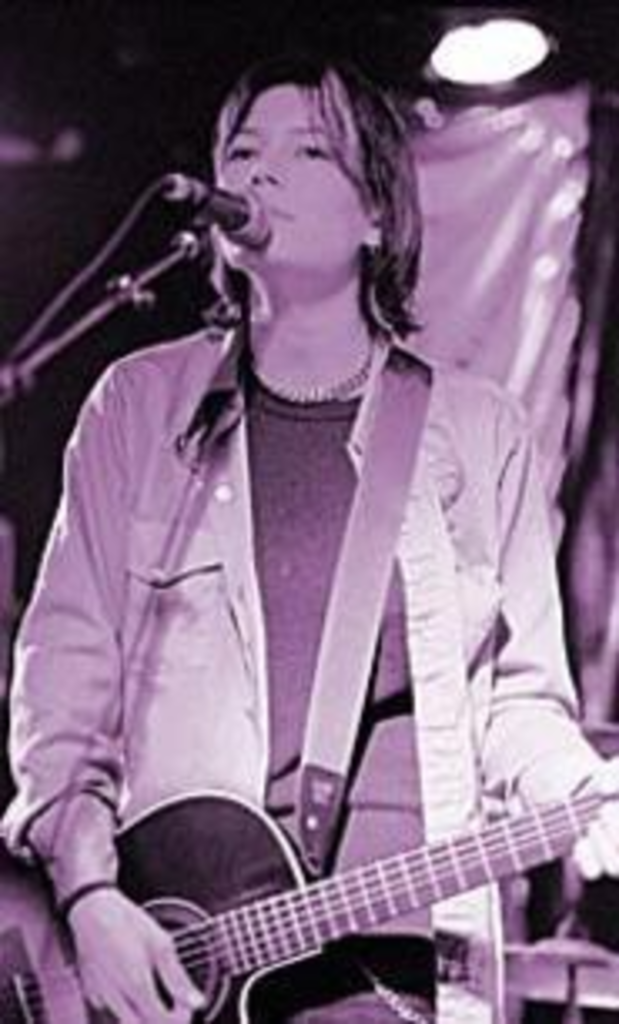 14 Thursday
If knowing all about what really went on in the White House over the past eight years has left anybody wanting more, today’s the day to get it. The debate about what happens behind Democrats’ closed doors versus Republicans’ peccadillos gets more ammunition when Carl Sferrazza Anthony discusses his book, America’s First Families: 200 Years of Private Life in the White House, at 7:30 p.m. at Unity Temple on the Plaza, 707 W. 47th Street. The old ammunition — about Clinton’s cigars, in particular — is smoldering, so this talk, followed by a question-and-answer session, comes to town just in time. Admission is free. For more information, call 913-384-3126.

Koyaanisqatsi is a film without dialogue. That’s because the majority of its characters — mountains, canyons, clouds, reflective surfaces of buildings, highways, parking lots, seascapes, cityscapes, industrial machinery — don’t talk. The only voice that director Godfrey Reggio gives them is music by Philip Glass, which is untraditional even for a film score, let alone an approximation of dialogue. This mesmerizing film (its title is a Hopi word meaning “life out of balance”), which depicts the Earth from unusual angles, at unusual distances, and with unusual film speeds, somehow makes viewers feel suspended in time while managing to wordlessly fast-forward through all of natural history. Koyaanisqatsi screens at the Nelson-Atkins Museum of Art, 4525 Oak, tonight at 7. For more information, call 816-561-4000.

Bookish people crawl out of the woodwork and make some noise at Friction Magazine‘s Print Benefit with the Sleazebeats at Midtown Dance Studio, from 7:30 p.m. to 1 a.m. Friction Magazine has been an exclusively online publication so far, and its creators plan to get the first print edition out the first week of January, though that date isn’t etched in stone. If this party brings in enough people at $5 each, the magazine won’t have to be etched in stone either. The evening gets started with a poetry slam, followed by a performance by a pop-rock group with really nasty lyrics, The Sleazebeats. With The Sleazebeats’ gig, the evening’s language games take on a whole new flavor, which may send guests with delicate sensibilities home early to wash out their mouths with soap and water. Fortunately, the First Amendment covers musicians as well as writers. For more information, call Prospero’s Books at 816-960-7202.

Today is a second chance for Kansas City art and mechanics lovers to see Batteries Not Included at The Late Show, 4222 Charlotte. It’s the perfect place for a screw; artist Reeder Fahienstock’s work includes paintings of screws, woodblock prints of screws, and clay depictions of screws. Lori Raye Erickson’s work appears alongside Fahienstock’s; her etchings incorporate actual screws, not to mention bolts and nails. She creates mixed-media pieces with mechanical objects, paint, and stuffed bunnies that look as if they’ve been, in the words of show coordinator Tom Deutheraye, “beaten to hell.” Erickson’s work could be the ideal find for unconventional holiday shoppers with post-mall aggression. Batteries aren’t included, but they may not be necessary given the state these toys are in. For more information, call 816-531-8044.

It may be cold, but outdoor spectator sports continue. Shocking as it may be, fans are expected to turn out for the SuperCup Cyclocross Finals today at Stoll Park, 12500 W. 119th Street, pounding cowbells and drums and wearing face paint, horns, and even animal costumes while watching this hourlong race. Racers compete on lightweight bikes over courses that include dirt, pavement, and turf. When faced with a hurdle, a mud pit, or a steep embankment, they dismount, hoist the bikes to their shoulders, run, and then remount. According to Fries, “In words alone, the sport of cyclocross seems ridiculous.” Indeed it does, but it also sounds entertaining. Races start at 1 p.m. For more information, call 800-262-7275.

Tonight marks the monthly benefit for thezone.org, Kansas City’s online music guide, at the Grand Emporium, 3832 Main. It’s women’s acoustic night, and although ladies’ nights at clubs are usually unsubtle attempts to bring in men, performers Kristie Stremel (named the Pitch‘s best crushworthy local celebrity), Julia Peterson, Stephanie Hewitt, and Post Orgasmic Trauma are unlikely to have much patience for lecherous club-trolling guys. We’re hoping Post Orgasmic Trauma goes on last, as a name like that could put a real damper on following acts. The show starts at 9:30 p.m.; a cover charge applies, but students with ID get in free. For more information, call 816-531-7557.

Although advertisements for Reflections in Black: Smithsonian African American Photography Art and Activism, on display at the American Jazz Museum, draw attention to the portraits of such famous people as Muhammed Ali and Billie Holiday, some of the most captivating works in the collection are of unknown subjects who speak to more universal concerns. Consider the overhead view of a pole man on a boat in Mali, the color photograph of a young black girl holding a white Barbie, the harrowing photographs of men on death row, the scene from a river baptism ceremony in Baltimore, the barbershop mirror reflecting black customers with propagandistic notices reading “Buy Black” around the mirror’s frame. Other photos show little-known sides of famous figures. A photograph of Elvis and B.B. King pairs the “kings” together, while a shot of John Coltrane in the studio offers a low-key alternative to the favored image of Coltrane on the “Blue” concert tour poster. The exhibit is on display until February 28. For more information, call 816-474-8463.

For Kansas Citians who prefer their holidays to be centered on the devil rather than the baby Jesus, there is still unwholesome fun to be had at The Pub, 1727 McGee, where Gore-B-Q night has outlived its Halloween inspiration to become a weekly tradition. A scary movie and special menu are selected on the day of the event, so Gore-B-Q guests have to turn over their fates to Ernie Locke, the bartending chef with the best plumber’s butt in Kansas City. This week’s movie is probably going to be a zombie flick, but one and all should be prepared for the worst. Previous selections range from very bad (i.e., campy horror) to very good (John Waters’ Serial Mom). For more information, call 816-421-1634.