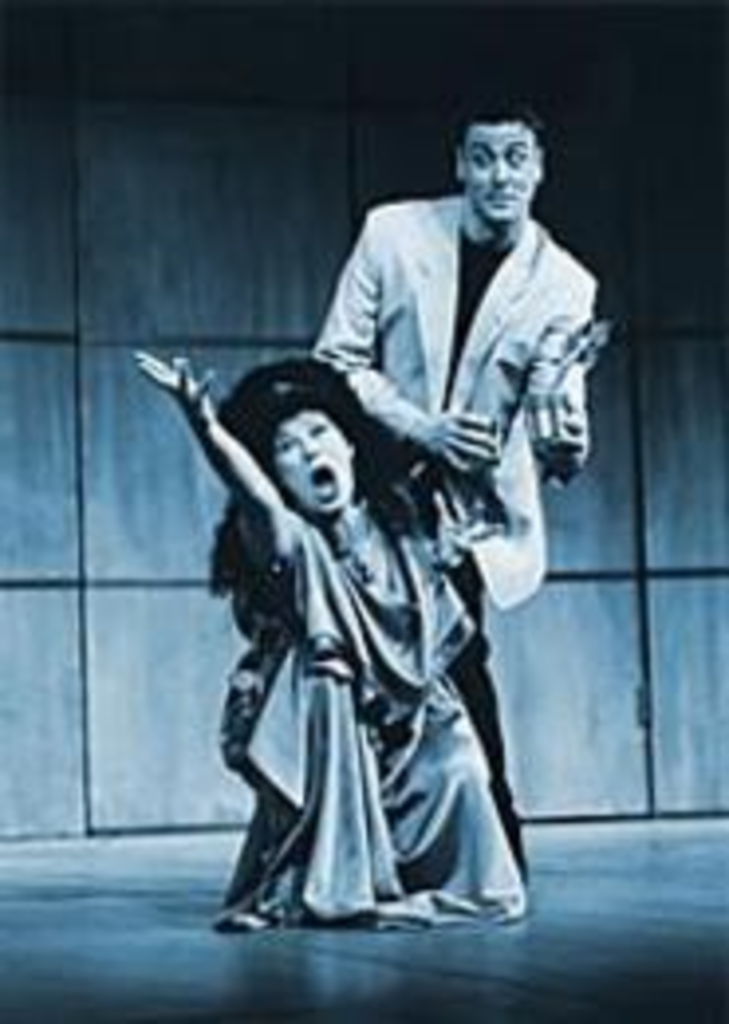 1 Thursday
For anyone who thinks that the search for a mate deserves both scrutiny and mockery, Maybe Baby, It’s You at American Heartland Theater, 2450 Grand, performed at 8 tonight, makes light of the antics that surround coupling up. Depicting numerous lovelorn pairs, including flirtatious high school nerds who one day become estranged suburbanites at their kids’ weekend sporting events, this play ought to provide solace for all the lovesick fools whose quest for a soul mate has led them to engage in ridiculous behavior. Ticket prices start at $14. For more information, call 816-842-9999.

2 Friday
The Stravinsky Festival continues this weekend with Two Treasures by Igor Stravinsky, performed by The Kansas City Symphony at 8 tonight at the Lyric Theatre, 1029 Central. The performance will include “The Nightingale” and “Oedipus Rex” as well as readings of the pieces from Sophocles and Hans Christian Andersen upon which the compositions are based. Aside from the Oedipal conflict, other themes found in the pieces involve the inevitability of fate, mistaken identity and self-retribution. For a calm, quiet night at the symphony, another composer might be in order. Tickets cost from $15 to $40. For more information, call 816-471-4933.

3 Saturday
There are two sides to the coin of natural disaster: the destruction and the relief that follows. On the “relief” side of the coin is Bluegrass Tornadoes, one of the bands headlining a benefit concert to raise money for a family whose house burned down right before Christmas. While looking at the positive side of disaster — the help provided to those affected — people should remember that everyone can take precautions to reduce the damage potential of fires or tornadoes, such as checking that fire alarms are in working order, basements are sealed and battery-operated radios are readily accessible, just in case. Coincidentally, that’s the name of the other local music act set to play tonight: Justin Case, a band with a polished set of blues songs. Both bands will be joined by internationally known musician Connie Dover at the Wilson Center for the Performing Arts at Platte County High School on Highway 92, right off I-29. Admission is a $10 donation. For more information, call 816-858-5186.

4 Sunday
The Opie Gallery, 2012 Baltimore, has an exhibit that looks like a woodshop assignment gone horribly awry. Hammering a Nail is a study of truly obsessive masculinity embodied by a carpenter. Artist Clint Paugh grew up thinking that he would finally be a man once he knew how to use tools to build things, and the exhibit provides evidence that Paugh’s been wondering whether he measures up. Penciled targets on a strip of wood with nails inside them show how accurately he hits the target, while other labels and marks show the precision with which he cuts his angles. Paugh ought to feel better about his manliness; the constructed results are impressive. It’s enough to make a Neanderthal woman swoon. More than that, it’s enough to make today’s viewers look at how measurement figures into definitions of masculinity and femininity, even though we hear more about 36-24-36 than we do about the angle at which a real man holds a hammer. For more information, call 816-474-1919.

A lecture called We Don’t Die Like We Used To at All Souls Unitarian Universalist Church, 4501 Walnut, initiates a discussion on how dying changed during the twentieth century. Perhaps the discussion will include how death continues to change in the 21st century, which might explain the recent appearance of a coffin — not coffee — shop in Westport, a bar district with a lot of foot traffic. If this is a new trend in burial retail, it’s something we should all learn to understand and accept. The lecture starts at 10 a.m. For more information, call 816-363-7645.

5 Monday
Midway through the winter doldrums, a little adventure might get the blah-struck over that hump and on the right track to springtime. Although it’s not the obvious choice, Belly Dancing With Shalimar Ali at City in Motion, 700 West Pennway, could do the trick. The spark of curiosity ignited by the question of how belly dancers manage to move only one part of their abdomens at a time could light up dark winter nights as Ali teaches students the trick of isolated movements. Other topics covered include hip work, finger cymbals and choreography. The class meets every Monday at 6 p.m. For more information, call 913-967-7080.

6 Tuesday
Rosa Parks’ simple act of sitting where she wanted on a bus ride home took on momentous levels of heroism and bravery; yet, as poet Nikki Giovanni is quick to point out in her poetry collection titled Those Who Ride the Night Winds, “Something needs to be said about Rosa Parks other than that she had tired feet. A lot of people had tired feet. A lot of people still do. Most of us just don’t know where to plant them.” The opportunity to say more about Parks comes as part of the University of Missouri-Kansas City’s African-American History Month celebration; Lloyd Daniels presents a lecture on a simple decision that raised civil rights awareness and helped bring about social change. Who Was Rosa Parks? is a biographical look at the woman who made a decision that people everywhere take for granted every day but that, in the right context, made history. The lecture is scheduled for 7:30 a.m. in the African-American History and Culture House at 5245 Rockhill Road. For more information, call 816-235-5641.

7 Wednesday
If things are feeling a little disharmonious at home lately, it might be more than just a singing roommate’s inability to carry a tune. The principles of feng shui, which suggest that the way people order the spaces in which they live and work can either create or disrupt harmony in their lives, are gaining mainstream acceptance. As a result, a seminar called Feng Shui: Harmonize Your Life is taking place at The Good Mother Alchemy Shoppe, 803 Vermont in Lawrence, at 7 p.m. Admission is either $5 or “nine red envelopes.” The latter has no immediately decipherable explanation, but it is nice to have payment options other than the usual monetary exchange to which we’ve all grown accustomed. This seminar allows participants to make small changes in their lives from the moment they pay admission. For more information, call 785-865-2320 or 913-441-4209.