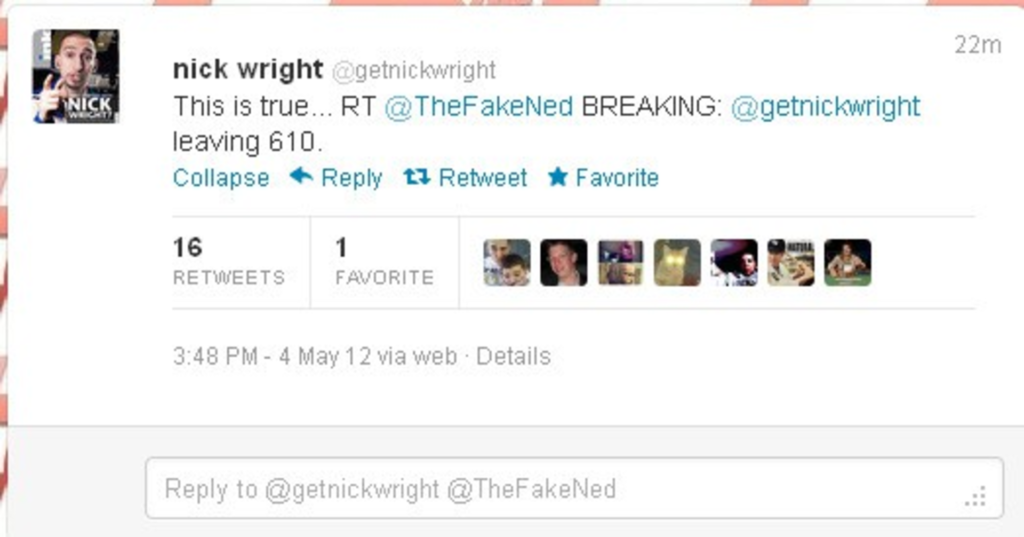 Nick Wright, 610 Sports’ most polarizing and likely most popular host, tweeted this afternoon that he will be leaving the station soon. Wright was named the best sports personality by The Pitch in 2010. Wright is perhaps best-known for hosting former Star columnist Jason Whitlock’s three-hour, tragically self-indulgent farewell verbal carpet bombing of the paper after Whitlock’s departure was announced.

Other notable Wright moments include breaking the story that the Chiefs planned to charge firefighters to stay at a game following a 9/11 commemoration, being the target of a Jason Kendall tongue lashing after the former Royals catcher misinterpreted a question Wright asked a rookie, and making some callous remarks about NFL head injuries.

On April 21, Wright did a national fill-in shift on Fox Sports Radio, so his next move, which he described in a tweet as “all good things,” might be a significant one.