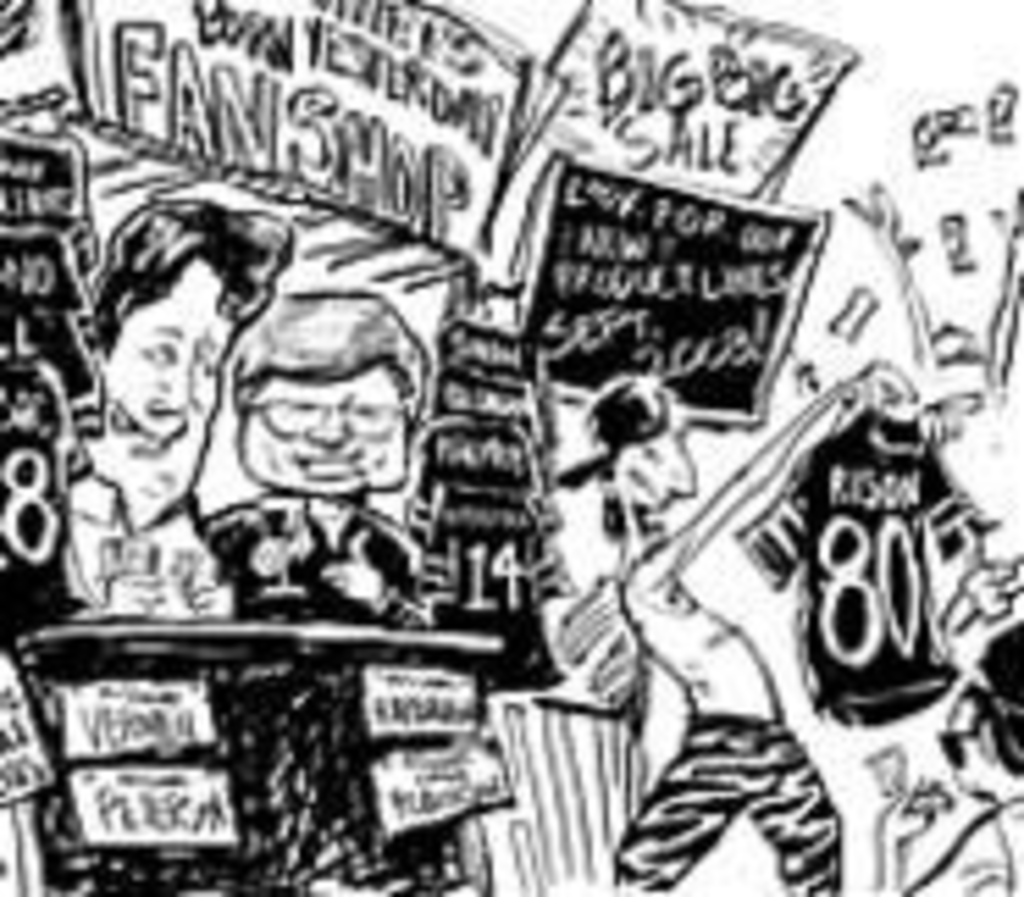 Three days before Christmas, the Chiefs celebrated Arrowhead Stadium’s one hundredth consecutive sellout. On the last game of this agonizing season, die-hard fans packed the place to watch the home team battle San Diego — another team that would finish out of the playoffs.

These fans have only themselves to thank for the Chiefs’ demise.

The team just completed its ninth season without a victory in the playoffs. It’s been five years since the Chiefs have even gone to the playoffs. The team desperately needs change in 2003 if it hopes to stop its skid into the NFL slums, where other perennial last-place franchises like Cincinnati and Arizona dwell.

But Carl Peterson, the Chiefs’ president and CEO, can’t see that. “We have turned the ship in the right direction,” he said last week.

And Dick Vermeil, the Chiefs’ $10 million man, is adamant that his current coaching staff — particularly Defensive Coordinator Greg Robinson — will be back for the third and final year of his contract.

“I don’t plan any changes,” Vermeil said during his final radio show of the season. “I brought Greg Robinson here because I knew him as a person. I know he’s a good football coach.”

Chiefs fans need to use their checkbooks to vote Robinson and his 32-ranked defense out of Arrowhead Stadium. But they won’t. As long as 80,000 Kansas City loyalists continue to show up on Sundays, paying $20 to park their cars and another $50 for the privilege to buy $5 draws inside Arrowhead, they give team owner Lamar Hunt no reason to demand change from Peterson or Vermeil.

Hunt’s Chiefs are worth $462 million, according to Forbes magazine. That’s almost five times more than the $96 million David Glass paid for the Royals in 2000. Forbes listed the Chiefs’ 2001 profits at about $35 million.

Hunt may be one of the founding fathers of the AFL, but he’s a businessman first and last. He sees nothing wrong with a venture that brings in that kind of cash — no matter how many times his employees lose to Denver.

On December 10, Hunt gathered the media inside the Pavilion at Arrowhead. On that particular Tuesday, his football team’s tenuous playoff hopes rested on its three final games against AFC West rivals Denver, San Diego and Oakland. But Hunt’s press conference had nothing to do with the Chiefs. Hunt was in town to recruit “Crusaders” to sell season tickets for his Kansas City Wizards soccer team and introduce the new Crusaders theme: “Wizards 24/7.”

In Hunt’s case, the squeaky turnstile gets the grease. Why should he worry about a Chiefs team whose fans pay more for their tickets every year despite nine consecutive seasons of failure in the playoffs?

If you consider yourself a Chiefs fan, you’ll start demanding more than an exciting offense and an 8-8 record.

Vermeil — a head coach with a 14-18 career record — loves the fans in Kansas City.

“They’re great,” Vermeil said during last week’s radio show on KCFX 101.1, his voice beaming as he compared Kansas City listeners to those in St. Louis. “I did a two-hour radio show every Monday night [in St. Louis] for three years,” he said. “For two years it was two hours, and in my third year there it was one hour.” Vermeil cut the show in half because he was being hounded by Rams fans who weren’t duped by kind words.

“They ate me alive,” Vermeil said. “I think I did a pretty good job of restraining myself and not being sarcastic or a wiseass.”

Then he spoke glowingly of the people on this side of Missouri. “But the people here … these people amaze me. They’re positive. They’re reinforcing.”

They’re also the reason the Chiefs will miss the playoffs again next year. Chiefs fans need to stop nibbling on Vermeil’s ear and start taking large bites out of his sub-.500 ass.