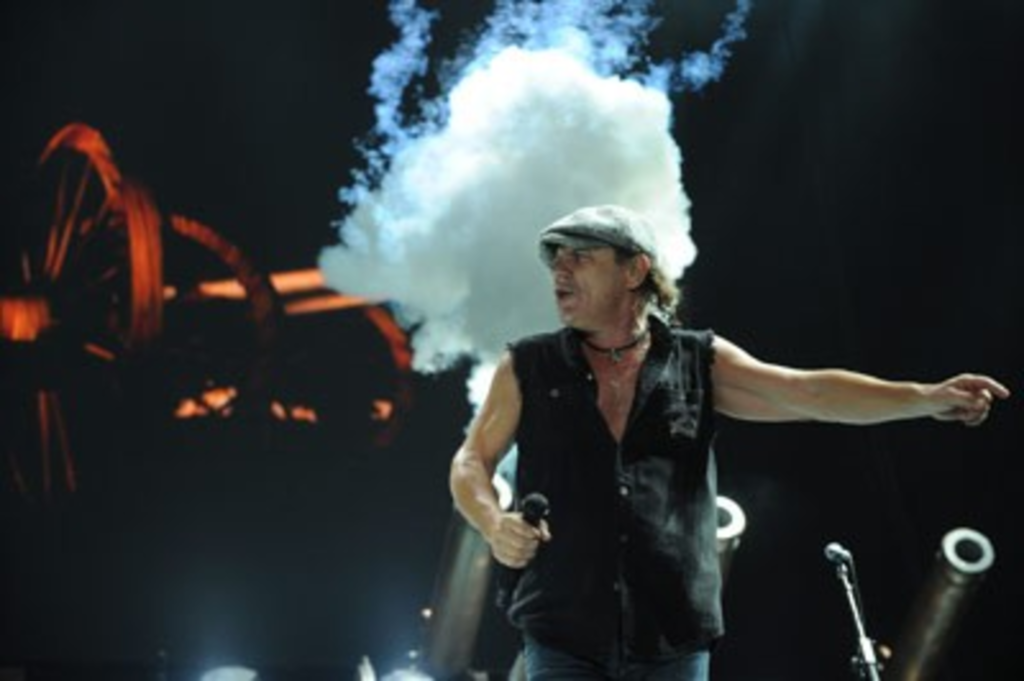 As has been reported hither and thither (though I didn’t know until someone told me last night), AC/DC has had to postpone dates in Phoenix, Las Vegas, Louisville, Kansas City, Des Moines and Milwaukee. According to the band’s site, lead singer Brian Johnson underwent a medical procedure that will require him to rest up a few days. The tour will resume Oct. 16 in Washington (AC)DC.

But for those who were about to rock and then weren’t, guess what? You can totally rock after all! This Sunday, Ace Frehley is performing the national anthem at Arrowhead Stadium before the Chiefs vs. Giants game. Ace is promoting his new solo album, Anomaly. If you have tickets to the game but are not sure how you’ll recognize the original KISS guitarist without his makeup — or his youth — use this video as a guide.