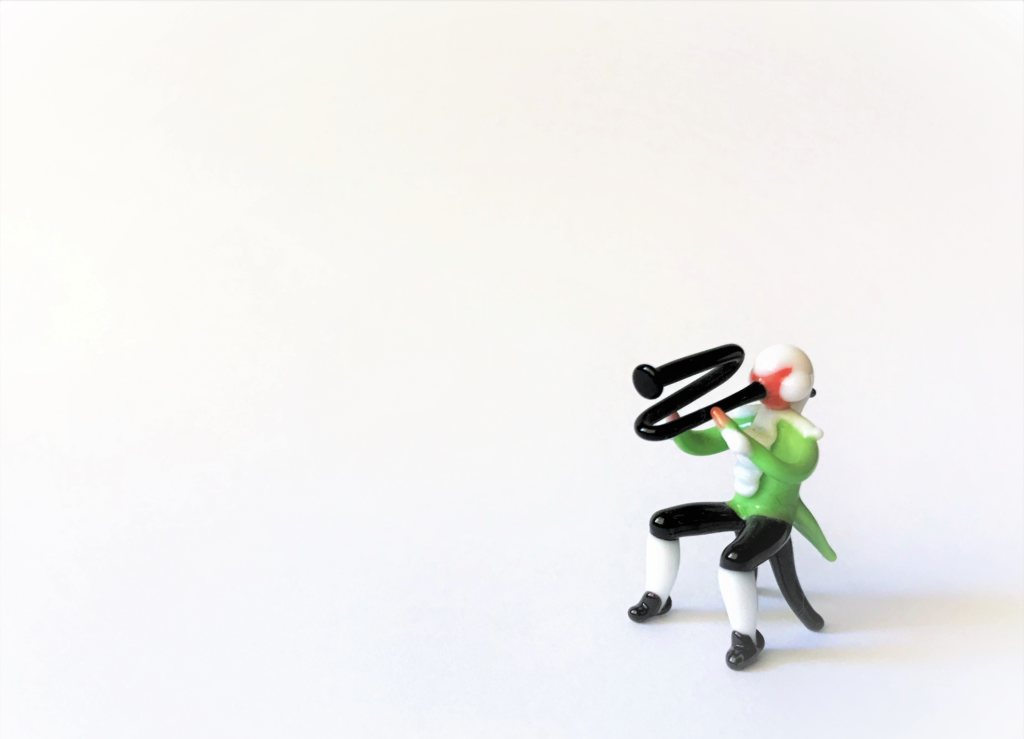 Full disclosure: few phrases bring me more joy than “toy piano.” Another is “Tom Selleck,” but, regrettably, Tom will most likely not be in attendance at newEar Contemporary Chamber Ensemble’s upcoming concert at the National Museum of Toys and Miniatures (or T/m, as we sometimes call it for short). There will be toy pianos at the museum’s November 10 event, though. So — for now, at least — let’s talk toy pianos.

newEar and T/m have teamed up to present “The Joy of Childhood,” the second concert of newEar’s season. The first, “Our Ancient Past,” was “based on folk songs and parables and myths, and the music was a bit more serious,” says Sharra Wagner, newEar’s artistic director and vice president. The collaboration with T/m has “a sense of humor and playfulness to it.”

“We hope to bring more attention to a hidden gem in Kansas City,” Wagner says of T/m. “We are interested in breaking that fourth wall with the audience…and getting out of the traditional performance spaces.”

“It’s going to be a really fun multi-genre, multi-artistic experience, which we haven’t done in a while as newEar,” Pulatie says. “We’re leaning into this theme.”

Katherine Mercier, T/m’s museum educator, will share some musical highlights of T/m’s collection. The collection includes Foster Tracy’s Violin Maker’s Shop, built in the body of a full scale violin, as well as a 17th century harpsichord made by Johannes Landman. It’s operational, but at 1:12th scale (you could hold it in your hand), you would need toothpicks to play the keys. Although, as Mercier notes, it would sound off-key.

They’re also embracing the childhood-toy theme with a post-show snack and old school signature mocktails: Shirley Temples and Roy Rogers.  “We are intentionally being a little kitschy,” says Wagner.

As for the concert itself: it takes an abstract view of childhood in the way it explores play and games, discovery and energy. That’s one of the appealing elements of toy piano, too: the way its distinctive jangle can convey both innocence and an off-kilter sensibility, similar to the pure and unique way children interact with their world.

It opens with Du Yun’s “dreams-bend,” a miniature, four-minute piece for trio and narrator. The Chinese-American composer and performance artist won the 2017 Pulitzer Prize for her opera “Angel’s Bone,” and, according to Wagner, “I don’t think anybody around here has programmed her at all.”

Depending on the performer, Jerome Kitzke’s “The Animist Child” can take either a raw, humorous approach or be more shamanistic, as the performer chants and knocks against the toy piano’s body, as though extorting its soul to emerge. “There’s lots of grunting and shouting,” Wagner says.

Jennifer Jolley’s music comes across as rather cheeky, if her one-act opera “Krispy Kremes and Butter Queens” (about notorious TV chef Paula Deen) is any evidence. Here, her “Double Concerto for Violin and Fiddle” thumbs its nose at the somewhat arbitrary distinction between the instruments and their associated styles, combining traits of baroque and bluegrass for a rip-roaring duo.

Then, with David Smooke’s “Toy With Me,” we return to toy piano, multiplied. The hocketed rhythms of the dueling toy pianos suggest a music box effect, but by the final movement, both performers (in this case, two full-sized adult males of the new music species) are squished together over one keyboard. It’s playfully titled “Snug as Bugs in a Rug.”

The concert ends with a recent work from Carl Vine, his 2017 String Quartet no. 6, “Child’s Play,” a five-movement work that represents “the best part of humanity,” says the composer.

“The nature of child’s play, in fact, captures that sense of unfettered ability and unlimited potential that is within all of us and that we lose as we age,” Vine says.

The concert is strategically placed after the midterms, too, to have something lighthearted, says Pulatie, “after all the seriousness of the news cycles.”

Whatever the results of the first Tuesday in November, we’ll need every ounce of hope, playfulness, and joy this show can bring.

newEar Contemporary Chamber Ensemble presents “The Joy of Childhood” at the National Museum of Toys and Miniatures. Saturday, November 10. Tour starts at 7 p.m., concert at 8 p.m. For more information and tickets, visit newear.org.