Stephanie and Adam Carey, new owners of The Pitch, answer The Pitch Questionnaire 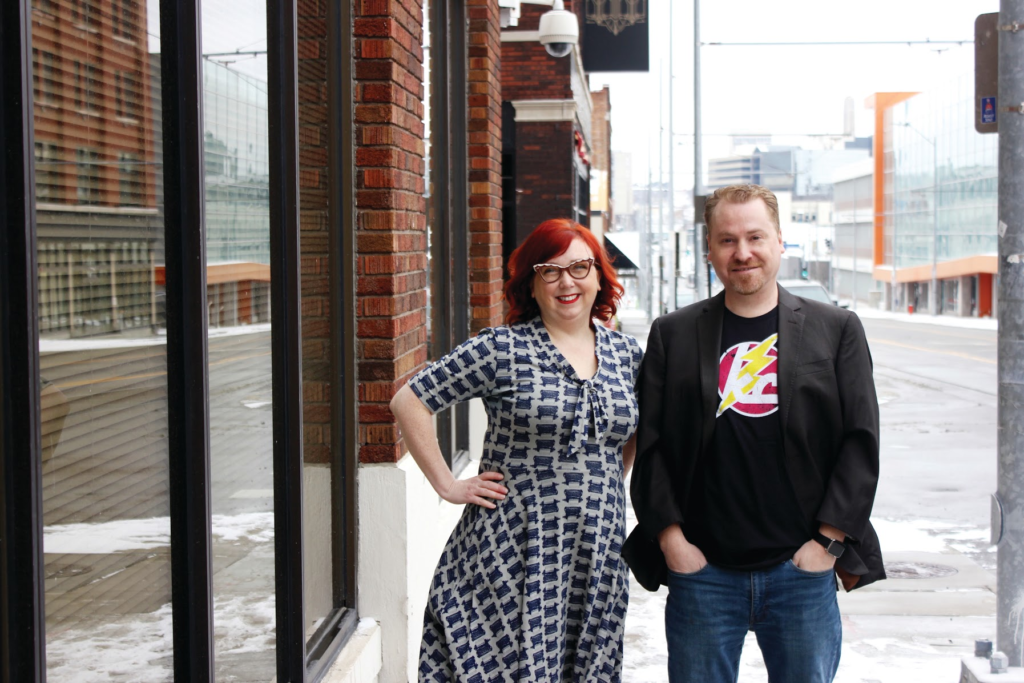 As of January 1, 2018, The Pitch is once again locally owned. Our new overlords are Stephanie and Adam Carey, a married couple who both grew up in the Kansas suburbs and now live in the Valentine neighborhood in Kansas City, Missouri. This is their first media investment, but they’re long-time Pitch readers, and they seem jazzed about preserving The Pitch as an independent voice in Kansas City. But, like, who are they? Meet the Careys.

Your drink: We are red wine drinkers, but when we are having cocktails, Adam loves a good whiskey, and Stephanie likes Tito’s and soda. Boulevard Pale Ale and Crane Brewing Company’s sours are Adam’s go-to beers. Our house motto is, “Never an empty glass.”

What does Kansas City need more of? The Pitch!

The first thing you did once you bought The Pitch: The sale closed at 11:59 p.m. on December 31, so we had a champagne toast with our closest friends. Then we toasted to the New Year! There was a lot of champagne.

What has been the biggest surprise after buying a newspaper? Stephanie: The biggest surprise is that it actually happened; it was always a dream in the back of my head. Every day, I wake up and I think, “Holy moly, I own The Pitch.” Then I think about the 10,000 things on my to-do list and it’s just another day.

What is the last thing you laughed at? Adam: Todd Barry’s latest stand-up special and The Good Place. Stephanie: You watched Todd Barry already? OK, fine. Probably a friend on Snapchat.

What do you do when you aren’t at The Pitch? Stephanie: I love true crime podcasts and binge-ing on audio books. You might also find me hamming it up with my girl-tribe at [Westport’s] Green Room on any given evening. Adam: I have an unhealthy obsession with tabletop games.

We are currently binge-watching: The End of the Fucking World on Netflix.

What makes Kansas City special? It’s this fantastic mix of a city — the culture, dining, art, and entertainment — but it’s also got a great hometown feel to it. We’re always amazed at discovering mutual friends and connections. It seems like we are all within only three degrees of separation.

Your favorite social media platform? Facebook, because we can invite our friends to our parties. Stephanie is pretty active on Twitter, too.

The last book you read: Adam: The latest in The Stormlight Archives by Brandon Sanderson. Stephanie: Girl Logic by Iliza Shlesinger.

Do you have any pets? We have a rambunctious corgi named Tyrion who is spoiled rotten.

The best advice you ever got: Adam: Learn how to take no for an answer. Stephanie: Always ask for what you want.

The most important thing you’ve learned during your career: Stephanie: Take risks. I took my biggest risk right after college. I moved to a small town in North Carolina where I knew no one and worked as a reporter at a daily newspaper. I never looked back. Every risk I’ve taken professionally has taught me about myself, brought me lifelong friends, and ultimately prepared me to be the publisher of The Pitch.

What changes should readers expect? They should expect an increased focus on local, in everything from news coverage to bringing back the calendar of events online.

Where do you see The Pitch in five years? As the first place people in Kansas City look to for real investigative journalism and entertainment updates.

Who did you want to be when you grew up? Adam: A comic book artist, but I was a terrible artist. Stephanie: A “dinosaur scientist.”

What is your soapbox? Local media is not dying. It’s simply evolving. Proof: you’re reading this.

Do you have anything you want to say to our readers? We’re looking forward to meeting you at our Pitch events around town. We want to be your alternative voice, so please let us know how we can better serve you.