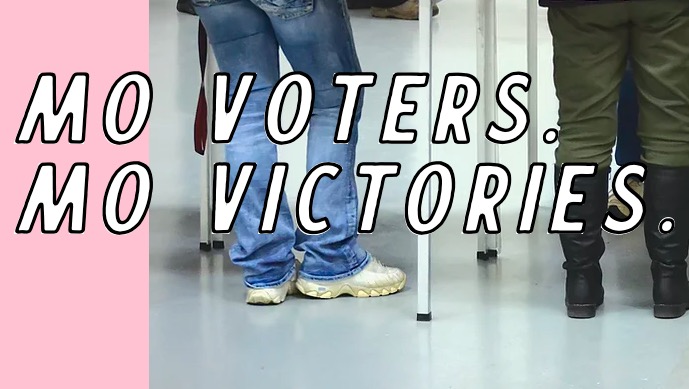 A new organization is working to build a more representative Missouri. The MO Voters Project, launched March 2, aims to register, empower, engage, and educate Missouri voters about what’s happening in the state so that more people have a say in how the state operates.

“We believe that when communities that have been historically disenfranchised and disincentivized from participating in the voting process are better engaged, we can achieve a more equitable, representative, and just democracy,” the Project’s mission statement reads.

Jane Ehinger founded MO Voters Project after being inspired by Stacey Abrams, and grassroots organizers in Georgia and Texas who are working to help citizens gain access to voting. As an architect-turned-public-interest-lawyer, Ehinger has seen inequities in access and engagement opportunities suppress voting and community action that people are trying to do. She hopes that the project will help change that in Missouri. 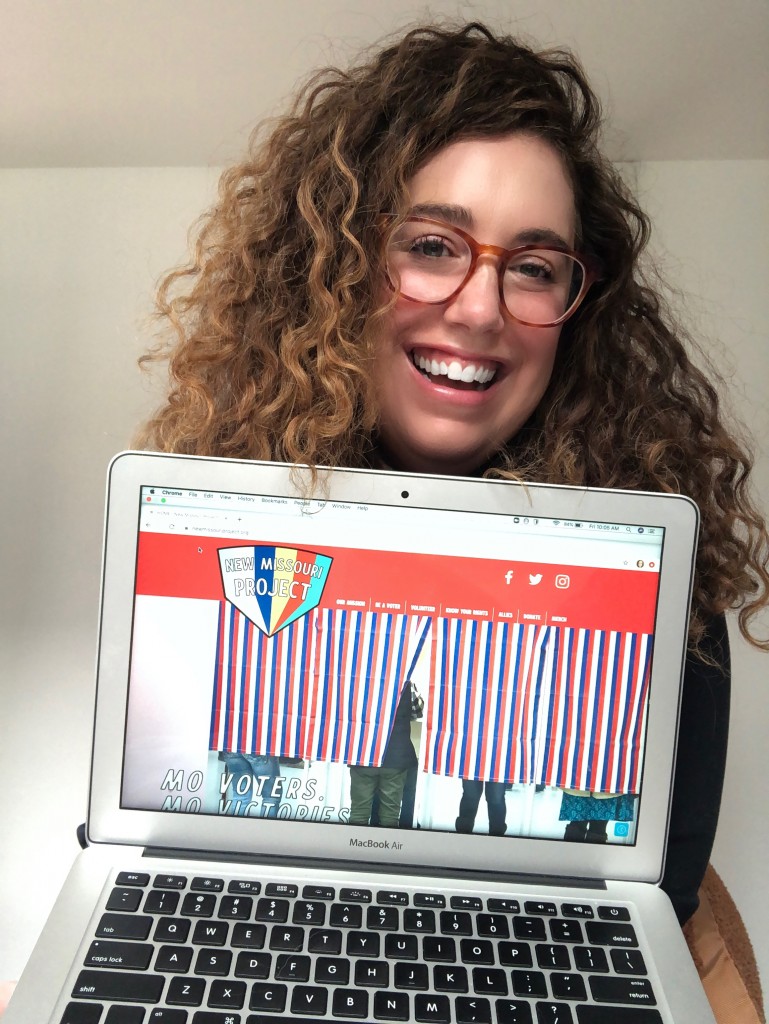 “What [we really hope to do is] create a website that can be a one-stop-shop for all voter resources in Missouri,” Ehinger says. “And that would be able to create a grassroots community of activists that then can hopefully transform the Missouri electorate into one that is better engaged and better educated, in order to make some real change in the state.”

To do that, the project operates on a three-pronged approach. First, to create new and catalog existing voter resources on their website so that people have a place to go to for resources that is fun and easy to use.

“Oftentimes, I find when I’m trying to get information about voting, you know, you go to the government websites, and they are just hard to read, hard to use, and overwhelming,” says Ehinger. “I’m someone who’s very engaged politically, and even I get easily overwhelmed or disinterested in that process. People could come to our website and do things like check their registration status, find a notary, then also do things like check on proposed legislation that’s going in the Missouri State House right now.”

The second approach is to bring volunteer opportunities to people. Whether it’s volunteering with MO Voters Project or another organization doing work in the community, Ehinger hopes to create a database that can connect people with projects and causes they’re passionate about and that will help the community.

“That’s important for two reasons,” Ehinger says. “One, because there’s already so much great work that’s happening in the space. So we want to make sure that we’re not competing with anyone. We’re not trying to reinvent the wheel. We want to build a large, broad coalition to find common ground across the state. The second is to create citizens’ access to a broad range of opportunities—under the general umbrella of voting rights and advocacy.”

One reason that Ehinger thinks MO Voters Project is vital is for initiatives like the Medicaid expansion that passed as a constitutional amendment in August of last year. Since then, “the budget committee is attempting to carve out that Medicaid portion of the state budget, which really is just an effort to undercut and essentially void that amendment voters passed in November. That means that it could potentially be taken away through budget measures,” Ehinger says. She hopes that MO Voters Project will these issues more apparent and get more voters involved.

“That’s where I hope that we can fill the gap so that we can be an organization that exists and can be active at all times, even in quieter times when there aren’t big elections or big ballot initiatives,” Ehinger says. “But the state legislature is attempting to do things that really matter. It’s hard for people to keep up, and a lot of people don’t have the time or bandwidth to do that. We’re hoping we can provide that resource. So if you just, on a Saturday, are feeling like you want to catch up with what is happening in state government, and how you can get involved, then you can check our database.”

The database Ehinger hopes to build is still in its infancy. The MO Voters Project as a whole needs more help, and more voices, to help expand it across the state and fulfill its initiatives. Since the project launched on Tuesday, it has received a lot of support. However, Ehinger recognizes that “there’s a great need for intersectionality that’s currently lacking.” She sees herself as the steward of the project as they grow to involve as many people as possible across Missouri and its urban centers.

The easiest way for people to get involved with MO Voters Project is by visiting their website and signing up for their newsletter. You can also follow along via Facebook, Instagram, and Twitter. Ehinger also wants as many people as possible to get involved with MO Voters Project—whether that be through creating volunteer opportunities, helping grow the organization, or just buying their merch to bring awareness to the project.