New hands at some bakeries roll out the same great bread 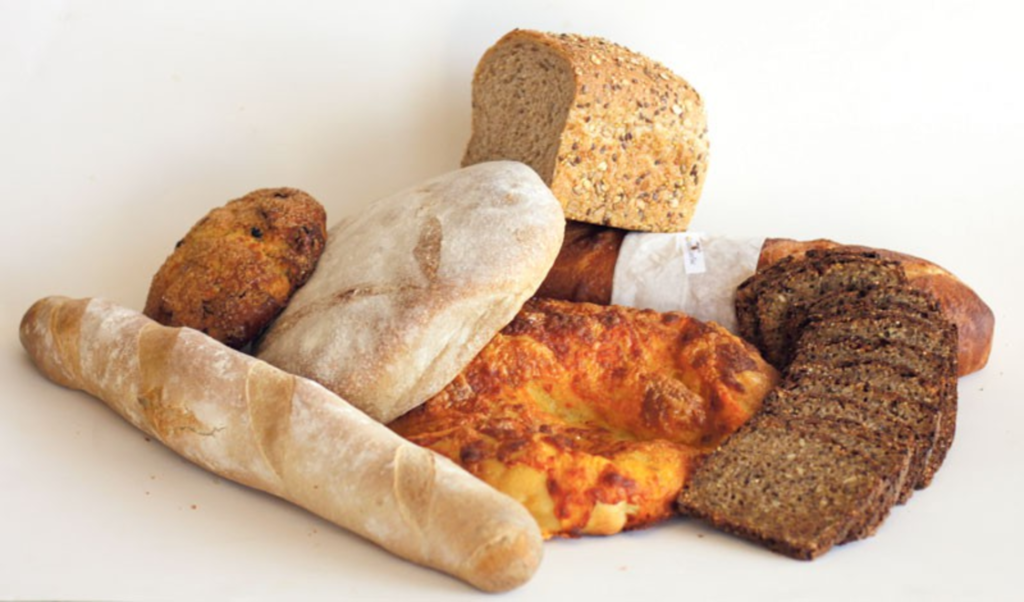 Money and bread have changed hands lately in Kansas City. Two popular downtown bakeries — Bloom Baking Co., in the River Market, and Fervere, in the Crossroads — have new owners.

Sarah Darby purchased Bloom Baking Co. March 1 from Janet O’Toole and Stephen Zaragoza, who opened the bakery in 2010. Darby, who was a nurse for 14 years, tells me that she bought Bloom because she was ready to make a career change — but she’s not changing what has made Bloom popular. (She does plan to expand the bakery’s lunch options eventually.)

“We want the transition to be as smooth as possible,” she says. “Everything is staying the same: the staff, our bread baker and our pastry chefs. All of the recipes came with the sale of the bakery.”

Meanwhile, at Fervere, two longtime bakers there — Chad Russell and Dan Wehner — purchased the 15-year-old business from founder Fred Spompinato, who retired in mid-January. Russell says he and Wehner have a couple of bread-minded partners: Chris and Kate Matsch, who own Lenexa’s Ibis Bakery. “They’ll be our silent partners,” Russell says. “It’s not a merger or a takeover. They were able to help Dan and I finance the purchase.”

Fervere will continue, Russell says, as it always has. “We’re staying in the same location. The breads will stay the same. We’ll continue to offer our seasonal breads.

“Dan and I are both creative,” Russell adds. “We may introduce new breads. I’m very interested in creating a loaf using ancient grains.”

Ibis, as I reported this past January, is coming downtown. Chris Matsch says that when he opens his Crossroads location, tentatively in early 2016, it will remain separate from Fervere. “We may collaborate on different kinds of flour, since we’ll be milling our own grains,” he says.

So changes behind the scenes, yes, but not to the bread itself at two of the city’s most beloved bakeries. At a handful of other bread-centered operations around town, though, some recipes have been improved. As the loaves I picked up from the shops below attest, it’s a good time to bring home some local bread.

Fervere (1702 Summit, 816-842-7272) is famous for its crusty, rustic loaves, such as the fragrant olive-rosemary bread and the fruit-laden “orchard.” But it’s the airy, chewy “cheese slipper” that many of the customers crave. (The pizzalike, produce-topped version we recognized in our Best of Kansas City issue last fall is coming back for another run of Saturday evenings this summer.)

Russell is also continuing to turn out the bakery’s “box bread,” a dense, square loaf sold in a smallish pasteboard box. He calls it “the healthiest bread you can possibly find,” though it tastes better than that suggests. The square loaf, inspired by German vollkornbrot, is made with whole rye and wheat, and six other seeds and grains. “Fred created it,” Russell says, “because he felt guilty making something as decadent as the cheese slipper.”

Bloom Baking Co. (15 East Third Street, 816-283-8437) offers as many as 15 different loaves each day (including a couple available at half size). The crusty baguettes are as Parisian as downtown gets.

McLain’s Bakery (201 East Gregory Blvd., 816-523-9911) has never really been a destination for fresh sandwich loaves, but after the venerable shop was sold to Grand Street LLC last year, general manager Jeff Hirleman decided to change that. He has introduced two sizes of a floury, soft rustic loaf, as well as baguettes and yeasty dinner rolls. The round rustic loaves are very soft and make one hell of a bread pudding (which is also sold there).

Baked in Kansas City (706 Westport Road, 816-561-2253) has endured several conspicuous staffing changes in the year since it opened. The bread was consistently good from the outset, and when Pete Peterman was at the oven, the place made a run at greatness. But Peterman didn’t stick around, and I hadn’t heard who had replaced him — until I dropped by last week.

That was a few days after the food critics’ panel on KCUR 89.3’s Central Standard, of which I’m a part, reached a consensus that the hardest bread to find in Kansas City was a properly pungent, dark, soft rye. If I’d only known that Baked in Kansas City, with new bread baker Joey Phillips, now makes such a loaf. It’s hefty, outstanding and makes the best grilled cheese you’ll ever work up at home.

Andre’s Confiserie Suisse (5018 Main, 816-561-3440) remains far better known for its delicate pastries and chocolates than for its breads. But from Wednesday through Saturday, the baking staff at this patisserie sells a rotating selection of five kinds of freshly baked breads, all of which are excellent. The baguettes (available only by ordering in advance) are for the weekend, assuming that you’ve already polished off Thursday’s delectable potato-garlic bread.

Then, of course, there’s Farm to Market (in grocery stores metrowide). So many restaurants offer the different styles of bread baked by this hometown bakery that it would be heretical to narrow its offerings to any one favorite. The limited-edition seasonal loaf on the shelf now, though — a sugar-crusted Irish soda bread — has a deserved following. It’s not for every taste, but it’s a fine vehicle for corned beef and a spoonful of punchy mustard.