The Missouri House of Representatives voted on Jan. 11 to adopt a new dress code requiring women in the House to wear jackets. 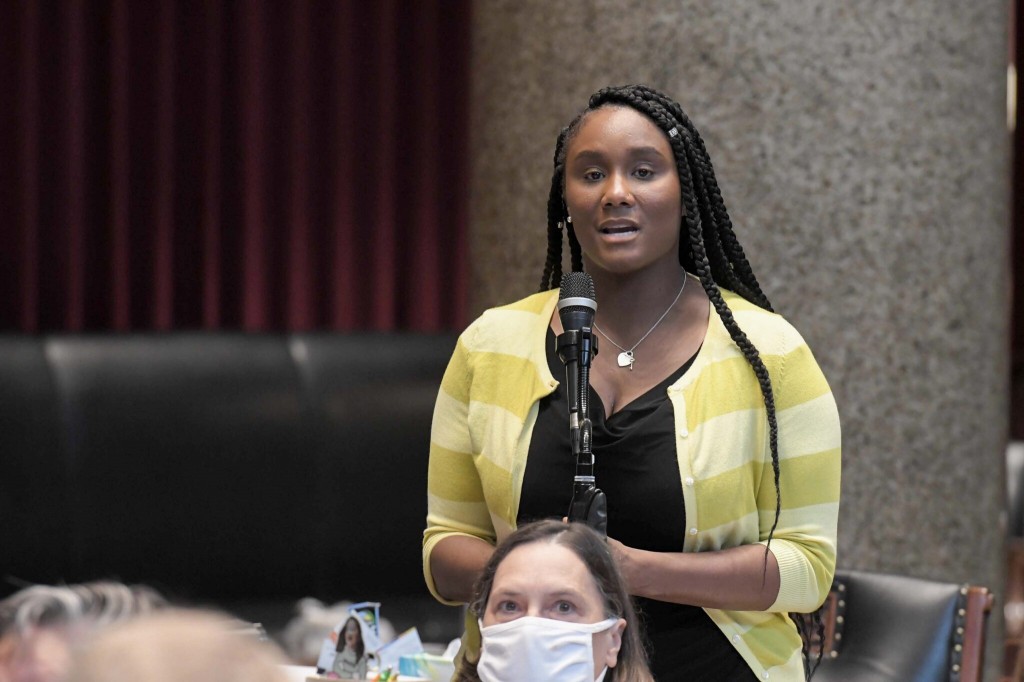 On Jan.11 the Missouri House of Representatives voted to pass a package of House rules that included an amendment requiring women in the House to cover their shoulders.

Before Jan. 11, women were expected to wear “dresses or skirts or slacks worn with a blazer or sweater and appropriate dress shoes or boots.”

The amendment proposed by Rep. Ann Kelley (R-Lamar), requires all women to wear a second layer “blazer or knit blazer.” It was later added that a cardigan would be acceptable, only after the argument that blazers are uncomfortable for pregnant women was brought up.

Rep. Ashley Aune (D-Kansas City) spoke out against the dress code on the house floor.

“Do you know what it feels like to have a bunch of men in this room looking at your top, trying to decide whether it’s appropriate or not?” Aune says to her fellow lawmakers.

Since the dress code passed, more representatives have spoken out against the decision online, adopting the hashtag #sweatergate.

Rep. Maggie Nurrenbern (D-Kansas City) spoke against the dress code by tweeting photos of her bare arms and saying in a separate tweet, “mind-boggling that members of the Missouri House have the right to bear arms on the floor of the chamber, but women legislators are forbidden from showing the same.”

Legislators outside Missouri have also shown their support against the new dress code. Sen. Rebecca White (D-Vermont) tweeted “Vermont legislators stand in solidarity (shoulder to unsleeved shoulder if you will) with our Missouri colleagues.”

Vermont legislators stand in solidarity (shoulder to unsleeved shoulder if you will) with our Missouri colleagues. Please support their fight by donating with link below. #vtpoli #Missouridresscode #rightobarearms #sleevelessinsolidarity pic.twitter.com/uyTYt40oNe

Rep. Raychel Proudie (D-Ferguson) thinks it’s time that it is time for the House to focus on state issues, rather than what women should or should not wear.

“We are fighting—again—for a women’s right to choose something, and this time it’s whether she, how she covers herself,” Proudie says on the House floor. “”If we would all focus on our own constituents and our own closet, I contend the quality of life for Missouri would improve substantially.”