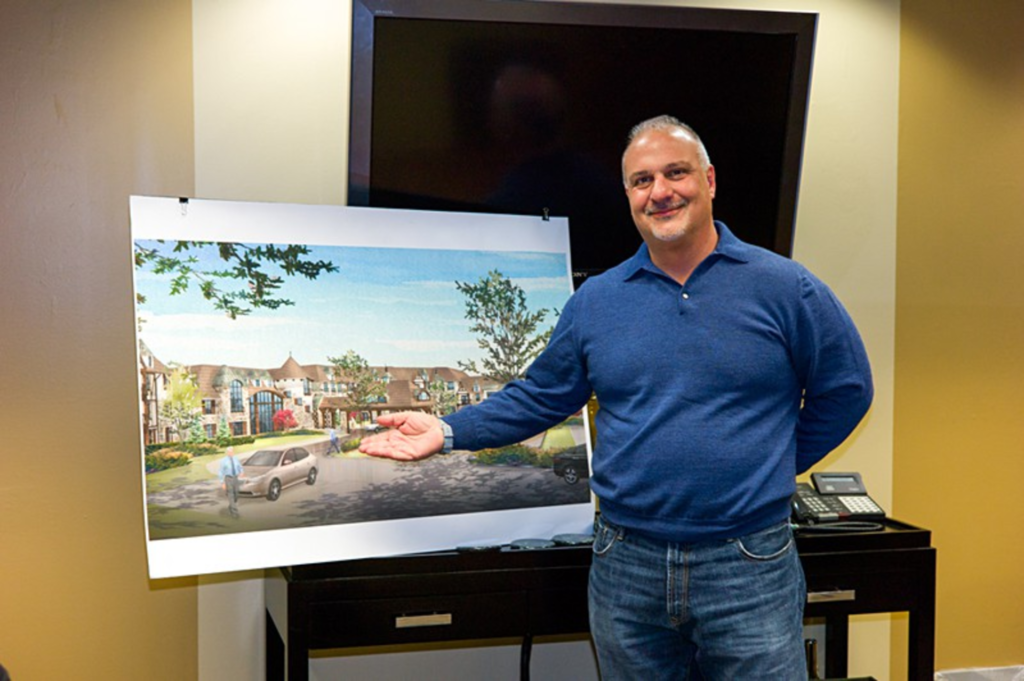 No sooner than the moment The Pitch published this article almost a month ago outlining how the Tutera Group hadn’t gotten enough votes from the Prairie Village City Council to build a large senior living project, CEO Joe Tutera wanted to talk.

He had a full head of steam that day, perhaps understandable given that he had spent more than $4 million buying the old Mission Valley Middle School and was just told he couldn’t develop it into a major senior-living project. The Pitch could barely get in a word edgewise during a two-hour phone conversation in which Tutera railed quite a bit against the Mission Valley Neighbors Association, an ad hoc group that popped up for the purpose of opposing Tutera’s Mission Chateau project.

The MVNA ended up being an influential force in convincing enough council members to vote against giving the Tutera Group a permit to build a 300,000-square-foot-plus senior-living facility on a school site that’s surrounded by residences.

“Who is Mission Valley Neighborhood Association? Who are they? Who is the board? Who are the supporters? Where are the donations coming from? How are they connected to the City Council, if at all?” Tutera told The Pitch on September 5. “I have no idea if they are or not. Who are they? Who is this nebulous group that presents information as if it’s an official body?”

The MVNA expressly opposed Tutera’s plan, claiming that it was large and unwieldy and too dense a development so close to nearby homes, some of them high-priced houses. MVNA’s president is Whitney Kerr, Jr., a well-known real-estate broker who works for Cassidy Turley, a large commercial real-estate firm. MVNA had legal help from John Duggan, generally regarded as an aggressive attorney.

The lawsuit reflects Tutera’s criticisms toward the MVNA, even though Prairie Village is the defendant.

“Certain individuals living near the property formed an association – Mission Valley Neighbors Association – an entity of unknown composition that is not a traditional homes association and not even limited to residents of Prairie Village, for the purposes of opposition to any proppsals to rezone the property or any proposal for a non-single family residential use of the property,” Tutera’s lawsuit reads. “MVNA never did disclose its membership, or even how many residents of Prairie Village that it claimed to represent.”

Mission Chateau actually won the favor of seven members of the 13-member Prairie Village City Council, but because nearby residents had filed a protest petition against the proposal, a newly enacted city ordinance required that the permit application get a 10-vote super majority. Tutera’s lawsuit insists that protest petitions don’t square with Kansas law and violates the company’s basic legal rights, such as due process and equal protection.

The lawsuit asks that the courts order Prairie Village to approve a permit for Mission Chateau.

“MVS is confident that the Johnson County, Kansas District Court will find the six-member minority refused to follow the applicable legal standards required of them when they voted to deny the Special Use Permit to approve Mission Chateau,” reads a statement from the Tutera Group.

Read the whole lawsuit for yourself.
View document “”