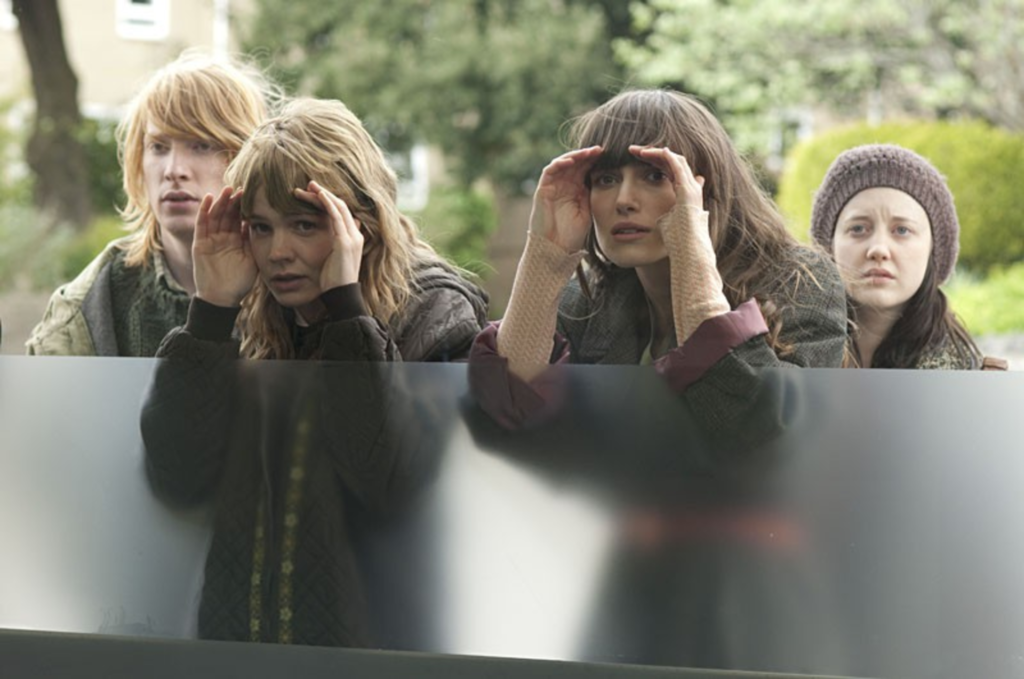 Kazuo Ishiguro’s massively praised novel Never Let Me Go, published five years ago, is set in an alternate universe where life has been extended and catastrophic illness eliminated, thanks to an evolutionary advance: the harvesting of vital organs from specially bred human clones. But that’s back story. Despite its lurid premise, the novel is less sci-fi than oblique allegory, complete with an extensive subtext on the purpose of artistic creation.

Narrated by a tragic innocent, brooding on the nature of childhood and a child’s burgeoning awareness of death, the book attacked tear ducts; the movie, directed by Mark Romanek from Alex Garland’s script, does the same.

Like the novel, the movie derives considerable poign­ancy by pondering a child’s naïve interpretation of the monstrous status quo — in this case, an exclusive boarding school evocatively known as Hailsham. As rich in rustic charm, English tradition and magical thinking as the Hogwarts School of Witchcraft and Wizardry, Hailsham is equally unnatural.

Euphemism is ubiquitous in this hermetic environment, although religion, particularly the notion of Christian sacrifice, is conspicuously absent — or, rather, only present in the legends and fantasies that inform the children’s inner lives.

The children are aware of what they are but have yet to understand their fates. The movie is neither thriller nor exposé, so everything is connected to, and imbued with pathos by, the viewer’s knowledge of the actual situation. Some will be quick to notice the homogeneity of the student population and the tacit assumption of their good fortune to be there; others may note the absence of reference to the children’s parents (and that the teachers are referred to as their “guardians”). Although apparent from the onset, the circumstances are only clearly explained a half-hour in, when the three principals — Kathy, Ruth and Tommy — grow up into Carey Mulligan, Keira Knightley and Andrew Garfield, having departed Hailsham for the college-age halfway house where they will wait until cal­led upon to, as it is said, “complete” their destinies.

Never Let Me Go is distinguished by a strong supporting cast (Charlotte Rampling, Sally Hawkins, Nathalie Richard) as well as a trio of child actors with an uncanny resemblance to their adult counterparts — doubly uncanny, given the context: It’s the memory of these children that underscores the movie’s effectively grim final section, which concerns the protagonists’ adulthood. Even more explicit than a briefly seen medical procedure is the scene in which Kathy and Tommy seek out their former guardians. The confrontation is heart-wrenching, not least because Mulligan and Garfield react to the information they’re given, which finally strips them of their childish illusions, as if channeling their childhood selves.

The children of Hailsham appeal to our best instincts and also our worst. Life feeds on life. While rugged individualists might feel a measure of contempt for the resignation with which they accept their fates, others are apt to analogize the children to exploited factory workers, military conscripts, humanoid replicants, slaves or, most alarmingly, those fellow creatures we call livestock and whose capacity for feeling we necessarily deny.

Pervaded by a cosmic wistfulness, the movie Never Let Me Go is melancholy where the novel is haunting. The silent haste with which the screening room emptied when I saw the film suggests that, conventional as it is, the movie is not without a transgressive power. Never Let Me Go is not a movie about death but, more painfully, about the consciousness of death. An end title would be superfluous.