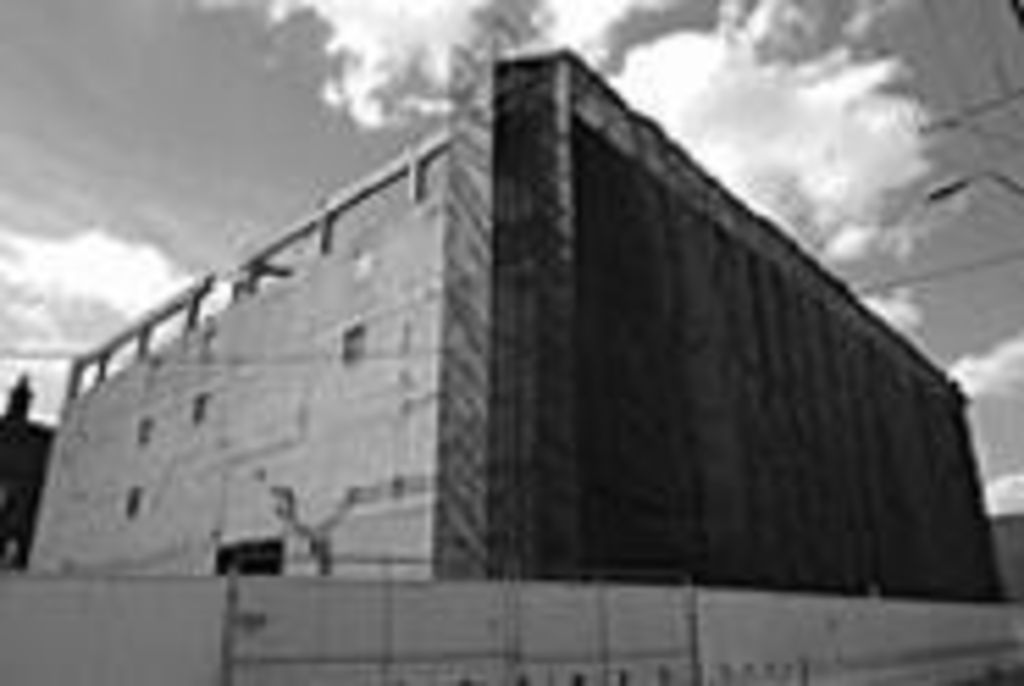 I learned about Christo and Jeanne-Claude in college from a nearly incomprehensible German professor who showed slides of cloth-wrapped buildings to a darkened auditorium full of dozing art-history majors. More memorable than his lecture is my attempt to relay it to my classmate Samantha, who wore very mod clothes — tall boots, short skirts — as well as 1960s-issue thick-rimmed glasses.

Samantha sat on her dorm bed, a bright-orange piece of abstract vinyl art hanging on the wall above her head. I explained how the act of covering buildings was supposed to heighten the viewer’s awareness of them. Denying access to spaces was supposed to play on our collective desire to enter them. Herr Professor had shown a slide of a wrapped museum, becoming itself the object on display. The wrapping of a museum could be seen either as a way of exalting the museum — as gift paper exalts a store-bought item — or of silencing the museum, like a gag.

Samantha’s response: Sigh. Eye rolling. “OK. Whatever.” Of course, Samantha was a star student in the art-history department.

The popular response to Christo’s most recent project — The Gates in Central Park — was less favorable than Samantha’s. The giant, saffron-colored banners Christo and Jeanne-Claude placed at the entrance to the park intentionally blocked people’s views of the rolling hills. (And we all know how much New Yorkers love rolling hills.) For once, people came together to express their desire to see an aspect of their landscape that they had taken for granted — and their urge to urinate all over Christo and Jeanne-Claude’s work. David Letterman has been perfectly obsessed with knocking The Gates. (Number one on his top-ten list of questions for Christo was “Are they urine-proof?”)

Meanwhile, in Kansas City’s Crossroads District, what has popularly become known as the PCB Building stands — though not for long — with a scrim hanging over it, making it look like our own monument to Christo, Jeanne-Claude and their landmark-veiling exploits.

It’s called the PCB Building because, as the affectionate pet name suggests, it contains PCBs, an evil, possibly cancer-causing chemical compound. Its former tenant — PCB Treatment Inc. — mishandled the toxins that it specialized in cleaning; PCB Treatment Inc. lost its license from the Environmental Protection Agency in 1987.

A crew appointed by the EPA is dismantling the building one brick at a time in order to avoid releasing toxic materials into the atmosphere. This has been going on since February and will not be completed until sometime in May or June, according to Pauletta France-Isetts, a remedial project manager with the agency. The scrim that hangs from scaffolding in front of the building is meant to protect us not from the PCBs but from falling debris at the site.

That’s been a point of misunderstanding in the neighborhood. Most people who hang out around the arts district have come to believe that the scrim is supposed to protect them from breathing in dangerous stuff. That’s the word on the street, anyhow.

Mountain Man Dalton Carter, a bearded Crossroads regular who has been engaged in a structure-covering exercise of his own, is one of many people who have been confused by this rumor. Carter has spent the past few months wrapping a $350 RV in metallic duct-covering material, giving it a space-age look. Attached to his futuristic RV are outer-space images clipped from magazines as well as a sign that reads “NASA” in an obviously hand-scrawled approximation of the space agency’s classic logo. “People get their perceptions warped in it,” Carter explains of his ship. “I drive it in, like, a five-block radius.”

During March’s First Friday openings, Carter set up his RV on Baltimore, right across from the Leedy-Voulkos Art Center. He put up a sign that said “YARD SALE” and proceeded to sell off his personal belongings from that vantage point.

When I asked if he liked the PCB Building better covered or uncovered, Carter replied, “I like it better covered, but it’s only temporary.” However, he added, “I don’t understand the mesh on that covering. PCBs are active on the micromilligram level, so I’m not sure how it could screen anything out. I don’t know. I don’t know.”

Just then, a herd of young vegetarians wearing bunny ears walked up. They represented VegKC, and their goal was to hand out leaflets informing art crawlers about animal cruelty in the meat industry. I stopped the guy who appeared to be their ringleader. He gave me a brochure that showed tortured livestock; I talked to him about Christo. It seemed a fair exchange.

“I wrote a report on him for school,” Bryan Rathouz told me. (And might I point out that the animal cruelty crusader’s last name sounds like rat house?)

Is it any different for the EPA to cover a building for a practical purpose than it is for Christo and Jeanne-Claude to cover buildings to mess with people’s minds?

“Well, one’s legitimate,” he said, “and one’s just art. Which is legitimate.” So … is that a no? Yes. “I would say no, it’s not any different. If you’re just a person on the street, you don’t know the difference. In both situations, a covered building asks the question why?”

Rathouz went on to describe his experience in New York City right after 9/11. He was just visiting, and he saw a skyscraper that had been covered in cloth to protect it from harmful byproducts of the World Trade Center’s destruction. “It was fascinating. I stared at it for some time. It’s one of those larger-than-life moments that makes you stop and look. It’s something you don’t expect to see.”

Nonetheless, people had not gathered around the PCB Building and gawked at it like they gawked at art inside the Crossroads galleries. Which was a slight disappointment.

Maria Buszek, who teaches art history at the Kansas City Art Institute, explains the difference between a Christo installation and an EPA installation this way: “If Christo’s Gates were put up because when they came down, Central Park would be gone, people would be a lot crabbier.”

Construction and deconstruction don’t catch the attention of people milling about on First Fridays. It doesn’t even register that there’s a covered building in their midst. Just demolition as usual.

And yet, when was the last time you saw a building knocked down with hammers instead of with a wrecking ball? The slowness of the destruction gives us a rare chance to take note of the building before it’s gone.

“In a way,” Buszek says of the scrim, “it’s like they’re shielding you from the dismantling process.”

Buszek’s favorite Christo and Jeanne-Claude project was the wrapping of the Reichstag Building in Germany. “It became, like, this gift back to the German people. To commemorate that with such a simple gesture is really beautiful.”

What the EPA is doing may be the opposite, but it’s a nice metaphor, and perhaps equally political. The Crossroads is changing in ways that the neighborhood artists can’t control. There is a pervading sense that something is being taken away from them. Not in the form of that particular building — no one, artist or otherwise, wants to be the next tenant of Tumor Central — but the newfangled luxury advertised on every corner is causing financial strain for the artists who started the development trend in the first place. As property values go up, their ability to afford living and working in the neighborhood goes down. The disappearance of the PCB Building might signal much sadder disappearing acts to come.

For now, the scrim still shields us from what’s going on behind it.