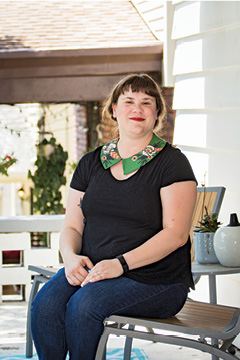 “If you don’t do it, who will?” asks Laura Burkhalter. She’s been president of the Southmoreland Neighborhood Association since 2015, so she knows something about the role that groups such as hers play in a city’s decision making and self-promotion. And she knows the short answer to her rhetorical question: probably not anyone else.

Picture a neighborhood and you typically think of houses and homeowners. But neighborhoods also include renters, retail and other businesses, nonprofits, schools, places of worship, public-works infrastructure and more. Among that diverse array of what leaders like to call “stakeholders,” neighborhood associations build consensus from within, then rely on volunteers — often residents elected to positions of responsibility — to advocate for the best interests of their part of the broader community. There are planning and zoning challenges in every area, for instance, which require a given neighborhood’s residents and businesses to strike certain balances.

Sometimes the effort to find that equipoise reaches the news cycle. So it’s been for Southmoreland, where preservation-minded residents had long fiercely opposed efforts by the Nelson-Atkins Museum of Art to enlarge its footprint. “If you don’t say something and assume that everyone has good intentions, then something really tragic can happen in terms of historic preservation,” Burkhalter says.

Last year, the Nelson released to the public what it called its Master Development Plan — including a proposal to tear down five Southmoreland homes on the historic register in order to accommodate expansion. Southmoreland residents voiced strong objections, and the neighborhood association — working with the nearby Rockhill Neighborhood Association and other neighborhoods — took their challenge to the city.

The Kansas City Missouri Planning Commission then instructed the Nelson to work with the Southmoreland and Rockhill associations to work together. A series of meetings followed over the next six months — eventually leading to a mutual agreement to change the zoning of the five houses for adaptive reuse. The shells of the houses will be maintained, while the interiors may be reconfigured, allowing the Nelson to gain more office, storage and other space. There was much mutual congratulation for having come to an amicable arrangement. Burkhalter says she hopes that other institutions will look to the Nelson-Southmoreland negotiation as an example for how to find common ground. 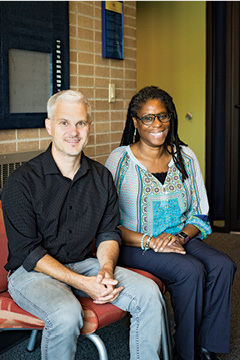 For all the publicity of that resolved conflict, though, Burkhalter points to another issue as having been her neighborhood association’s most important implementation: security. The association hires off-duty Kansas City police officers to patrol the area for a certain number of hours each month, paid by business owners and institutions in the neighborhood (with funding also coming from individuals). “When we look at crime compared to other neighborhoods, ours is relatively low because of the security presence,” Burkhalter says.

Hers is a high-profile part of town, but Burkhalter says that neighborhood associations aren’t just about protecting expensive property or settling duels between deep-pocketed entities. “You’ll be surprised how much of a difference you can make,” she says. “There is a lot of work to be done [everywhere] locally. It is a great way to meet your neighbors and find out what is going on.”

Wondering where to look for information on your neighborhood? Check with the Center for Neighborhoods, (4747 Troost) developed by the University of Missouri-Kansas City Department of Architecture, Urban Planning + Design in partnership with the state of Missouri. The center provides residents and community representatives with access to data, maps, community resources and legal aid.

“Neighborhoods are place-based and geographically-specific — that shapes challenges we see from neighborhood leaders working all over the city,” says Jacob Wagner, associate professor of urban planning and design at UMKC and faculty director at the center. The staff there work to promote education and connectivity among neighborhood leaders.

One issue of consistent focus at the center, Wagner says, is racial profiling. “Neighborhoods are permeable — you can walk through them,” he says. “How do you learn to talk about neighborhood safety and who belongs in the neighborhood?” The center aims to counter the paranoia and disrespectful language that sometimes crop up in online platforms such as Nextdoor and Facebook. The staff at the center serve as moderators for residents to talk with one another in a calm environment about safety and the issues surrounding racial politics.

Dina Newman, the director at the Center for Neighborhoods, came up with the sister-neighborhood approach. She describes one example: “The Oak Park neighborhood is paired with downtown. Totally different, but each has their own issues and, surprisingly, some of it is the same. As they begin to talk with each other and then become advocates for one another and attend each other’s meetings, they begin to find commonality.”

Sarah Snodgrass, a resident and member of the Oak Meyer Gardens Homes Association, says that, among the benefits of being involved with the center, “it helps you get to know your neighbors, and you are aware of city happenings.” She adds: “Beautification and landscaping are projects that we can accomplish. It also sets a standard that neighbors can live up to.”

For someone looking to make a difference, a neighborhood association can provide an accessible opportunity to do something — and see results. Whatever neighborhood you belong to, it almost certainly needs volunteers. Showing up is half the battle.

The Center for Neighborhoods: info.umkc.edu/cfn