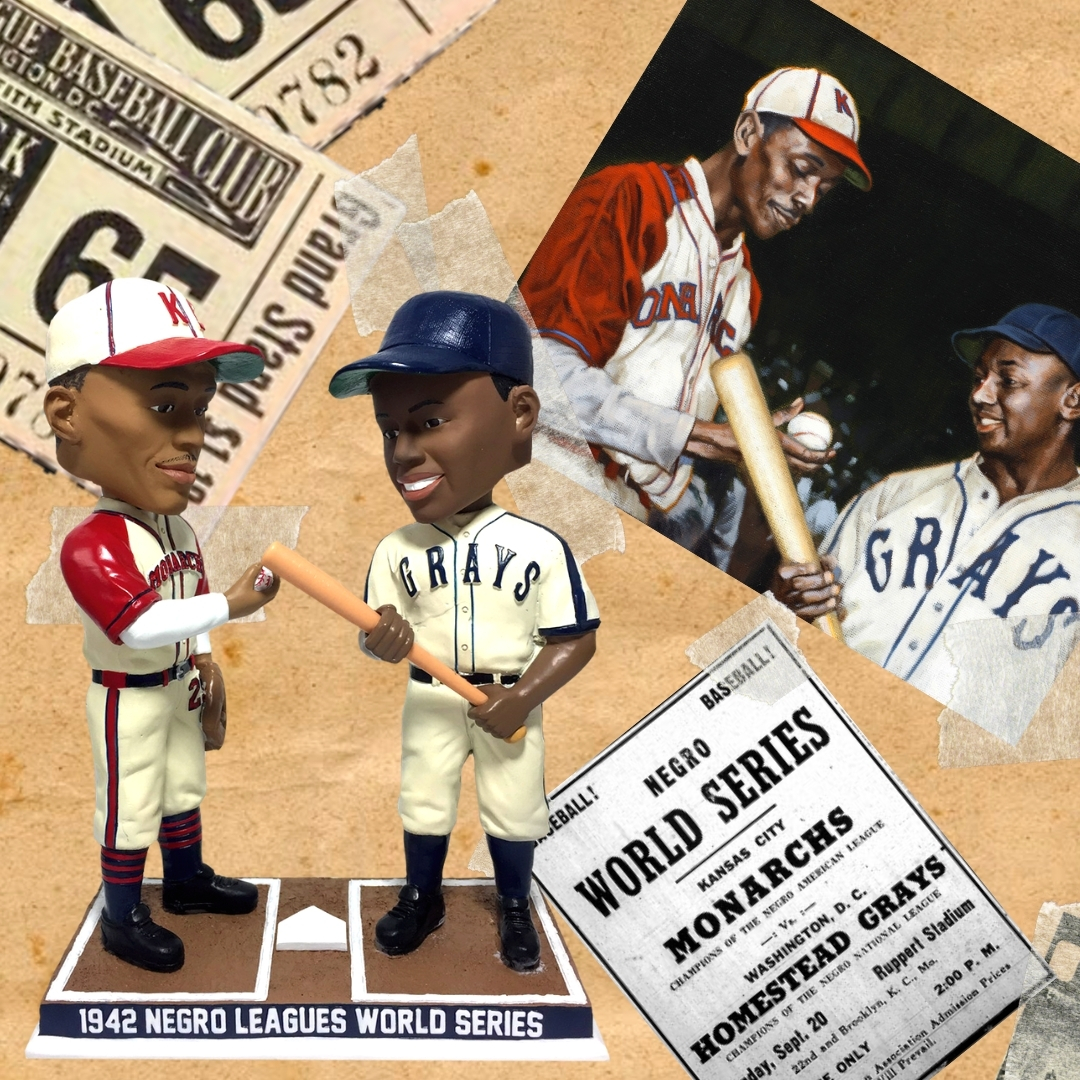 The National Bobblehead Hall of Fame and Museum revealed its latest addition, featuring two prominent athletes from the Negro Leagues as it honors the 100th anniversary of the league’s creation.

The first of many limited edition bobbleheads features Satchel Paige of the Kansas City Monarchs and Josh Gibson of the Homestead Grays when they faced off in the 1942 Negro Leagues World Series. It’s based on a famous photo taken during the World Series.

Each one is individually numbered to 1,942 and are available here and here. The Negro Leagues Baseball Museum and the families of the players licensed and approved the bobbleheads. A portion of the proceeds benefits the NLBM as well as the respective families.

The bobblehead is one of 16 that the Museum is unveiling as a part of the Negro Leagues Special Edition Bobblehead series. In addition to this one, five more Paige bobbleheads and four more Gibson bobbleheads are to set to come out, along with collectibles featuring Connie Morgan, Mamie “Peanut” Johnson, Toni Stone,  Minnie Minoso, Elston Howard, and Rube Foster.

Runner’s High: Going fully unplugged in the desert in search of better times

Best of Kansas City 2021: Women's professional soccer is back in business