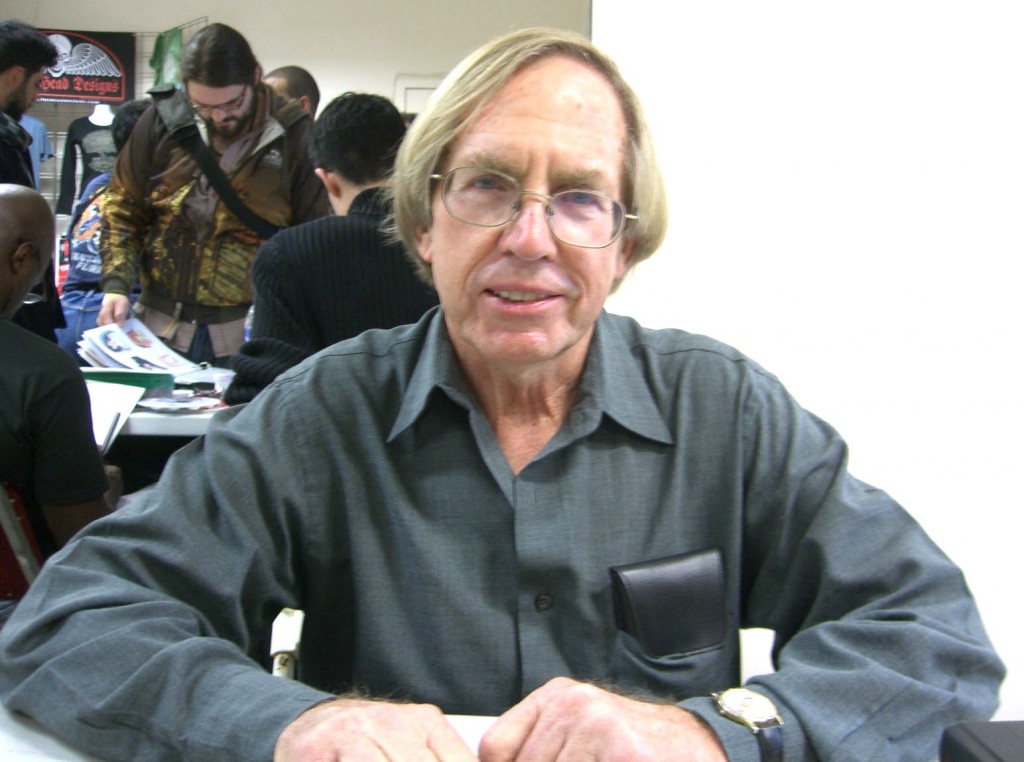 And he’s still at it. Thomas served as Marvel editor-in-chief, but he also helped create and develop Wolverine (Adamantium, the metal in his skeleton is Thomas’ idea), Vision, Luke Cage, Ultron and other characters. He’s penned stories for both Carol Danvers (a.k.a. Captain Marvel) and D.C. favorites like Wonder Woman. He also adapted Star Wars for comic book fans (that’s one of my personal favorites) and bring Herman Melville to new audiences.

Thomas is coming to Planet Comicon Kansas City… which has been rescheduled for August 14-16, 2020.

The Pitch contacted Thomas by e-mail, and he offers some practical advice for those who, like him, want to make a living making dreams come alive on the page.

How does a guy from Jackson, Missouri come to be Marvel’s editor-in-chief?

He gets a job in the comics industry and quickly winds up working for Stan Lee at Marvel as a staff writer, then editorial assistant. He simply keeps writing, proofreading, and doing whatever else Stan needs done until such time as Stan gets himself bumped up to publisher and president and names him “story editor” in a weird power-sharing arrangement with the production manager and an “assistant art director.” Since the production manager has a whole different set of problems, he then waits until the assistant art director proves himself no good in that job (though fine as an artist), and then Stan is finally ready to name him editor-in-chief. It’s a no-brainer.

How often do you come back to your home state?

I used to go to Missouri at least once a year, while my mother lived there before about ten years ago. Since then, I’ve only been there a few times—for my mother’s funeral, for my 60th high school reunion (1958-2018), for a “Roy Thomas Day” in February 2019. I’m always happy to have an excuse to do so, though.

What made you fall in love with comics in the first place?

Who can say? At the age of four, I seem to have discovered comic books on a shelf at Jones Drug Store in Jackson, Missouri. But I was already primed. There exists an unposed photo of me at age 3, in the park around the zoo in St. Louis, looking at the Sunday funnies over a stranger’s shoulder. I was always attracted to the combination of words and pictures, and comics helped teach me to read at age 5.

The sheer range of what you have written is astonishing. How did you go from writing romance to cartoon animals to war to superheroes?

I wrote whatever was needed… whatever an editor would pay me to write. Of course, I had my preferences… but if you’re too choosy, you should take up another profession.

Because you’ve worked at both Marvel and DC, how would you describe the atmosphere at both places?

DC was, even through the 1980s, a much more formal place, little fiefdoms under an editor… although it loosened up a bit under Dick Giordano. With Stan in charge of Marvel and all “power lines” leading to him, things were fairly informal, especially in the mid-1960s when I came to work there. I think Marvel staffers were motivated in a way DC’s weren’t, back then, although later additions at DC brought the same kind of enthusiasm there.

What was it like to take over for Stan Lee as editor-in-chief?

As I said above, it was a gradual process… and actually, I just did a bit more of what I’d already been doing, and with more authority. But Stan was always there, so it wasn’t like running the company as it would’ve become by the late 70s, and especially by the 80s when Stan moved to Los Angeles. But Stan was always there as a presence… and I had the example of a preceding decade-plus of Marvel comics as a guide to what worked.

Your X-Men stories have been particular favorites. Do you think there is anything in your own makeup that served you well for those characters?

Not particularly, except that I always liked super-hero teams, going back to the Justice Society in 1945 and the Marvel Family and Blackhawks soon afterward. I never enjoyed X-MEN all that much except when Neal Adams came along during my second run on the comic and we sparked each other.

You worked on some of Marvel and DC’s most beloved characters. The Avengers, the X-Men and Wonder Woman have all become part of the larger culture. Do you have any suggestions for the people who are handling these characters now?

No… except that they shouldn’t assume, as some more egotistical creators have tended to do over the years, that everybody who handled those characters before they did was an idiot, so that they have to start out with an “Everything you thought you knew about these characters is wrong” attitude. That is arrogant and stupid.

You took over Wonder Woman. Because you’re a guy, what was it like to come up with good stories for her?

No problem. I’d been reading WONDER WOMAN since I was at least five or six. But I talked things over, and to some extent co-plotted with, my girlfriend and soon wife Dann to get more of a female perspective. I’m happy with the short-run Gene Colan and I had on the magazine, but DC (without deliberately trying to) kind of double-crossed me in various ways and reduced my enthusiasm for doing the heroine, so I left.

I enjoyed it very much, as I love making classical literature available to a different audience. Of course, I was much fonder of MOBY-DICK than I was of LAST OF THE MOHICANS. The book I least enjoyed adapting was KIDNAPPED. PICTURE OF DORIAN GREY was a happy surprise, and THE ILIAD, THE ODYSSEY, THE TROJAN WAR, and DRACULA were assignments most of which I talked Marvel into doing (all but THE ODYSSEY). I would have loved to go on doing them forever.

Your résumé is still being filled. Why do you think you’re still at it?

Stan was still working at age 96. Who am I to retire younger than he did? Besides, I like what I’m doing… which doesn’t include as many comics as I’d like to be doing (or as I think one of the major companies would hire me to do if they were as smart as they like to think they are), but is still comics-related: introductions to reprint books, ALTER EGO, and the occasional book about comics history.

You were one of the last people to see Stan Lee. Is that correct?

Yes. My friend/manager John Cimino and I flew out to L.A. to visit him on November 10, 2018. Saw him for about half an hour, about as long as would work without tiring him. He and I both enjoyed the visit, I think. But sadly, he died less than 40 hours later.

Do you wish that adamantium was real and why?

I don’t know about whether Adamantium (I always capitalized it, but you couldn’t tell in the comics) should be real… but I’d love it if one day a real metal, natural or synthetic, acquired that name. I always get a kick out of seeing it in print, especially in non-comics press (as I have in the past in TIME magazine, etc., over the years). It was one of the best words I ever coined, and I’m fairly proud of it. I think it’s an even better named than Vibranium… but I could be prejudiced.