Need an occasion to eat a pastry? Here are five 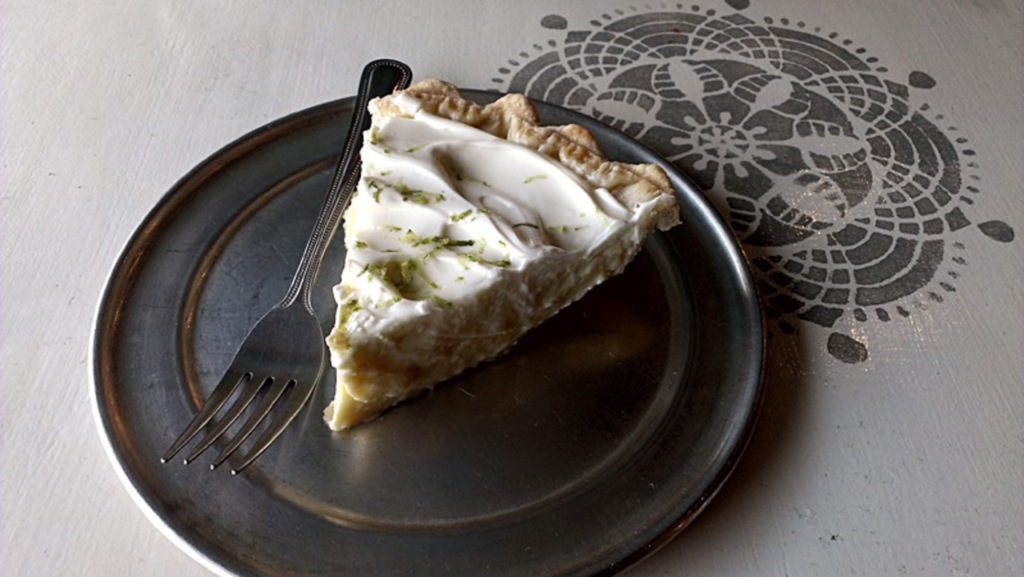 You’re already teetering on the brink of giving up resolutions, which seemed so solid just weeks ago, when you walk into the bakery. But really, what’s the point of subjecting yourself to zumba, sugar-free lattes and kale smoothies if you don’t let loose once in a while? In fact, the end of January is a good time to risk a little decadence with one of these diet killers.

Going to Upper Crust feels like visiting that friend who believes most problems can be solved with cookies. It has a chic, feminine vibe, with red chandeliers and a sign in the bathroom that advises, “Keep calm and find your Mr. Darcy.” The pies are ready for their Pinterest close-ups, with lattice-top crusts bursting with berries and gorgeously peaked-and-browned meringues. The Key lime is rich, creamy and tart, and has a perfectly flaky crust. After eating it, I didn’t need to be told to keep calm, but I did want someone to show me to the break room, so I could take a quick nap.

2. When you have a one-track mind: caramel – pecan roll and cherry Danish from Boulevard Bakery & Pastries (2815 Independence Avenue).

Located beside a laundromat, this tiny bakery just works the oven, plain and simple. That means no coffee, and even the name is abbreviated on the bakery’s storefront sign. But the caramel-pecan roll needs no flair. It tastes like homemade pie, with a gooey, sugary glaze and chopped nuts on top. And the soft, sweet Danish doesn’t skimp on the cherry filling. Get there early in the day – these pastries are popular, and the best stuff goes quickly.

Remember that kid who couldn’t keep food in his mouth? One day he’d have crusted Lucky Charms on his shirt, and the next it was chocolate on his chin. Well, the muffin I ate at Clock Tower Bakery turned me into the grown-woman, business-casual version of that kid. I devoured it for lunch with a cup of coffee, and my fervor for the semisweet dough (generously dusted with cinnamon and sugar) led to the inadvertent deployment of some stray drops. I felt enough love for the muffin that I didn’t mind the prospect of a stain-removal project – or spending part of the afternoon with a cinnamon-sugar mustache.

4. When you got laid a second time: brioche from Bloom Baking Co. (15 East Third Street).

This bustling City Market bakery has mastered the craft of bread making. If you need proof, you can usually find one of the owners out front Saturday mornings handing samples to farmers-market crowds. Bloom’s display case is full of fruit tarts and quiche and other well-made staples, but the star of the show is the brioche, fluffy and delicately sweet. Holding a bite in your mouth like it’s a Jolly Rancher isn’t weird: You savor this bread’s nuances. And you’ll want some on hand, to make last night’s date this morning’s French toast.

5. When you’re ready to eat without shame: Salty Carmella from Cupcake A La Mode (4639 Wornall).

Be warned: It is pink inside Cupcake A La Mode – the kind of all-encompassing, neon pinkness that infiltrates the brain’s pleasure center and makes it demand all the frosting. I was going to eat only a few bites of this cupcake and save the rest for later, but the decadent icing and gooey, salted-caramel center prevented me from following through with that sound decision. Less than a minute later, I was hunched over an empty cupcake wrapper, my knuckles glistening with sugar. I’ll go to yoga in the morning – it will be fine.