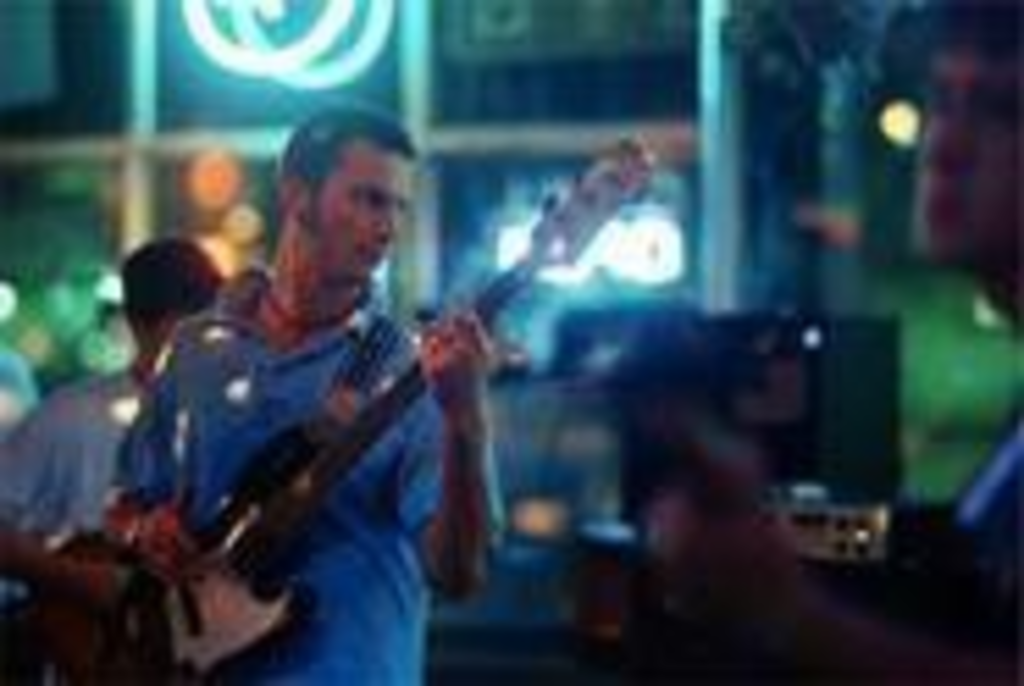 Due to egos beyond the control of the management of the Replay Lounge, the prima-donna duo known as National Skyline drove off into the gorgeous sunset Sunday night, refusing to honor its commitment to perform. The Replay crew reported that the band felt the PA system was inadequate for a group of its stature, so the two guitarists had a hissy fit and drove home to Illinois. Funny, you’d think someone would have investigated all of this before booking the tour.

Kansas City natives Lafayette stepped up to the plate to pinch hit for the pissed-off headliners. In a welcome departure from National Skyline’s antics, they praised the PA system, the venue, and the audience before delivering a poignant set.

Lafayette combines ’80s-era art rock and new wave. Imagine if Rush developed a profound appreciation for King Crimson, or if Shriekback combined efforts with Level 42, and try not to cringe too much. Actually, it’s possible to compare Lafayette to a single group: The Police, in their more exploratory Robert Fripp-meets-reggae mode. Like Sting, Lafayette’s bass player handled most of the vocal duties, and the band’s drummer had a penchant for fluid fills and off-kilter rhythms à la Stewart Copeland.

The vocals provided the only anachronism during this ’80s retro inferno. For some reason, the bassist/vocalist seemed to think his band was indie/emo and tried to merge the disparate genres. This forced marriage resulted in a few snags, but for the most part, it succeeded. Songs such as “A Mirage” and “Agape” rolled along on a jittery white-guy-funk-rock vibe, and the singer sounded as if he needed a hug and a sandwich.

To add to the surreal nature of its set, the quartet employed a fifth member to play a video projector behind them throughout the unexpectedly long performance. Footage from Clash Of The Titans and Tron scrolled across the screen between fritzed-out fractals, serene seagulls, and bubbling kaleidoscope chaos. It was sort of like a Power Point presentation for the criminally insane, but it was often mesmerizing, as was the music turned in by this up-and-coming local outfit. Who needs namby-pamby national touring acts when you have a local talent pool that features such bands as the militant mutants of Lafayette?

Author Mary Roach on her new book, Fuzz, and the joys of experiencing the unexpected