Nation of Language’s Aidan Noell looks onto their musical horizon 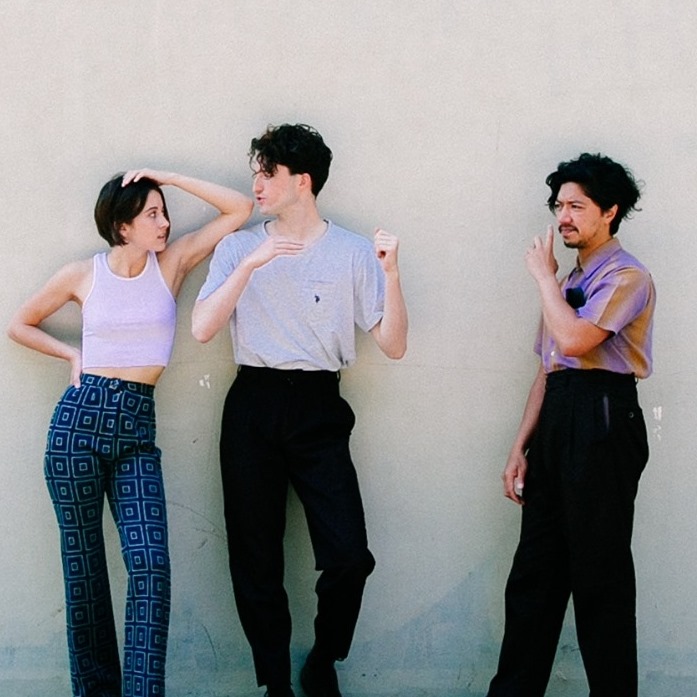 Nation of Language was formed in Brooklyn in 2016 after lead singer Ian Richard Devaney began fooling around on the keyboard, drawing inspiration from 70’s Brit-electro pioneers Orchestral Manoeuvres in the Dark. The band’s fully formed sound came following the addition of Devaney’s former bandmate and bassist, Michael Sue-Poi, and partner Aidan Noell, a Kansas City native, on synth and vocals.

The synthpop juggernaut has since released their debut album, Introduction, Please, in May 2020 and the trio is currently on the road for their first tour post-pandemic with fellow Brooklyn friends and musicians, The Wants. KC’s own recordBar played host for both bands Oct. 8 for a cracking show that the hometown crowd couldn’t get enough of.

Following the show, Aidan Noell spoke to The Pitch about their first tour post-pandemic, performing in front of crowds again, and what’s on the horizon for the group.

The Pitch: What has it meant to be back on tour and playing live shows after taking such a long hiatus due to the pandemic?

Aidan Noell: It’s been such a joy to be back on the road. After not playing shows at all (we didn’t do any virtual sets, knowing that our live presence wouldn’t translate through that medium) since our tour supporting Adam Green got cut short in March 2020, we were antsy as hell to get back on the stage.

Every show we’ve played since getting back to it has been a magical experience. The audiences, both at the sold-out packed rooms to the smaller gigs, have been supportive and really tuned into the shows in a way that was hit or miss before the pandemic. It feels like we’re all just grateful to be reunited at the gig.

So what was it like to play a show in front of friends in Kansas City?

Kansas City, in particular, is a special experience for us; we haven’t played my hometown since 2017, so it was wonderful to show friends and family how we’ve developed since then and to celebrate the return to some semblance of [safe] normalcy together.

Everyone seemed to really enjoy your set and the audience was an eclectic mix of young and old and maybe even people who might not have been super familiar with your music to begin with.

Yeah, it felt like a real party, everyone seeing each other for the first time in a while and dancing together. I’m always grateful we can be a cause for that kind of camaraderie and community, but it is all the more special when I can bring together so many people I love under one roof.

How has the reception been at each stop of the tour?

We’re almost halfway through the tour now, and each night has been a joy. Every person we’ve talked to has made us feel welcome and appreciated. We’ve heard tales of traveling upwards of ten hours to get to our gigs. It’s all very humbling and heartwarming.

Following the tour are there plans to make new music?

We’re excited about the future. A few days after we get back from tour, on November 5, our second album, A Way Forward will be released. 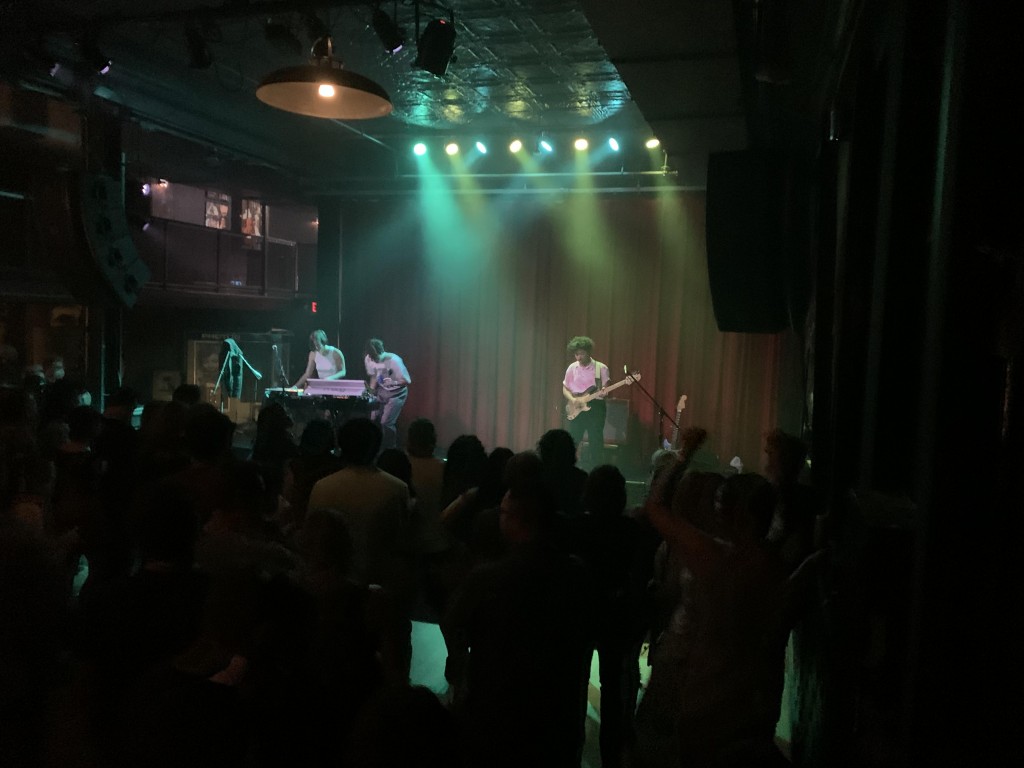 Nation of Language expertly balanced their hazy, textured struts with powerful body shots that energized and enveloped the hometown crowd at recordBar. // Photo by Jacob Martin

Are there any plans for another tour following your new release?

We will be going on another American tour in the spring, and we can’t wait to do this circuit again, and again.

Nation of Language continues their tour across the West before heading back to the East coast for the release of their sophomore effort, A Way Forward, on Nov 5.