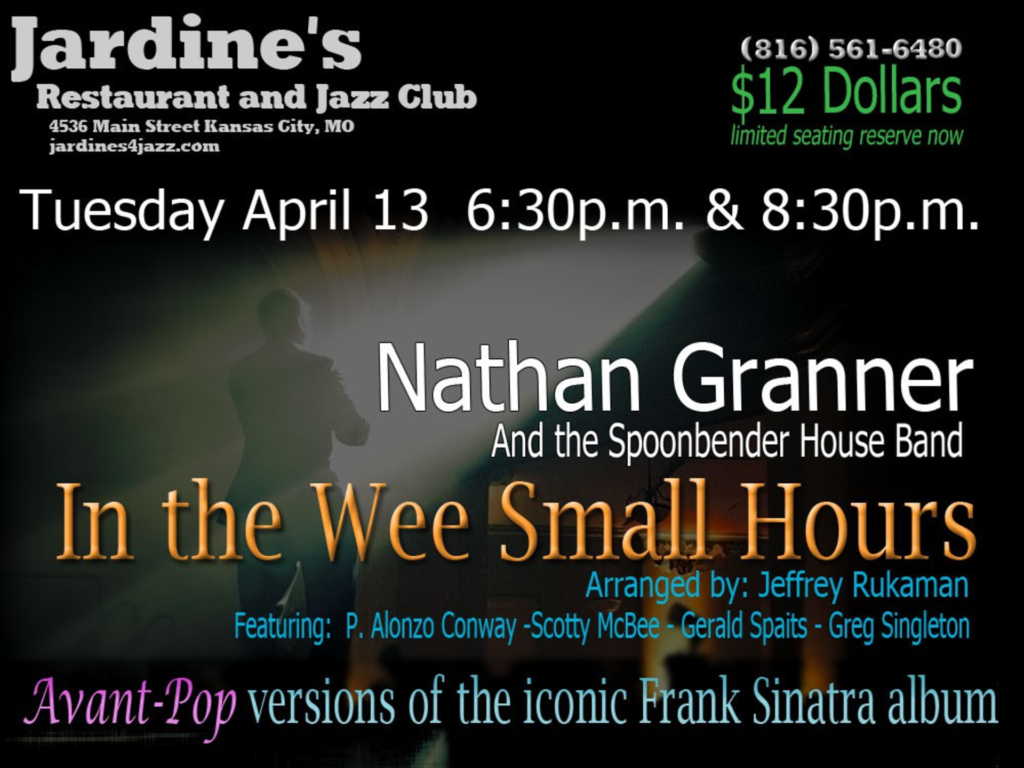 Local tenor Nathan Granner contacted us here at Wayward Blog this weekend in the hopes that we could pass along some information regarding his shows at Jardine’s this week. It seems that while Granner’s “It Might as Well Be Spring: Songs in the Key of the Season” show on Wednesday, April 14, is a night of standards, the show tomorrow is a bit different.

Granner and the Spoonbender House Band are doing a show tomorrow, April 13, called “In the Wee Small Hours,” based on the Sinatra album of the same name. We’ll let Granner explain the details:

It’s an avant-pop show doing pop-rock arrangements of Frank Sinatra’s 1955 smash album In the Wee Small Hours, where Rodgers and Hart’s “Glad to Be Unhappy” turns into “Glad 2 B Unha-P,” sounding like a power ballad. “Ill Wind” sounds like a track from Pink Floyd’s Dark Side of The Moon, plus the Police and George Clinton and the P-Funk All-Stars. For those older people come in expecting to get jazz: well, sure, there’s jazz, but this is more something akin, again, more to rock.

Take a listen to the reworked “Glad to Be Unhappy” below, and see if tomorrow night’s shows are something you’d like.