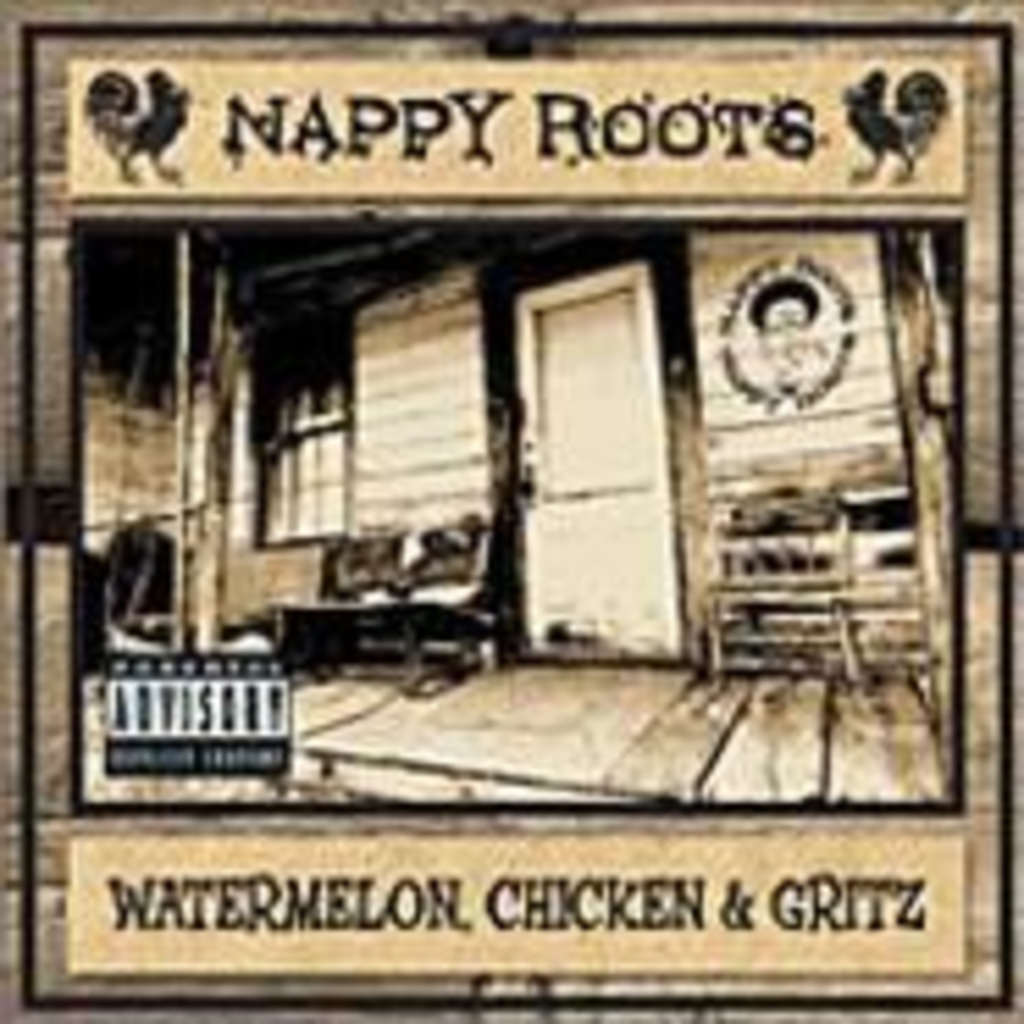 Here’s how you find Nappy Roots. Leave Atlanta, where Outkast reigns. Then head northwest through Tennessee, the state Arrested Development once employed as a metaphor for black (nee, human) tradition and transcendence. Keep going and eventually you’ll wind up in the presumably unlikely stomping grounds — western Kentucky! — of this six-MC collective. On their debut, an embracing of rural Southern stereotypes called Watermelon, Chicken and Gritz, these self-professed down-to-earth “Country Boyz” rap about “Blowin’ Trees” and “Kentucky Mud.” The members of Nappy Roots are, as they aver more than once, knee deep, head over heels in this country shit.

Except not really. The group is actually based in Bowling Green, a Kentucky college town about as rural as Columbia or Lawrence. And though it’s true that Nappy Roots downplays the bling-bling materialism of so much contemporary hip hop, its members usually still come off like playas, and in predictable ways. The details have been tweaked here and there: Instead of Hennessy, for instance, Nappy Roots members swig bootleg gin; instead of rolling in a Jag or a Benz, they brag on a ’79 Cutlass. And sometimes there’s nothing new going on at all: Who’s up for another blowjob while driving? Even if you’re “Ballin’ on a Budget,” as one memorable chorus puts it, you’re still playing the tired games you learned watching Puffy and Snoop on MTV.

Fortunately, Nappy Roots’ music is usually funky enough to make such quibbles irrelevant. Hell, on “Ho Down” (not about a square dance), the group is backed by the Barkays! What’s more, the disc’s best tracks — “Po’ Folks,” “Slums,” “Dime Quarter Nickel Penny” and a few others — really do offer an alternative to most current rap. Specifically, the members rhyme with the intent of “glamorizing being average,” as MC Skinny Deville has noted in the press. The group raps about poverty (Spent my last cent on the rent/Left with pocket lint) and why it exists (Everybody loves money to death/But only 3 percent control America’s wealth) with playful rhymes (ferocious with osteoporosis) and irresistible grooves. Sure, it’d be cool if Nappy Roots took better advantage of the bluegrass state’s most precious natural resources, storytelling and twang. But even so, the group’s comparatively stripped-down music — often not much more than a bass drum and high-hat supporting visceral string-section hooks and gentle acoustic guitars — makes it virtually impossible not to sing along. That’s especially true when the MCs shout out to real folks everywhere: All my life, been poor/But it really don’t matter no mo’…. Average man when the rest was ashamed to be.