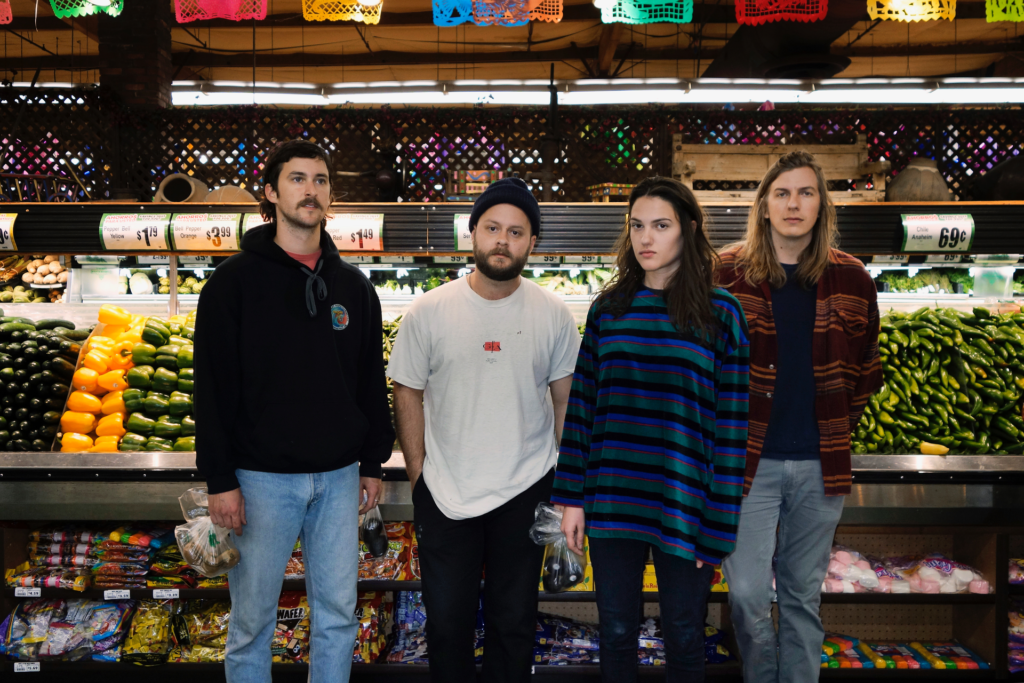 Reading about Phoenix’s Nanami Ozone, you’d think that the band was the second coming of shoegaze, but that’s far too reductive a description. The quartet draws just as much from Teenage Fanclub and Blur as it does Ride and My Bloody Valentine, resulting in a sound that’s as catchily bop-worthy as it is fuzzily introspective. Nanami Ozone’s sophomore LP, and debut for Tiny Engines, NO, came out back in March, and it’s been steadily taking up more and more space in my headphones ever since. I spoke by phone with the band’s singer and guitarist, Sophie Opich, ahead of the band’s upcoming show at Revolution Records. We talked about, among other things, how the desert heat can affect your art.

The Pitch: I’m always surprised at the number of bands to come out of the Southwest. Is it the inverse of Minneapolis, where the weather is too cold to do anything most of the year besides stay inside and make music, except where you are it’s heat instead of cold?

Sophie Opich: Dude, I think it is exactly like that. We were actually talking about how we were headed up that way, and how every band is just playing tons of shows now that summer is happening. Every band that is stuck inside all winter — like, all of these new bands I’m discovering on Instagram — is now playing a show every single week, which is the opposite of us.

When it’s nice out, it’s winter here, so we play a show once every two weeks starting in November. But right now, it’s starting to get hot. It definitely is that thing where you have to stay inside all summer and you just have to write music, and when it’s finally nice out, you want to go outside and share it, you know?

So, is it a case of staying indoors, woodshedding new stuff, and drinking, then being creative as an outlet for being stuck inside?

Oh, definitely. Especially here. Like, we all live in the same house, and you can’t really stay outside for too long. It’s upwards of 100 degrees at all times — even at nighttime, it doesn’t cool off — so we have a band room that’s right in the center of the house, which is the mecca of where the air conditioning will land, and we’ll just stay inside all day.

At night, it’s like, “Well, maybe let’s go to the Circle K and get some beer,” and then you’re immediately like, “I want to get back to the house and play music so badly.” Doing anything else feels like punishment. [laughs]

So you all live in the same house, and you tour together?

Well, not quite the same house. All the boys [bassist Jordan Owen, drummer Chris Gerber, and guitarist-vocalist Colson Miller] live in the house, and I live just down the block. All in the same neighborhood, but pretty much, we’re all at the house all the time. I know: it’s pretty much even worse, because we all work in the same building. [laughs] Jordan and I work in the basement bar and Colson works in the bar above us.

I assume this means you’re all really good friends, then?

We’ve all known each other for a really long time. We’ve all played in a bunch of different bands around Phoenix, and we’ve all had our own different sorts of projects where we’ve all played before. Like, “Oh, my drummer is going out of town. Chris, can you?” I played guitar in one of Colson’s bands, Jordan played guitar in Colson’s band. Everybody had played with each other. A bunch of bands dissolved, and we were sitting outside in the 110 degree heat — I’m not even joking — and we had Miller High Life, and we were like, “We have to go inside and make music, because this is miserable,” and then we went inside and made this band. We were hanging out every day, anyways.

That seems like a really natural way of forming a band.

I was at a talk with a Phoenix visual artist, Stephen Grounds, a while back, and was asking him about why so much art comes out of that town that I don’t expect to come from the Southwest. Is it a proximity to L.A. thing?

It’s that thing where, if you’re not playing music, you’re going to a show, and if you’re putting on an art show, then you’re like, “Oh, does your band want to open for it?” We have a lot of cool, different stuff, and I think it’s because it isn’t like L.A. It’s isn’t so saturated, so people have a little bit more individualism — an opportunity to do something that isn’t so preconceived. We have a scene, but it’s quite diverse.

I assume most folks, when they think of a band from the Southwest, assume something more like Calexico. But, going back to what we were talking about before, Nanami Ozone’s music is definitely suited for hot nights.

I like that. It’s funny: I wonder, because — like I was saying, we’ve all been playing music for such a long time — when we all first started forming our first bands, it was like, that house-party scene. Where it’s unbearable to be inside, but everyone’s inside, because that’s where the music was. Then, you go outside to get some solace, but it’s also still really, really hot.

I wonder if there’s some kind of like, heat energy emanating from all the hot pavement we have here? You can’t go lie on the cold grass.

Nanami Ozone plays Revolution Records with Tears On Tape, Youth Pool, and Oxford Remedy on Tuesday, May 21. Details on that show here.