The two groups claim the law stifles their efforts to register voters and educate about absentee voting. 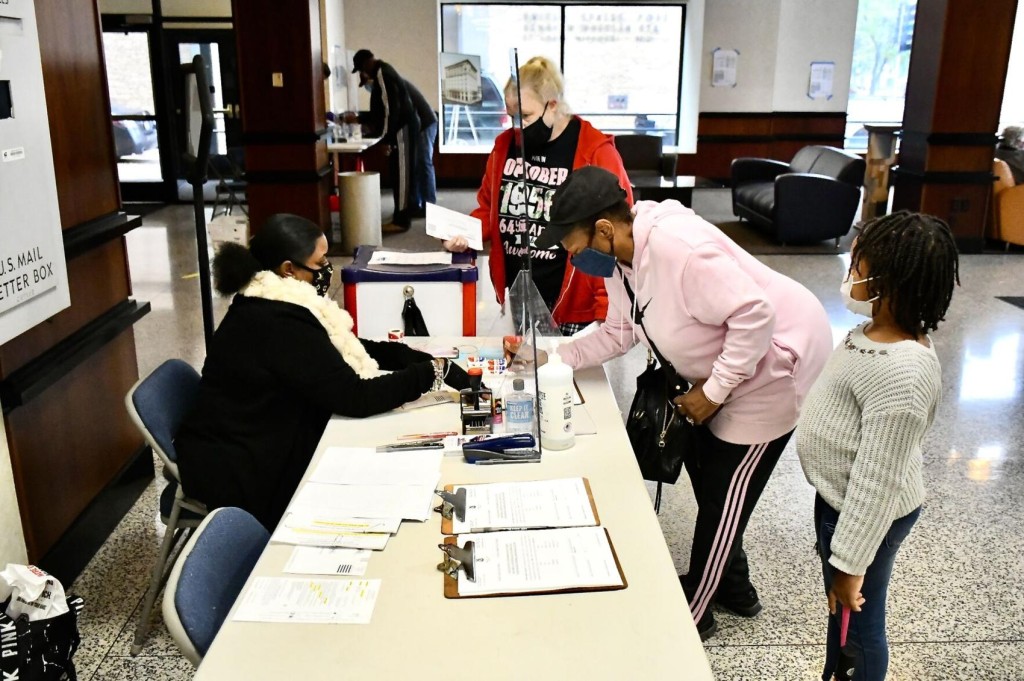 The League of Women Voters of Missouri and Missouri NAACP filed a lawsuit Monday attempting to block a wide-ranging elections bill they argue violates the right to core political speech by curtailing voter engagement.

The lawsuit focuses on provisions of the law, which is set to go into effect on Aug. 28, that prohibit compensating people for voter registration activities and “soliciting” absentee ballot applications.

The law mandates that anyone who assists with more than 10 voter registration applications – which the groups say happens regularly at community engagement events – must both register with the state and be a registered voter or face criminal penalties.

“The law is so vague that simply offering reimbursement for parking or pizza to volunteers could put organizations at risk of violating the law,” according to a press release from the three groups providing legal representation in the case — Campaign Legal Center, American Civil Liberties Union of Missouri and the Missouri Voter Protection Coalition.

The law also prohibits “soliciting” a voter into obtaining an absentee ballot application. This provision could be used to criminalize a volunteer who tells a voter who will be out of town on Election Day that they can vote absentee, the groups claim.

“The statute does not define what it means to ‘solicit’ an application,” the groups say. “Failing to comply with these strict and confusing prohibitions could put innocent volunteers on the wrong side of the law.”

The lawsuit was filed in the Cole County Circuit Court against the state of Missouri and Secretary of State Jay Ashcroft. Unless the court intervenes, the changes will be in effect for the Nov. 8 general election.

The League of Women Voters and the NAACP claim the law will stifle their efforts to register voters and educate them about the absentee voting process.

“This law criminalizes work we do regularly,” said Marilyn McLeod, president of the League of Women Voters of Missouri, “and, ultimately, harms Missouri voters who rely on the League’s work to ensure their voices are heard at the ballot box.”

Nimrod Chapel Jr. President of the Missouri Conference of the NAACP, said his organization has “led the fight for African American voting rights for generations.”

“Missouri lawmakers have stripped us of critical ways to engage our communities,” he said.

Another provision of the law that will go into effect next week is a requirement for voters to present government-issued photo identification to cast a ballot. While lawmakers have approved voter ID laws numerous times, and voters signed off on putting it in the state constitution in 2016, the proposal has never withstood a legal challenge.

Denise Lieberman, director and general counsel of the Missouri Voter Protection Coalition, said a claim challenging that portion of the law will be coming “very soon.”

The new restrictions limiting voter registration and absentee ballot assistance are the “most extreme” of this type of election legislation in the nation, Lieberman said.

“We don’t want them to be overlooked,” she said. “It’s far, far more than a voter ID bill. It not only discriminates against voters, but also criminalizes the civic engagement organizations that work to help those voters.”