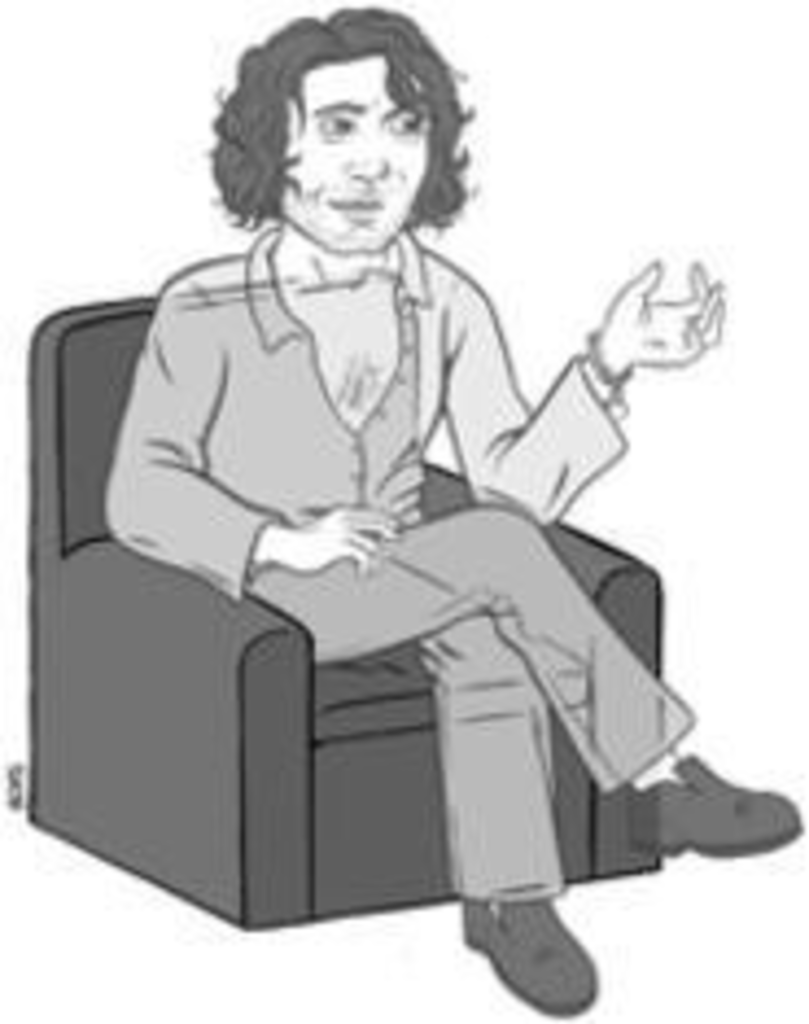 Armed only with a case of Budweiser, some spliffs, a few Air Wick candles for ambience and a passing knowledge of contacting the spirit world gleaned from Ghost and Witchboard, four friends and I joined hands around my dining-room table as the clock approached midnight on Friday, January 13. “Shabooh, shoobah, shamma lamma ding dong … we summon you, Michael Hutchence, to commune with us,” I chanted over and over. Suddenly, the windows flew open, the candles flickered out and an eerie chill descended upon the room.

Hello? Hello? Michael, is that you?

Yeah, mate. Who the fuck are you?

Bloody hell, why couldn’t you be one of them cool mediums, like John Edward or Patricia Arquette?

Sorry, man. Are you in heaven?

You mean they sent you to hell?

Nah, mate, I’m in this weird rock-and-roller purgatory. Y’know, we’re not murderers or anything, but we done our share of sinful stuff — lyin’, stealin’, drinkin’, druggin’, womanizin’, autoerotic asphyxiatin’. So me and Bonham and Cobain and all the rest of us, we gotta wait around a few millennia for our turn to head upstairs, enduring the torture that is watching the sad state of affairs amongst you lot.

Wait, so you can see everything that’s happening here on Earth?

Forget about that stuff — we wanna know what you think of the “new” INXS!

It’s a sick fucking joke, innit? I mean, which is more embarrassing — dying during a wank or whoring yourself out to a horrible reality TV show to get that one last little taste of fame while having that walking nut sac Dave Navarro help you pick a new singer?

Honestly? Dying while jerking off is more embarrassing. So that’s really how you went out?

No, I’m not saying that. It was just an example. A hypothetical situation. Nothing is more embarrassing and pathetic than the spectacle my former so-called mates have been making of themselves, except for that homeless Elvis impersonator they picked to replace me.

J.D. Fortune? Yeah, he’s pretty lame, but he does sound like you.

Yeah, well, woo fuckin’ hoo for karaoke boy wonder! Who’s really gonna pay to see that ass clown take my place in INXS? I was INXS, fer fuck’s sake! And have you heard that thing he wrote, whatsit, “Pretty Vegas”? I never said I was God’s gift to songwriting, but that chucklehead makes me look like Dylan.

Yeah, I feel you on that.

I was talkin’ about this with Ian Curtis the other day, and even he was saying that at least when he bit it, the guys in Joy Division had the decency to quit, change the name to New Order and do something different. And that worked out, yeah? Why can’t INXS just do that?

Well, it’s not their fault you died. What else are they supposed to do, really? Anyway, is this whole thing going to haunt you, so to speak, for the rest of your afterlife?

Nah, mate. I was bitter at first, but, y’know, I died pretty young and sexy — still had thick hair, a decent set of abs, hardly any wrinkles. Like James Dean, y’know? People will always remember me that way — they’re not forced to see me get old, tubby and bald or completely sell out my dignity or have to beg some casino operator in Wyoming to let me play some songs there once my last-ditch attempt to reclaim the popularity I had nearly 20 years ago goes belly up. So I get the last laugh! Ha ha ha! Haaaaaa ha ha ha! Oops, gotta go now — we’re preparing a welcoming party for Michael Jackson.