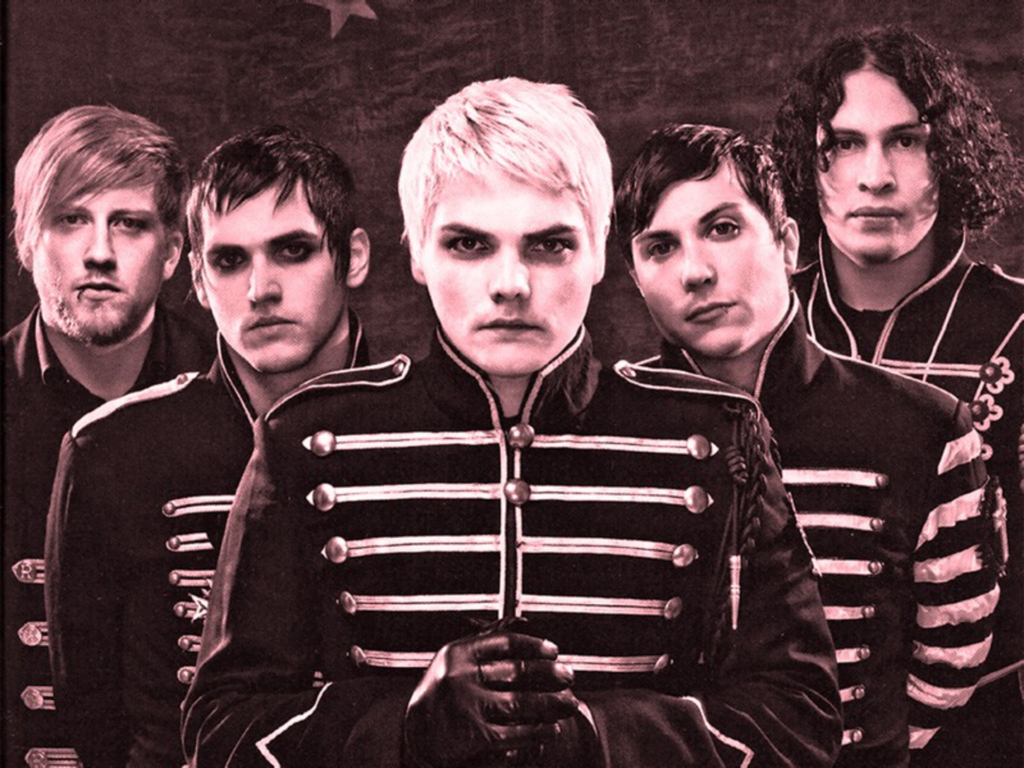 When My Chemical Romance’s last album, The Black Parade, came out in 2006, few fans of its gothic, theatrical rock anticipated the record’s sharp veer away from angry emo mopers, like “I’m Not Okay (I Promise).” The release of The Black Parade‘s title track heralded a new era in the group’s horror-ridden, grandiose history, one that saw the band embrace epic, rock-opera bombast somewhere between Queen and Pink Floyd. The New Jersey quartet’s new album is no less wild. Danger Days: The True Lives of the Fabulous Killjoys takes My Chemical Romance another step away from its eyeliner past, with the band shedding its Black Parade personas and taking on the identities of futuristic, Mad Max-like renegades. The glam pomposity of “Na Na Na (Na Na Na Na Na Na Na Na Na)” will blow minds and expectations when My Chemical Romance claims the stage on the second of 96.5’s “The Night the Buzz Stole Christmas” concerts.