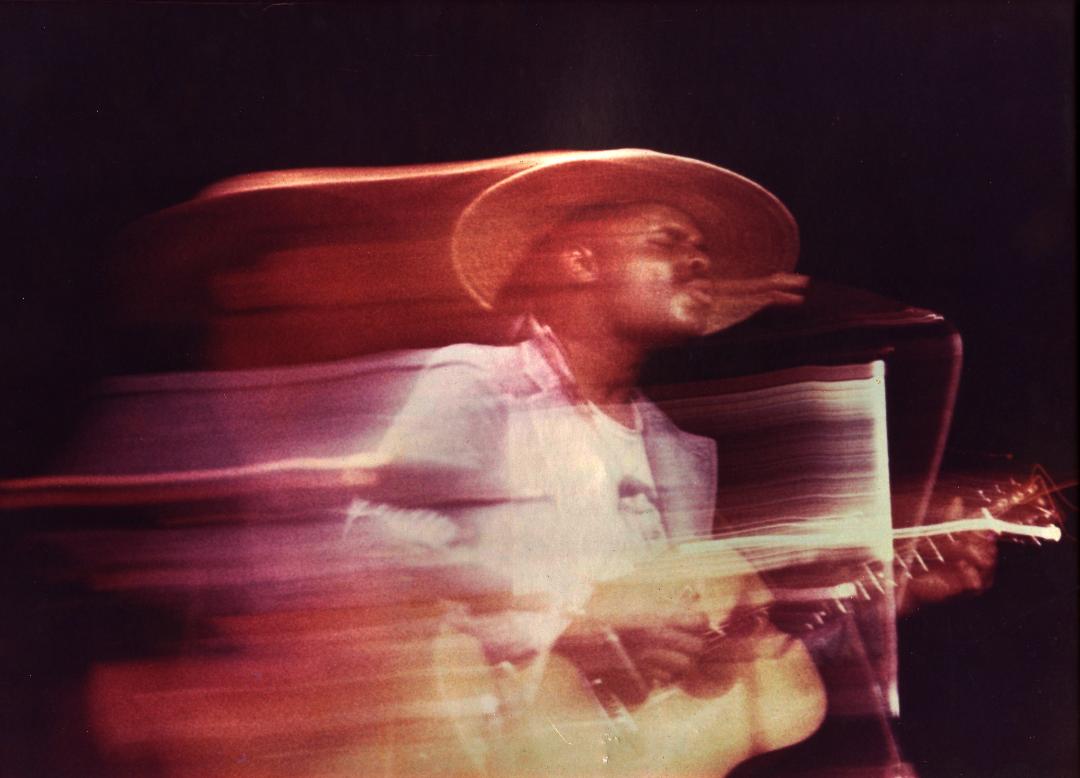 Musician Danny Cox’s resume is impressive: two LPs for Casablanca Records, one of the founding partners of the ’70s Kansas City venue the Cowtown Ballroom, and recently, a musical production about the baseball teams of the Negro League, entitled Fair Ball. Though the folk, blues, and roots musician has long performed in and around the area, it’s been 15 years since Cox’s last album, Danny Cox’s Troost Avenue Blues.

That changes with next week’s release of Young and Hot—Live at Cowtown Ballroom. Recorded live in the summer of 1973 on the Record Plant’s mobile recording truck, the four songs on the album see Cox taking music from his prior albums and stretching it out, reveling in the textures of the music. Thanks to the able assistance of Larry Knight on electric guitar, the recording sizzles with energy.

To celebrate the release of Young and Hot, the 50th anniversary of the Cowtown Ballroom, and his 78th birthday as well, Cox will take the stage at Knuckleheads on Sunday, July 18, with Max Groove, Lonnie McFadden, Joe Cartwright, Steve Mclane, and Kent Rausch. I hopped on the phone with Cox at the end of June to talk about the recently-unearthed recordings which form Young and Hot and his storied career, as his grandchildren laughed and played in the background.

The Pitch: This is a pretty impressive recording.

Danny Cox: Well, I’m telling you, you only have the energy when you’re that age, you know, and it’s amazing–not only the energy, but just you have no filters. As you get older, you expand as an artist and you get a little more filters. That day it was fun. It was fun to sing, too. I normally can’t stand and listen to myself, on the recordings and things, but I really enjoyed this one.

How did it feel, listening to these songs almost 50 years on from when you recorded and performed them?

Well, it was really like being on acid. [laughs] It was really interesting because first of all, Larry Knight just plays his ass off. I hadn’t been around Larry for awhile and it was just wonderful to hear what a great player was. And then all of a sudden I imagined how much greater he must be, after this time. It was just mind-boggling to hear myself take chances and play around was my voice. It was fun to listen to.

Where were these recordings for the last 47 years or so?

You know, Cowtown Ballroom had a radio program, which very few people in the city knew about. It was called Lee Jeans Presents every Friday night. We had Wally Heider who at the time was the epitome of recording excellence. We had his mobile truck and at the time, 16 tracks was top of the line. He had his mobile truck parked outside of Cowtown, and every Friday night we have the show.

Let me give me a line up with who was on the show, man: we had BB King, we had Seals & Croft. We had It’s a Beautiful Day, Mitch Ryder & the Detroit Wheels, Paul Butterfield–I mean, unbelievable! Paul [Peterson, Cox’s manager and partner at the Cowtown Ballroom] has had [the tapes] all these years and they should have disintegrated, but the Lord looked over and he kept them whole and we’ve had them available for the artists themselves to purchase and put out live recordings, but nobody was interested and we can’t do anything with them because we don’t have the rights to reproduce it.

We have the rights to broadcast them, but that’s a whole ‘nother thing and the cost of going into the studio and just listening to one of them is 150 bucks an hour. And who has a 16 track machine right now?

The songs on this album–I’m really impressed by how “Jelly Jelly” and “Me and My Uncle” are stretched out to almost twice the length than they were just a few years prior on Live at the Family Dog. What changed in those intervening three years?

Well, what would change was having a guy like Larry Knight and leaving space for him. Having him play and leaving a space for him to play and the difference was because they were both live recordings, but I think having, knowing Larry was back there and that he and I were just getting off on each other, it was wonderful. When that’s happening all the time in the music, time means nothing. That’s exactly how I can explain it: you’re getting off with another person playing. You’re just want to keep it going well, 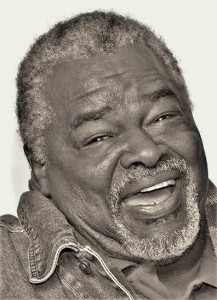 You started out as a folkie and so, I’m curious as to how and when did you come to the blues?

Well, no, actually I found folk music. To understand, I was raised three feet from a church. My uncle had a famous gospel group called the Silvertone Gospel Singers. I stood at their feet and listened to them rehearse every day. Gospel music and blues is the same thing and the only difference is this: instead of saying, “Help me, Jesus,” you say, “Help me, baby.” Exactly the same thing.

That’s what I grew up on. I grew up in listening to that, but my favorite thing was jazz. I’d lie on the floor and I had all these great records from the Bethlehem label and I would play them and listen to them. My brother had a horn band. Music was just so rich. My oldest brother was a trained opera singer, so I heard all kinds.

Within a year of the show that’s recorded on Young and Hot, you’d be on Casablanca Records. What was that label like, since you were on it just before Kiss and Donna Summer turned it into like this rock and disco powerhouse?

Kiss: Gene [Simmons] and I signed together the same day at the Chelsea Hotel in New York. Never forget that day. Neil Bogart and I, we had a relationship, because he had owned Buddha/Kama Sutra, right. Brewer & Shipley and another guy we managed called Chet Nichols had been on Buddha/Kama Sutra Records, so we knew him very well.

At that time, I was kind of a transforming from just an acoustic player. It happened when I did the record called Birth Announcement with Gary Usher and I played with the Wrecking Crew as my backup musicians and I started doing a little more R&B, you know what I mean? I still had my acoustic guitar as the centerpiece that everybody played around, but I was leaning towards R&B and blues and folk blues and that type of thing and I had started writing to my own material.

Before, I could take anybody else’s song and they were pretty much saying how I felt, but then times changed. My visions were a little different than everybody else’s, so the songs that everybody else wrote didn’t quite speak for me. That’s when I started writing.

So many of your early recordings featured a lot of covers, so it seems as though this album—that’s coming out for your birthday, no less—captures you in a real like transitional period in your life.

You’re absolutely right. It really did. I was transitioning into the–I don’t even know what it is, man [laughs]–this chameleon that I am. I’m one of these lucky people. I have these voices–and they’re real voices, not pretend voices. They’re voices that I grew up with.

Danny Cox performs at Knuckleheads on Sunday, July 18, to celebrate his 78th birthday and the release of Young and Hot–Live at Cowtown Ballroom. Details on that show here.