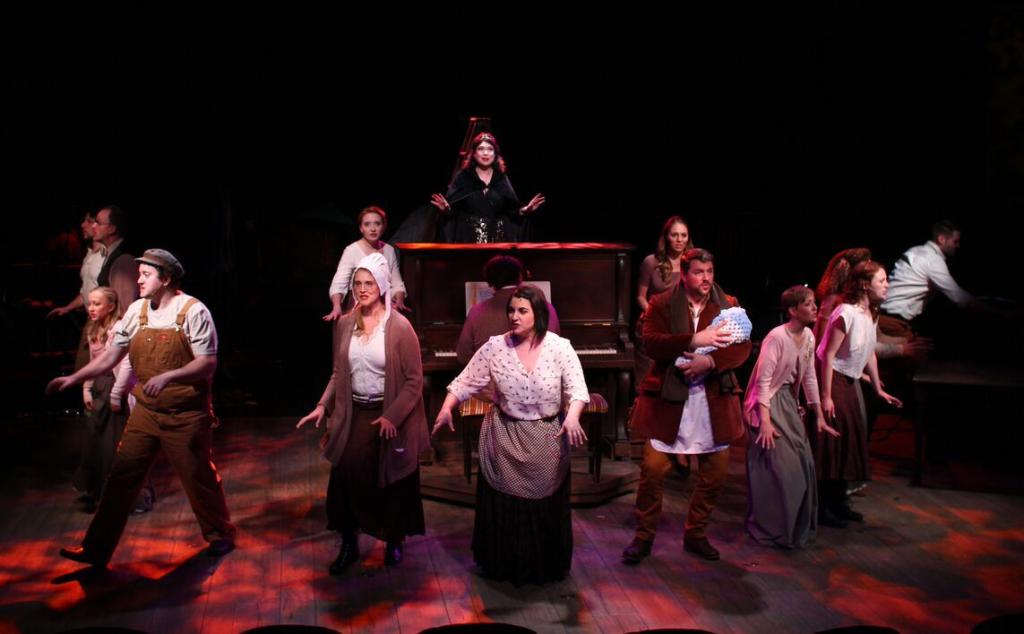 Stephen Sondheim affixes his style to fairy tales in Into the Woods, a combination that converts already dark-tinged stories into deeper, edgier entertainment.

The musical opened on Broadway 30 years ago to critical acclaim and several Tony Award nominations (winning three, including for James Lapine’s book and for Sondheim’s score) and has seen revivals and uncountable stagings since. The production at Musical Theater Heritage at Crown Center might be my fifth experience of the show, which also saw a star-studded movie version in 2014. In whatever form, the work’s musical arrangements and unpredictable lyrics still cause one’s synapses to fire.

It’s considered one of Sondheim’s more accessible works — people can relate to fairy-tale characters, after all, says George Harter, MTH founder, in opening remarks that offer background and a sort of Sondheim orientation. But Into the Woods also expands our view of storybook icons: Little Red Riding Hood, Jack and the Beanstalk, Cinderella, Prince Charming and Rapunzel, among others.

Here, director and music director Sarah Crawford abandons MTH’s oft-used format of standing mics for more flexible blocking while still preserving MTH’s compact and somewhat condensed storytelling style. Her clever stagecraft orients toward the theater’s center section, not playing completely to all the sides’ “primo” seats, and this becomes as much distraction as disappointment (though it provides a primo view of Jeremy Watson’s piano playing). It’s a briskly paced show — too brisk in places, particularly in scenes between the Witch (Val Fagan) and Rapunzel (Kayla Wilkins) — that punctuates the Woods’ comedic elements, even in the decidedly more serious Act 2. 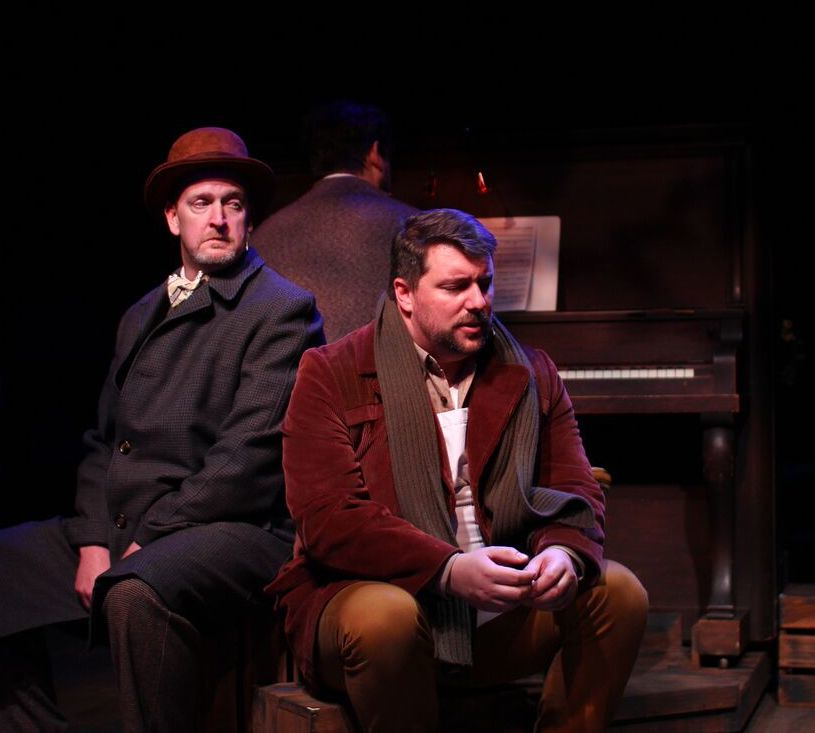 The nearly full house (an age-diverse crowd) at the matinee I attended clearly appreciated the work of Woods’ ensemble. Standout performances include those by Robert Hingula as the Baker; Samantha Barboza as the Baker’s Wife; T.J. Lancaster as the Narrator; John Cleary as both Prince Charming and the Wolf; Patrick Beasley as Rapunzel’s Prince; Korrie Murphy as Cinderella; Andrew Schmidt as Jack; and Zach Faust as the cow Milky White (very funny) and as Prince Charming’s Steward. (Faust was so transformed as the Steward, I might not have recognized him had I not seen him change his getup behind the center-stage-placed upright piano.)

Resonating throughout is the commanding performance of pianist and assistant music director Watson, who, though assisted by two other musicians (Micaela Barber on brass and Iona DeWalt on viola), dominates the score and rarely stops playing — well, during intermission, and for the snippets of dialogue unaccompanied by notes — for the two hours–plus runtime. He is a force.

Into the Woods is frequently produced by schools and community theaters, Harter says, while musicians like it because the score is so hard, so challenging. MTH’s interpretation is an energetic, rewarding diversion — though it skims Woods’ more challenging themes, it still remains hard not to like.