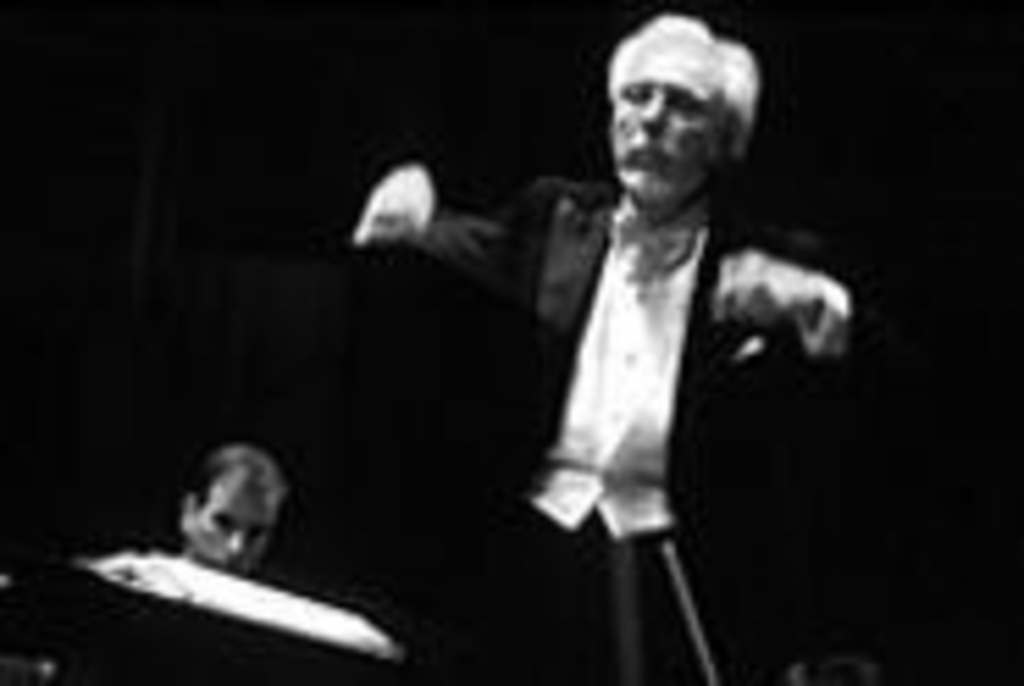 Aren’t you tired of big-time artists refusing to recognize Kansas City as a relevant tour stop? Everyone from Paul McCartney to Shakira routes right around us, rendering our town just another inessential highway exit between Chicago and Denver. Well, it’s payback time. This year, major names will beat a path to downtown KC and beg to play there regularly. And no, it won’t be because of the miraculously swift erection of the Chick-Fil-A Arena. These musicians will take the facilities we have now and like them, damn it!

For the next year or two, the Kansas City Symphony gets to play bachelorette while eleven worldly, classy men beg for her affections. The matchmaking symphony is already running a Great Date promotion, in which Web surfers visiting www.kcgreatdate.org can pose amusingly trivial questions (“How do you like your coffee?”) to animated caricatures of Brahms, Beethoven and Handel to discover which maestro best fits their tastes. Now the symphony has started subjecting suitors to its own inquiries. Recently single after parting on amicable terms with Music Director Anne Manson, who plans to devote more time to conducting European performances and operas, the highly eligible and reasonably wealthy symphony is attracting attention from top talent.

In addition to conducting many of the symphony’s programs, the director also has the authority to select and replace players. He or she becomes the face for the entire organization, representing the 78-piece orchestra and, on a larger scale, acting as the city’s classical music delegate. Manson’s successful tenure — artistically progressive and financially sound — makes the director’s chair gleam like a bejeweled throne. Nearly all of the eleven guest conductors (and unofficial director candidates) scheduled to lead the symphony during its upcoming season are current or former city-symphony directors who view the Kansas City seat as an upgrade.

And these aren’t refugees from some small-town string sensation, either. Mon dieu, Stefan Sanderling was once chief conductor of the Orchestre de Bretagne in Rennes, France; Michael Stern was appointed permanent guest conductor of the Orchestre National de Lyon. (Though Stern left that position after four years, its title implies he’ll always be welcome.) This cosmopolitan crowd also includes a gang of New Yorkers. (The Syracuse and Long Island symphonies and the New York Philharmonic are each represented.) Brazil, New Orleans, Frankfurt, Spain, Miami, Boston, Taiwan — they all turn up on these prospects’ résumés, but those towns’ quaint charms couldn’t satisfy their raging ambitions. Next stop: Kansas City.

One of the symphony’s biggest selling points is the proposed performing-arts center, which Board of Trustees President Shirley Helzberg recently described on KCUR 89.3’s Up to Date as a “tremendous edge.” Not shy about assessing the value of a diamond in the rough when it’s still in the fossil-fuel stage, Helzberg declared the center “absolutely a sure thing.”

The symphony’s artistic reputation and impressive standing lead the other lures. In some cases, familiarity might be a factor. Four of the guest conductors — Daniel Hege, Grant Llewellyn, David Lockington and Klauspeter Seibel — have led the symphony in the past, and Hege even served as assistant conductor during the 1995-96 season. Such experience with the orchestra might seem to provide a crucial advantage, but Executive Director Frank Barnes notes that symphony musicians have played with each of the guests at some point.

The guest conductors will have three days of rehearsal to get reacquainted with the orchestra, but Barnes says the players will make their decisions much sooner. “In terms of chemistry, musicians know it within the first ten to fifteen minutes,” he says. “There’s magic when they step up to the podium, a unique combination of communication, charisma and competence.”

Such lightning might strike only once, but audiences are guaranteed an impressive blend of these traits at every stop on this baton-passing relay. The rotating roster means conservative fare, with the orchestra clinging to familiar material as it adjusts to ever-changing leaders. But it also ensures that fans get an intense performance every night from a conductor playing as if his job depends on it.

Finally, after years of being stood up by major musicians, Kansas City will be wined, dined and kissed on the hand by a succession of standouts. It’s a no-lose proposition — months of solid dates, followed by a commitment.